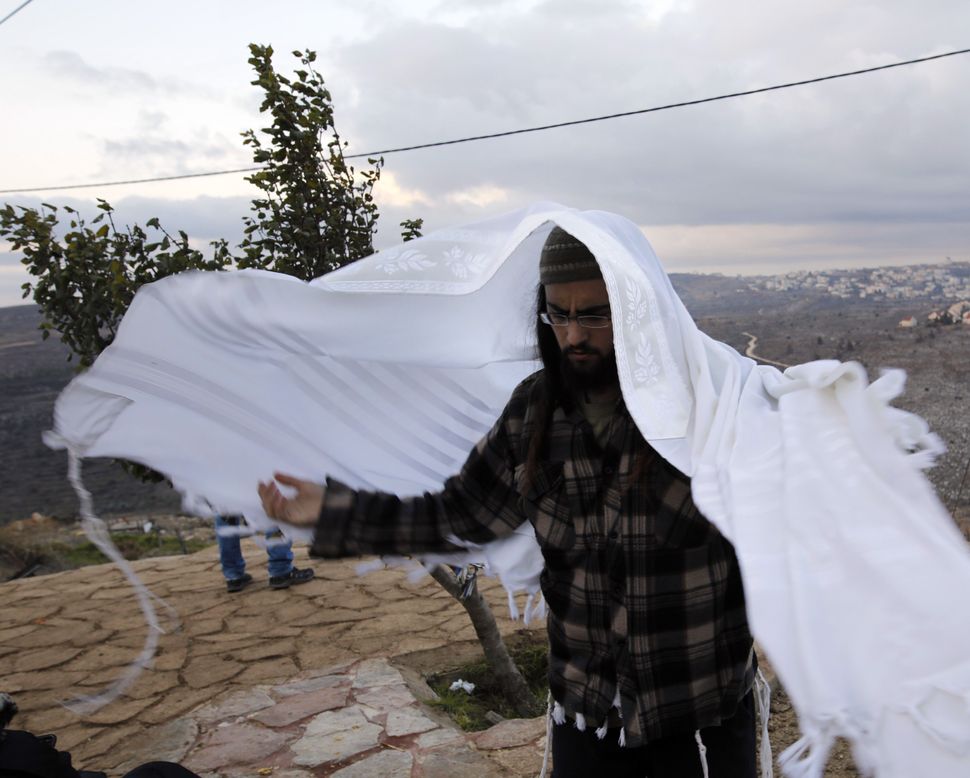 Saturday night, the West Bank hilltop Amona was transformed into a rave, as hundreds of religious teenage boys pumped their fists into the chilly air while a psychedelic van blasted techno music. Nearby, girls in long skirts and winter coats danced behind a wooden partition, out of sight of their male peers.

Revved up by a night of dancing, the teens planned to defy Israeli soldiers — some violently — whom they believed were on the way to evict the wildcat outpost. Amona is slated for eviction by December 25, after the Israeli High Court ruled that it was partially built on private Palestinian land. At the entrance to the community stood a black water tank and a pile of tires — materials for a makeshift barricade.

Partying hard in Amona until the evacuation forces come pic.twitter.com/Xf61CufH7e

Yet by early Sunday morning, no troops had arrived. After feverish discussion, Amona residents approved a last-ditch government plan to peacefully relocate most of the 40 settler families to a nearby plot of land. The remaining families would be temporarily moved to the nearby Ofra settlement.

Eli Greenberg, the Amona spokesperson, called it the “most difficult” decision the community ever made on Twitter.

The only people who were against the deal, he said, were the community’s teens. On Saturday night, they had been joined by hundreds, possibly thousands, of their peers from West Bank settlements and Israeli towns, some bussed in by a Jerusalem yeshiva, others in private cars. The boys wore knitted skullcaps with ritual fringes hanging from beneath winter coats. The girls, with long hair and flowing skirts, covered their shoulders with blankets. 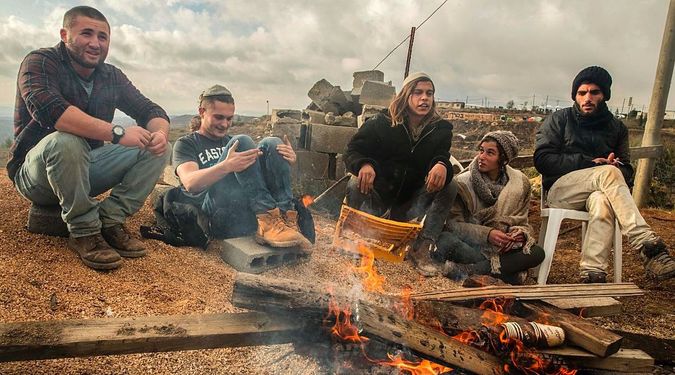 “The Sabbath is ending. After you are done praying, call you friends and ask them to come,” a man said over a loudspeaker from Amona’s tiny town center, where two girls sat in plastic chairs with an “information” sign, directing youngsters where to find food and shelter. Around the corner, a boy was ladling cream soup into paper cups as a line of teens formed in front of him.

Shlomo Kleinman, a fresh-faced 18-year-old, came from the Shiloh settlement, which had sent at least 20 other others. It was his second time in a week traveling to Amona, which is about eight miles away. His parents were “OK” with his trip. Kleinman said he had no intention to act violently toward soldiers, but he said they would have to drag him out.

“We’re here to say we don’t give up on our land so quickly,” he said. “That’s what we want to tell the people and the world.”

Greenberg, who was hosting some 40 teens in his family home, said he was “proud” that so many youngsters had braved the cold weather to defend Amona.

“We succeeded in raising our sons and daughters to be idealistic,” he said, as two boys in hooded sweatshirts jumped up and down on the roof of the van.

As night fell, the voice over the loudspeaker asked the teens to turn off the music so that the families of Amona could get some rest ahead of the possible demolition the next day. The voice also admonished the youngsters to leave the press alone — apparently an Israeli TV vehicle had its tires slashed.

Amona’s town center began to empty out, but for a few dozen boys. A pair chatted about what would be better — to barricade themselves inside of a home or to stand in the street against the Israeli army. Some started a quiet drum circle. Others began fusing metal bars onto Amona’s caravan trailers with buzzing welders, reinforcing the buildings against the army. 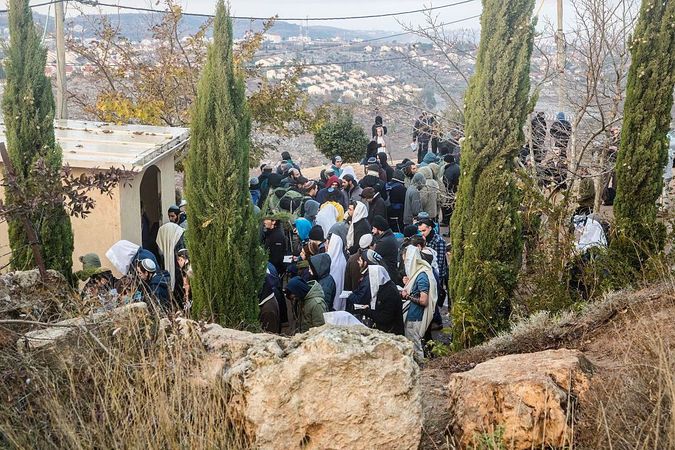 At sunrise, red-eyed boys began filtering back into the town center, making their way to the synagogue or to pray in the open air. Benzi Gopstein, the leader of the Lehava, a group that opposes relationships between Jews and Arabs, walked around in a full body snowsuit.

Amona had endured another night. With no soldiers in sight, a few boys trickled out, thumbing a ride on the main road.