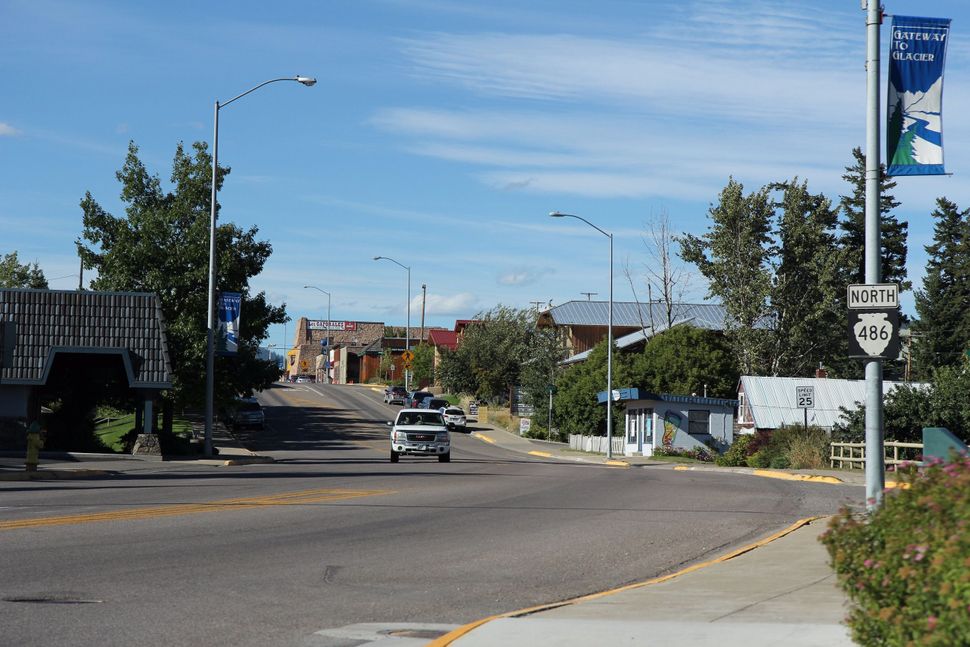 For two years, the quaint town of Whitefish, Montana, has been the unlikely site of a showdown against white supremacy.

Now, amid agitation by local activists against a resident white supremacist and his family, neo-Nazis have made a public call for harassment against the Jews in his predominantly white and Christian area.

“The heat is on for the Jewish community in Whitefish,” said Rachel Carroll Rivas, co-director of the Montana Human Rights Network.

Richard Spencer, the figure largely responsible for popularizing the term “alt-right” has roots here. As Spencer’s profile has risen along with that of President-Elect Donald Trump, Whitefish’s human rights group, Love Lives Here, has been working to distance their town from the values espoused by the “alt-right.” The group has held rallies in support of liberal causes, like the plight of refugees, and spoken out against bigotry in public forums.

Montana is among the whitest states in the country. Most people are Christian. Less than 1% are Jewish. The Flathead Valley, though, is a sort of Jewish hub. The city is home to the non-denominational Glacier Jewish Community, helmed by Rabbi Francine Roston, once described as one of “the Conservative movement’s rising stars.” Roston serves a Jewish community of more than a hundred individuals and families.

Spencer has emerged as a charismatic voice of the “alt-right,” the label preferred by contemporary white supremacists. His group, the National Policy Institute, is a group dedicated to promoting “white identity” and Spencer has spoken about his dream of establishing a white ethno-state, a homeland “very similar” to “how Jews conceive of Israel.” Spencer has suggested he would consider running for Congress in Montana should the current representative depart his post to serve in Donald Trump’s nascent presidential administration. 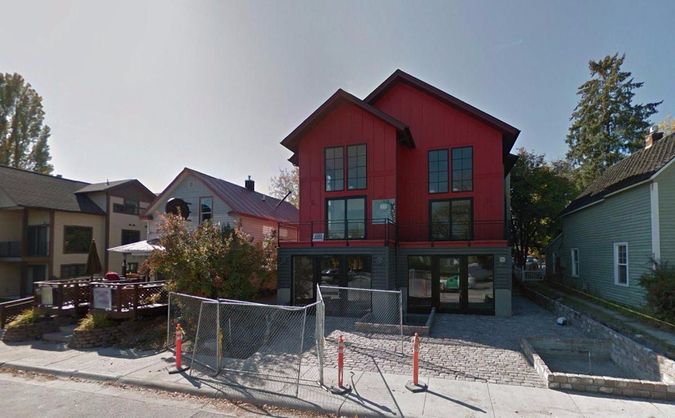 The Spencers are preparing to sell their property, alleging harassment from local activists. Activists say they are protesting white nationalist ideology, not targeting the family. Image by Google

Members of Love Lives Here say they never intended to single out Spencer’s family. But Tanya Gersh, a local real estate agent sympathetic to group’s message, pressured Spencer’s mother, Sherry Spencer, to sell a building she owns in Whitefish and to denounce her son. The building, a rental property, currently has no known connection to Richard Spencer or to his policy institute.

Gersh told a local ABC Fox network that Sherry should address the situation by “selling the building, making a donation to human rights efforts, and making a statement in opposition to white supremacist ideas spread by Richard.”

The Spencer family, in an email to the Daily Interlake said they are preparing to sell the property. But Sherry Spencer also posted emails from Gersh in which Gersh pressed her to sell the property to preempt planned protests against her, and offered to broker the building’s sale for a commission “and donate much of my commission to local Human Rights Networks.”

The uploaded emails do not include Spencer’s own replies to Gersh.

Amidst the controversy, Sherry and her husband Rand also wrote in a Daily Inter Lake op-ed that they do not support their son’s politics: “We are not racists. We have never been racists. We do not endorse the idea of white nationalism.”

Still, Sherry also wrote, in a December 15 Medium post, that she felt unfairly targeted: “Whatever you think about my son’s ideas — they are, after all, ideas — in what moral universe is it right for the ‘sins’ of the son to be visited upon the mother?” she wrote. “All I wanted to do with the building was help Whitefish.”

Seeing a liberal plot targeting their “alt-right” hero Spencer, white-supremacists are rallying. The Daily Stormer, a neo-Nazi website, has issued a “call to action,” against Jews who, the website charges, are responsible for the agitation against Spencer. The webpage devoted to the issue features photos of three locals it identifies as key Love Lives Here activists. Large yellow stars bearing the label “Jude” are photo-shopped onto their lapels.

“There are only 6,000 Jews in the entire state of Montana, yet they’re 100% of the people trying to trying to silence Richard Spencer by harassing his mother,” the website declares.

The site offers an official disclaimer that it opposes violence and warns its followers, “Don’t ever do anything illegal, ever.” But in its headline it does command readers: “TAKE ACTION!” and adds further down, “It is well within your rights to tell these people what you think of their actions, trying to extort Richard Spencer’s family.”

“Jews Targeting Richard Spencer’s Mother for Harassment and Extortion,” reads a Daily Stormer post about Whitefish. While the site offers an official disclaimer that it opposes violence, they do command readers: “TAKE ACTION!”

In an update to the Medium post, Sherry did not address the white supremacist flare-up, but did ask readers to stay “within the bounds of respectful, civilized discussion of this matter by refraining from abusive comments or targeted harassment of any of the parties involved, or their families.”

Following the call from Neo-Nazi sites, city council members in Whitefish have been targeted, and local businesses that support human rights are being harassed online, according to Rivas. And Jews, in particular are being singled out. Prominent Jews, including a rabbi, have found themselves at the center of the fray — and are being targeted for their grassroots organizing.

“This is the Jews for you, people,” Andrew Anglin wrote on Daily Stormer. “When you do something they don’t like, they will use the power of the media to come down on you, assassinate your character… If all of that fails, they will attack your mother.”

Updated, 1:00 p.m. 12/21/2016: This article has been updated to include mention of emails from a local realtor, Tanya Gersh, to Sherry Spencer, in which Gersh pressed Spencer to sell her property.