In Montana, Activists and a Rabbi Resist the Resident White Supremacist 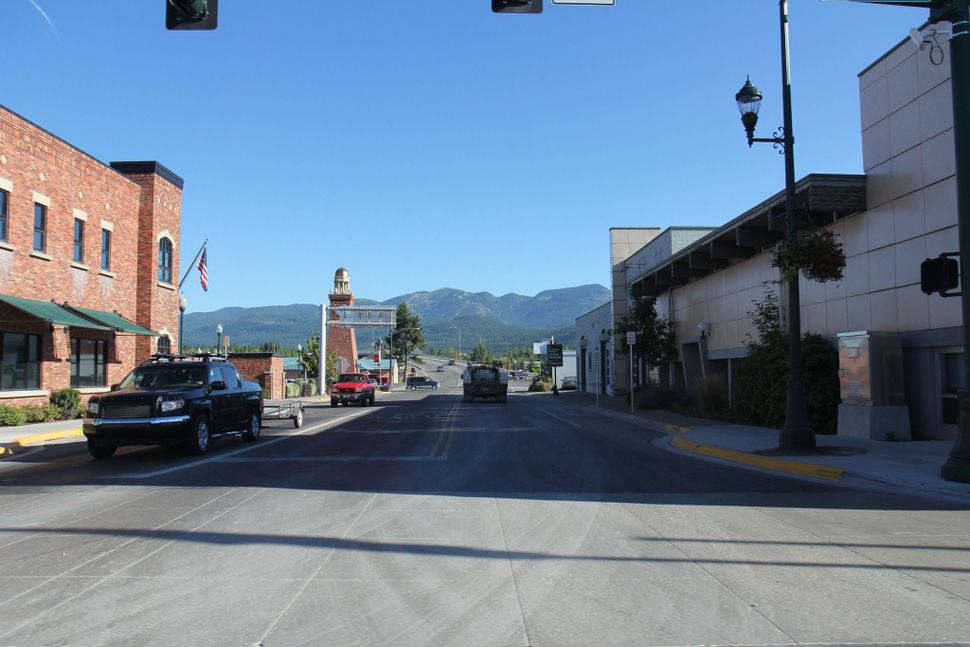 The small city of Whitefish in Montana’s Flathead Valley may seems like an odd battleground in the fight against white supremacy. The city is in a pristine valley, between the snow-capped mountains of Glacier National Park and the peaceful Flathead Lake. Every winter, the town of Whitefish fills with visitors who come to ski the slopes of the mountains that rise on the horizon.

But the city has a white supremacy problem. And residents are organizing to push the ideology out of their town.

Richard Spencer, the high-profile spokesperson of the so-called “alt-right,” a loosely organized group of white nationalists, lives part of the year here. Spencer’s parents are based here, and his mother Sherry owns property downtown. Though Sherry has said she “unequivocally” disagrees with her son’s “extreme positions,” Richard lists the town as the principal office of his white nationalist group National Policy Institute. 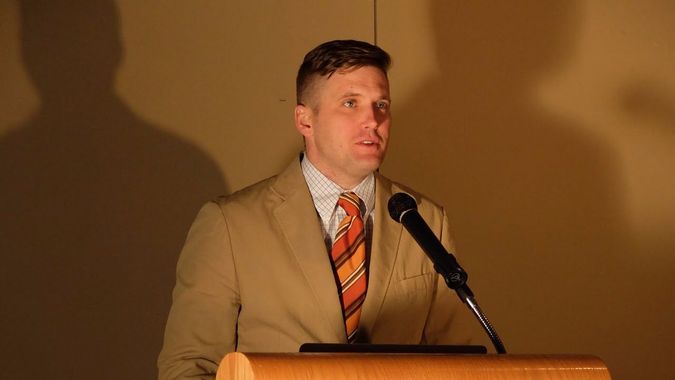 All of this alarmed residents.

Montana is among the whitest states in the country. Most people are Christian. Less than 1% are Jewish. The Flathead Valley, though, is a sort of Jewish hub. The city is home to the non-denominational Glacier Jewish Community, helmed by Rabbi Francine Roston, once described as one of “the Conservative movement’s rising stars.” Roston serves a Jewish community of more than a hundred individuals and families.

Roston moved to Montana from New Jersey two years ago. Some of her congregants were once led by Rabbi Allen Secher, a now-retired spiritual leader. Roston has been involved in the campaign effort against white nationalism, partnering with a local human rights group known as Love Lives Here, where Secher has been involved, too.

In 2014, Love Lives Here urged the city to bar Spencer from conducting business in town, but ultimately settled for a city resolution condemning hate groups. Since then, the group has pushed for a series of similar “anti-hate” ordinances, most recently passing another on December 5.

“We certainly don’t want his ideology considered part of the Whitefish community,” said Ina Albert, an 81-year-old activist who describes herself as “very Jewish.” She was raised in Philadelphia and moved to Montana with her husband, the former pulpit rabbi. “This is one of the most beautiful places on earth.”

But Spencer’s rising profile continues to thrust the small town into the spotlight.

“If we don’t stand up and say something, people will assume we’re fine with him being here and we’re not,” said Will Randall, chairman of Love Lives Here.

Love Lives Here began protesting against Spencer in 2014. They didn’t want to see their town associated with his ideology, activists said. Since Spencer began making national headlines the group has been holding rallies to promote values they see as important to the community — speaking about bullying and refugee resettlement, for example, and visiting local schools and distributing educational materials. 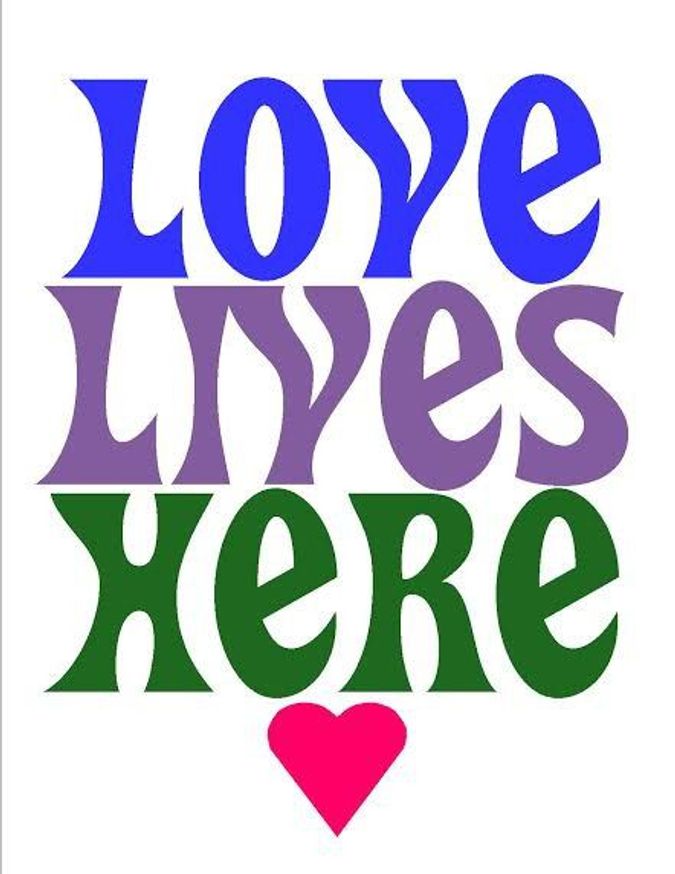 A group of activists in Whitefish, Montana, do not want to see their town associated with white nationalism. Image by Courtesy of Love Lives Here

“We’ve become the address for people who are concerned about instances of bigotry and racism,” said Roston. “Spencer and his public positions are antithetical to the city of Whitefish.”

This isn’t the first time Whitefish has dealt with white supremacists. Locals described an earlier cohort of white nationalists who live in the area. One woman held a film screening at the local library where she showed a Holocaust-denial movie. Roston also described her son hearing a group of students singing a song for Hitler at his local school.

But Spencer was more alarming to the Whitefish residents than schoolyard taunts or more backwoods Neo-Nazis.

“He’s really trying to appeal to the intellectual racists,” said Randall, who is also chairman of Love Lives Here. “We’ve got a fair share of white supremacists here but they’re marginalized.”

“They can talk on the internet and talk among themselves,” Randall said. But Spencer, Randall said, has a “megaphone.”

Spencer’s mother, Sherry, claims that her business in town has suffered because of the work of Love Lives Here. Sherry Spencer’s property is located in Whitefish’s downtown historic district. Richard Spencer had once owned a stake in the property, but now no longer does, his father told the Daily Inter Lake.

There are vacation rentals on the top floor and businesses lease at street-level.

Neither Sherry, nor her son Richard, responded to messages from the Forward requesting comment.

But in a written statement given to a local TV station, Sherry Spencer said her business is suffering because of the activist group.

“We are stunned by the actions of Love Lives Here, an organization claiming to advocate tolerance and equal treatment of all citizens, yet causing financial harm to many innocent parties,” Shelly Spencer said.

Richard Spencer now lists Arlington Virginia as NPI’s headquarters and says he plans to spend more time in Washington D.C. as the “alt-right” continues its efforts to influence the mainstream.

What’s at stake for the city of Whitefish, activists say, is public perception.

Donald Trump, a hero to the “alt-right” roundly won Montana in the presidential election. The state is also among the whitest in the country and the city itself is 96% white.

The efforts of this small group of activists appears, more than anything, to be an effort to send a message: Despite appearances, Trump and the “alt-right” don’t represent everyone here.

“While everyone is welcome in Whitefish, including Richard Spencer,” said Lisa Jones, public relations manager for the Visitors Bureau, “we need to be clear that Mr. Spencer’s extreme ideology and current national media reach citing his ties to Whitefish do not represent the values of the Whitefish community.”

At recent holiday-themed Love Lives Here event, the group rallied to deliver a message that “everyone is welcome here,” Albert said. Jewish leaders came out; two ministers were in attendance. There was singing and a public lighting of Shabbat candles and a Christmas Tree. Albert even read a short story she had written called “Jolly Judah the Hanukkah Elf.”

Correction: An earlier version of this article misstated that Rabbi Francine Roston had known about “alt-right” leader Richard Spencer before moving to Montana. She did not know about Spencer before relocating to the state. The earlier version story also stated that Love Lives Here had distributed fliers with information about the Spencer family and the “alt-right.” While Love Lives Here has led grassroots demonstrations to decry Spencer’s group having a foothold in the city, the fliers did not include information about Spencer’s family and the “alt-right.”

In Montana, Activists and a Rabbi Resist the Resident White Supremacist