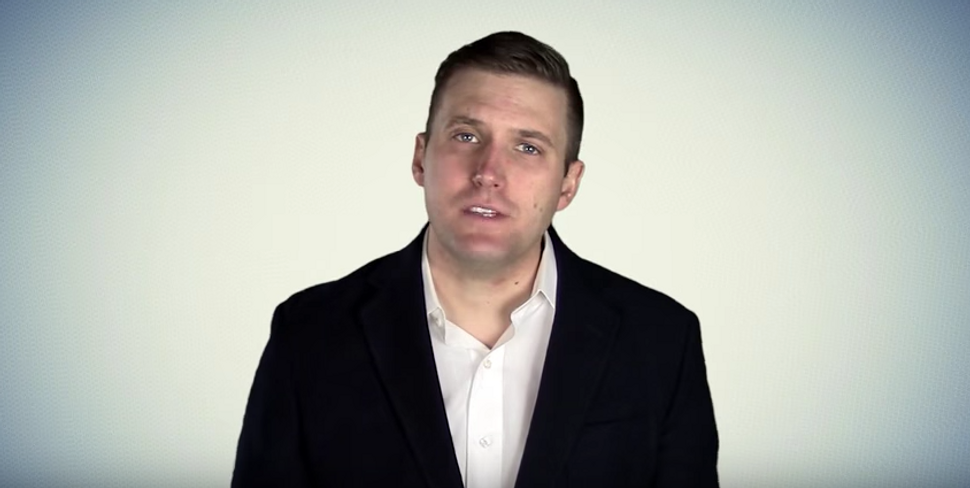 Richard Spencer is the chairman of the vaguely-named National Policy Institute, a white supremacist think tank, and the founder of Radix Journal, one of the movement’s primary publications. He’s one of the “alt-right’s” most visible leaders, and relative to others, has tried to give it a more moderate, intellectually refined image.

He has, for example, included a gay speaker at a past conference, and instead of indulging in rabidly anti-Semitic rhetoric like his fellow traveler, the neo-Nazi Andrew Anglin, he has described Jews as an out-group ally who can help legitimize the idea of white identity.

Spencer makes his pitch in this slickly produced video, posted on YouTube last December. In it, he urges white people to rediscover what he believes is their lost identity, evoked by images such as blinking blue eyes, a cowboy and a portrait of Napoleon. In the video’s final minutes, Spencer flashes an image of an Israeli flag to identify an ethnic group — the Jews — that he argues whites should emulate in “asserting” their own identities.