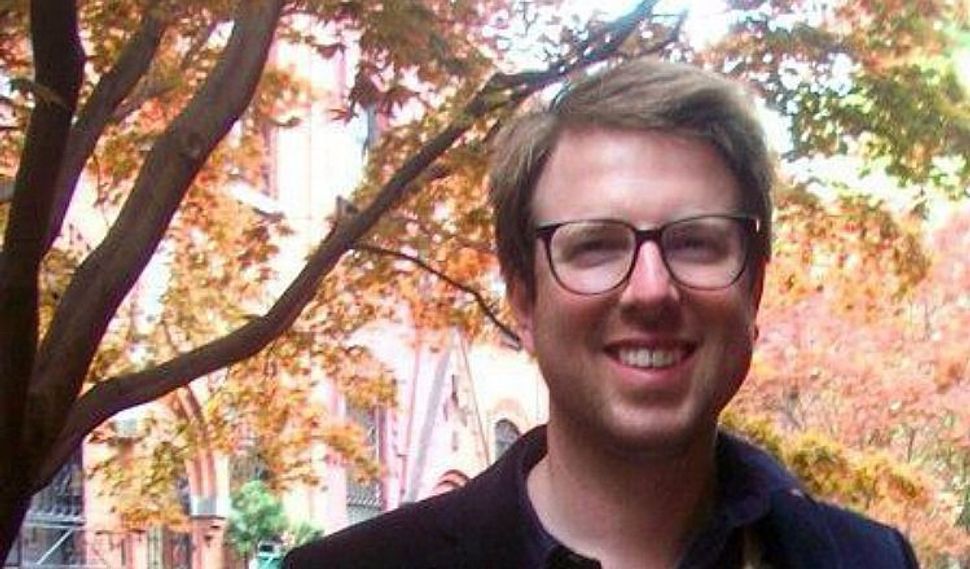 A Brooklyn-based lawyer named Dan Goldstein yelled at Ivanka Trump and was kicked off a JetBlue flight this week. That didn’t sit well with all the other Dan Goldsteins out there — or at least most of ‘em.

Dan Goldstein, a researcher with Microsoft in New York, changed his Twitter name to “Not JetBlue Person” after the news broke about his namesake’s fracas with the future first daughter. He bolstered his “not JetBlue” credentials Thursday, tweeting, “Apart from a BMX bike accident at age 12, I have never been thrown off a form of transportation.”

Earlier, he wrote, “I haven’t flown JetBlue in years.”

That’s not my picture. I’m not a lawyer. I don’t live in Brooklyn. I haven’t flown JetBlue in years. Hundreds of people have this name.

Another Daniel Goldstein led Brooklyn residents who opposed the construction of the Barclays Center and Atlantic Yards development project. Their ultimately failed struggle was the subject of a 2012 documentary film. He also was not on that JetBlue flight.

Dr. Daniel Jacob Goldstein is a cardiovascular and thoracic surgeon working at the Montefiore Greene Medical Arts Pavilion in the Bronx. Daniel Goldstein is an account director at Refinery29, Inc.

The list goes on. At least 55 Daniel Goldsteins live or work in New York alone, according to a LinkedIn search. There’s plenty more scattered elsewhere – in Oregon, Indiana, and overseas.

Not all Dan Goldsteins are running away from the association with the guy who gave Ivanka a piece of his mind. 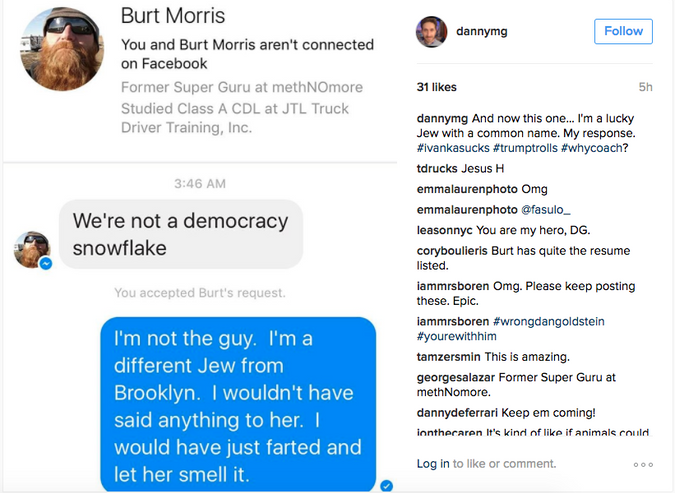 Broadway director Dan Goldstein is unrepentant about what was done with his name. Lately he’s been getting messages from people who think he was on that fateful flight. One man wrote to him, “We’re not a democracy snowflake.”

“I wouldn’t have said anything to her,” said that Dan Goldstein, who identified himself as a “different Jew from Brooklyn.” “I would have just farted and let her smell it.”