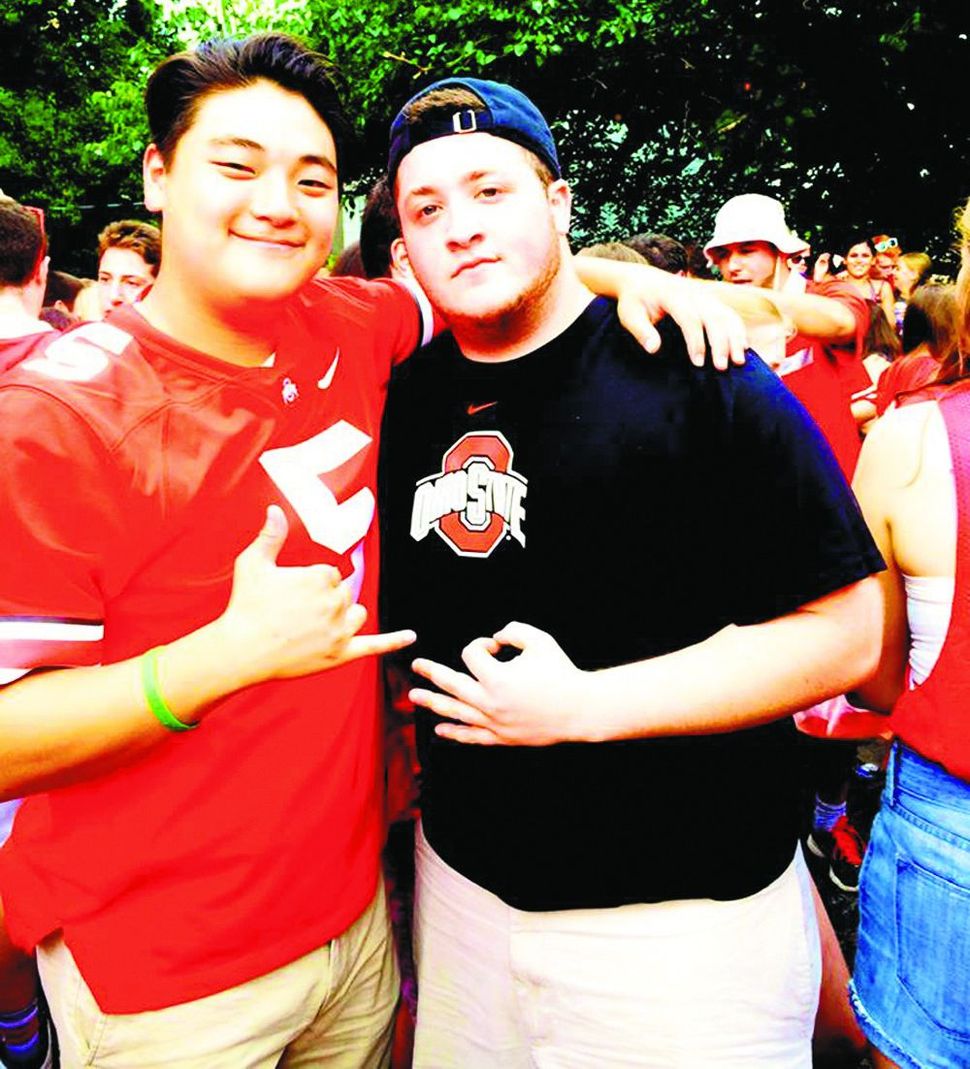 Brothers — But Then, Not: The close friendship between Eun Bae (left) and AEPi member Robbie Pearlmutter moved Bae to bid AEPi at Ohio State, which admitted him — until pressure from national AEPi officials forced the frat to rescind the offer. Image by Courtesy of Eun BaE

College campuses today can whiplash many young Jews with two seemingly contradictory big ideas: the importance of openness, equality and non-discrimination; and the importance of taking pride in and asserting the values that stem from one’s own cultural background.

An investigation by the Forward in September demonstrated that the tension between these two principles was nowhere more evident than in Jewish fraternities. And the largest of those fraternities, AEPi, has been at the nexus of this tension.

By its own self-description, AEPi is a “Jewish fraternity, though nondiscriminatory and open to all who are willing to espouse its purpose and values.” But with increasing frequency AEPi’s national office has been pressuring its house chapters on campuses around the country to reject non-Jews who want to rush the fraternity, and even get rid of some they have accepted. In one case, at The Ohio State University, the national office forced the AEPi chapter to eject a popular young Korean student it had already taken in.

The fraternity’s national office appears concerned first and foremost with maintaining an enduring sense of Jewish cultural cohesion for its young members amid a situation in which other once-Jewish fraternities have simply dropped their Jewish self-identity. But young Jews on campus are left confused at the mixed message they are getting not just from their campuses but the AEPi’s own mission statement.