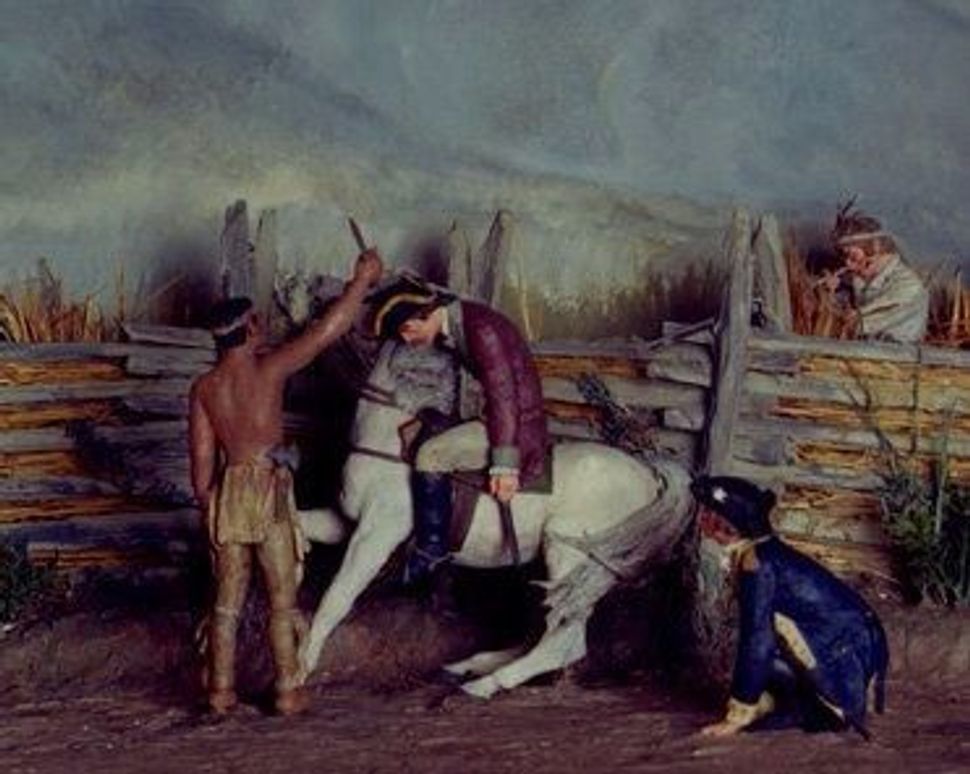 Editor’s note: We’ve republished this article, which originally ran in 2017, in honor of the 245th anniversary of Francis Salvador’s death.

(JTA) — Long before 30-somethings Jared Kushner and Ivanka Trump had the ear of President-elect Donald Trump, a 27-year-old became the first Jew to ever hold elected office in what would become the United States.

Francis Salvador, who became a member of the South Carolina Provincial Congress on Jan. 11 in 1775, wouldn’t fit the typical profile of an American Jew today. Far from being a New Yorker or South Floridian with roots in Eastern Europe, Salvador was the scion of wealthy British Sephardic Jewish landowners.

The first Jews to settle in the British colonies were Sephardic, centuries before waves of Ashkenazic Jews from Germany, Poland  and Russia arrived around the turn of the 20th century, changing the face of American Jewry.

Born in 1747 in London, Salvador immigrated to South Carolina alone in 1773 when his family lost its fortune, according to Jewish Virtual Library. He settled in Charleston, at that point one of the Thirteen Colonies’ largest Jewish communities, and took over a plot of 7,000 acres owned by his uncle.

The following year, Salvador was elected to the Provincial Congress as one of 10 representatives from the second-most populous district in the colony, according to Politico. Salvador supported American independence, rallying his colleagues to the cause and negotiating with South Carolinian British loyalists to make sure they wouldn’t actively aid King George III’s army.

In 1776,  Salvador became known as the “Southern Paul Revere” for warning American troops of the approach of the British fleet, which he saw from his estate. Because of his warning, the colonists were able to defend the port. According to Jewish Virtual Library, Salvador also rode 30 miles on horseback to warn colonial troops of an approaching attack by Cherokees.

Soon after, on August 1, 1776, Salvador added another “first” to his legacy — the first Jew to die fighting for American independence. Troops under his command were ambushed by a combined force of Cherokees and Tories. Salvador was shot and scalped, and died at age 29.

“When I came up to him after dislodging the enemy and speaking to him, he asked whether I had beaten the enemy,” Major Andrew WIlliamson said at the time, according to Jewish Virtual Library. “I told him ‘Yes.’ He said he was glad of it and shook me by the hand and bade me farewell, and said he would die in a few minutes.”