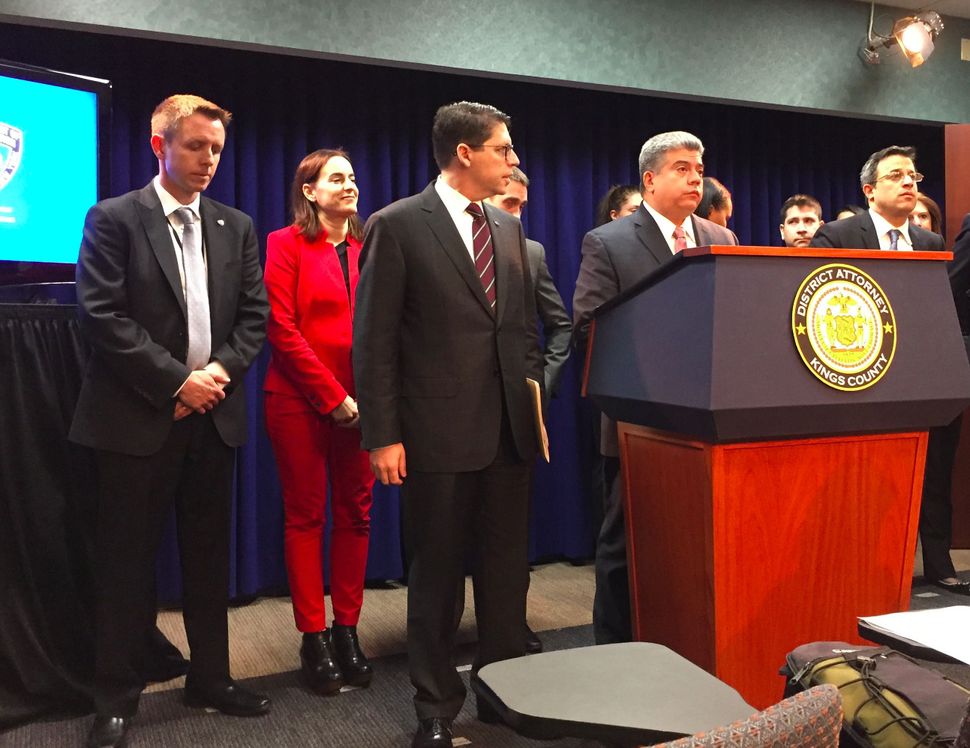 Authorities in Brooklyn arrested dozens of people, including a number of Jewish landlords and property managers, in a dangerous scheme to install gas meters in buildings where the gas lines had not yet been inspected for safety.

Gas company insiders allegedly took bribes from landlords unwilling to wait for the meters to be installed legally.

When the city’s Department of Buildings went back to inspect the gas meters after the scheme was uncovered, they found that some of the building owners had used a sort of cheap plastic piping that contributed to recent gas explosions in Manhattan that killed two people.

“For pure greed, they operated a criminal scheme that had no concern for safety rules and regulations,” said Brooklyn’s acting district attorney, Eric Gonzalez, at a Thursday press conference.

Current and former employees of National Grid, the public utility that provides gas service in Brooklyn, led the scheme. Many of the people arrested for paying for the illegally installed gas meters are Hasidic Jews residing in the Williamsburg section of Brooklyn. 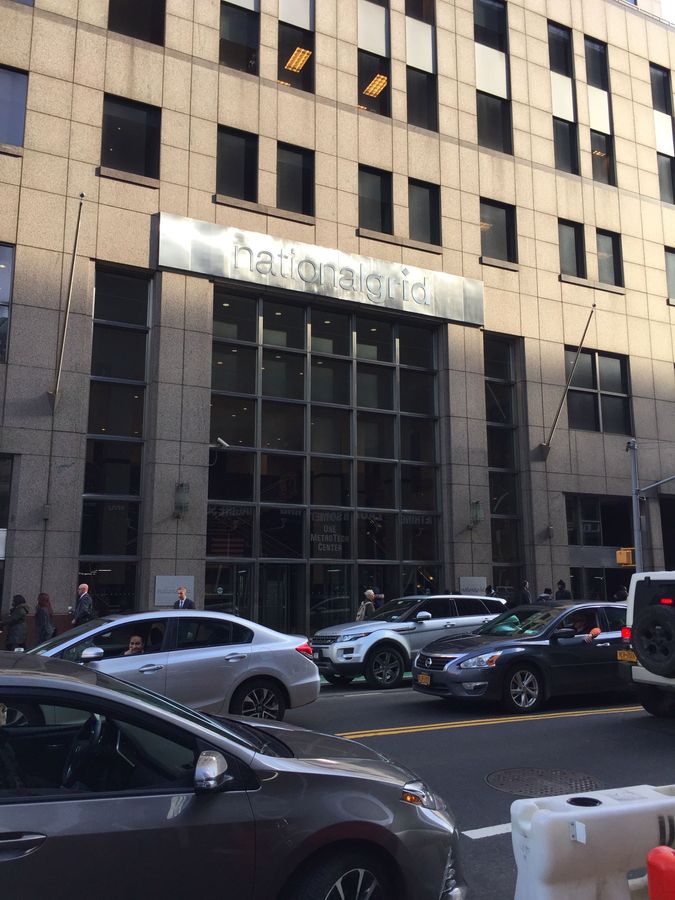 At the press conference, prosecutors played a wiretap recording of the scam’s leader, Weldon Finlay, discussing an installation of a meter with a Hasidic man from Williamsburg, Shia Wolf Ostreicher, who was also charged. In the conversation, Finlay complained that one of his allies within National Grid was nervous about getting caught.

“I have special medication for that,” Ostreicher said. “You know what the medication is?… Did you ever know about President Franklin? Benjamin Franklin?”

Prosecutors charged seven people for running the scheme, four for assisting them and another 26 landlords, property managers and contractors for a variety of crimes, including bribery and falsifying business records.

Prosecutors acknowledged that the long wait for gas meter installation on a newly constructed or renovated apartment in Brooklyn could cost landlords thousands of dollars in missed rent. The chronic delays had incentivized building owners to seek ways to cheat the system.

The alleged scammers exploited that inefficiency.

According to prosecutors, Finlay was a former National Grid employee who left the company in 2010. Landlords would ask Finlay to install a gas meter in an apartment that had not yet been inspected. In return for an average fee of $1,500, Finlay would have two confederates inside National Grid dispatch the order and install the illegal meter.

“Those who engage in these schemes show utter disregard for the safety of every person living and working in this great borough,” Gonzalez said.

Prosecutors say that hundreds of thousands of dollars in bribes were paid to the scammers between January and June of 2016.

“The community of corrupt landlords and construction folks is large, but not that large, and a lot of them know one another,” said Mark Peters, commissioner of the city’s Department of Investigation, which was also involved in the case, explaining how the landlords found Finlay. 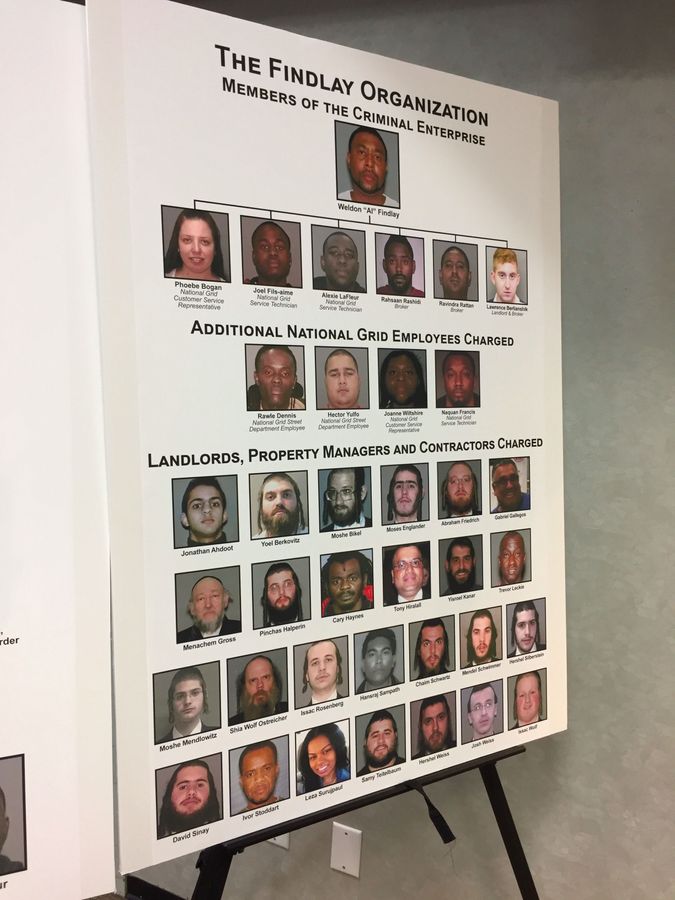 Photos of individuals charges by the Brooklyn District Attorney’s office, on display at Thursday’s press conference. Image by Josh Nathan-Kazis

The Department of Investigation uncovered the alleged scheme while listening in on a wiretap in an unrelated investigation. Peters, the commissioner, said that his office had made recommendations to National Grid to improve their internal controls, but that if they didn’t, the company could suffer.

“If National Grid makes these changes swiftly, they will deserve the trust necessary to continue as a public utility,” he said. “If they do not, my office will meet with their regulator…and will insist on necessary government intervention in their operations.”