Will This Holocaust Survivor, Tailor to Presidents, Dress Trump? 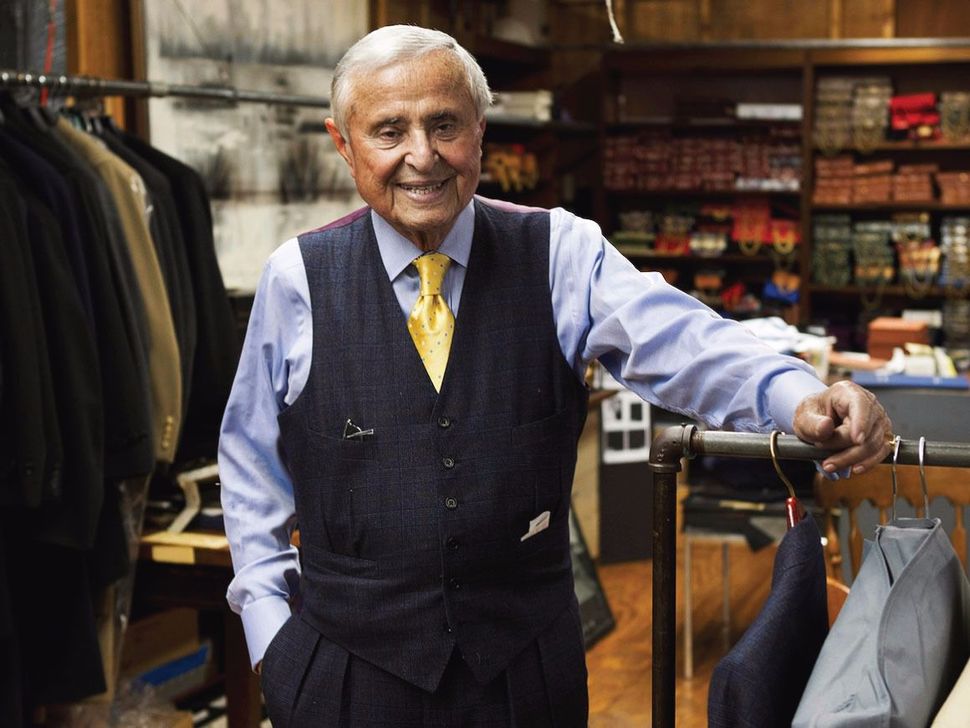 Martin Greenfield has been a tailor to the presidents, from Dwight Eisenhower to Barack Obama. As President-elect Donald Trump prepares to take office on Friday, it’s unclear if the new leader will get some threads from the 88-year-old Holocaust survivor.

“We made some suits for him right before he decided to run, but we haven’t made any since he began the campaign. We’d be honored if he asked us to make him some more suits,” said Martin Greenfield’s son Jay Greenfield, vice president of Martin Greenfield Clothiers, in comments to the The Times of Israel. “We make clothing for people. We don’t care about political affiliation. We are pleased to make people look good on both sides of the aisle.”

Martin Greenfield, who’s reported to still work six days a week, is originally from Czechoslovakia, and he lost his entire family at Auschwitz-Buchenwald.

He moved to New York City after the war, rising through the ranks of Brooklyn’s GGG clothing brand, which he eventually bought and renamed. The first president he sewed for, Eisenhower, oversaw the army that liberated him from Buchenwald.

Jay Greenfield said that he works with leaders and often encourages them to make slight changes to their looks, but that such recommendations had limits. “It is always an honor to dress the president,” he said about Trump. But, he continued, “I wouldn’t move him into a hipster look. That would be inappropriate.”

Greenfield suits aren’t cheap, running up to several thousands dollars each. But as a billionaire, Trump should have no problem coughing up the money.

Will This Holocaust Survivor, Tailor to Presidents, Dress Trump?