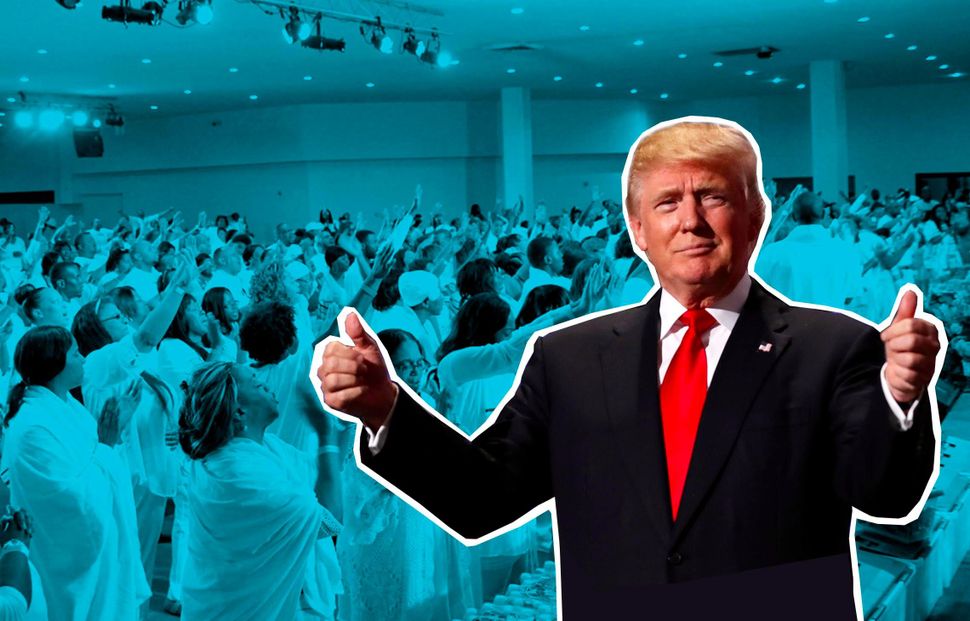 Donald Trump has enlisted a diverse lineup of six clergy to pray him into office at his upcoming inauguration ceremony.

Three draw on Jewish ritual objects and ideas in their practices, like Torah and prayer shawls — but only one clergy member is a Jewish rabbi.

The other two, praying alongside Rabbi Marvin Hier, are known for their “prosperity gospel,” teaching that financial blessing and physical well-being are the will of God. They also affirm the “Hebrew roots” of the New Testament.

One cleric, Wayne T. Jackson, keeps a private Torah, and many of the congregants at his church wear prayer shawls; another, Paula White, fasts on Yom Kippur and has such a proclivity for Jewish rituals that she once participated in a ceremony where two helpers unfurled a Torah and wrapped her inside.

“Jesus was a Jew, Paul was a Jew. All of the apostles had Jewish backgrounds,” Jackson said in a phone interview with the Forward. “And when we look at all of this we see our foundation.”

“You can’t really understand your Christianity without going back to Judaism,” White, who did not respond to interview requests, explained in a promotional video for her website. “Old Testament stuff is really important to us as New Testament believers.”

White, a Florida televangelist and personal minister to Trump, will pray alongside Jackson, a Detroit preacher and founder of an African-American Christian TV network, on Friday. Jackson heads Great Faith Ministries International, and White is the senior pastor at New Destiny Christian Center.

Trump’s bond with these two figures is deeper than this one scheduled prayer. Trump counts White as a close spiritual adviser and visited Jackson’s Detroit congregation for a September service, during which Jackson dramatically draped then-candidate Trump in an Israeli prayer shawl.

Such encounters reflect a broader trend of non-Jews taking on Jewish practices — and the role that Messianic or “Hebrew roots” teachers play in this process.

“We are bridges,” said Mitch Glaser, president of Chosen People Ministries, one of the oldest Messianic groups in the United States. Glaser was also a founding member of Jews for Jesus, a group with a similar mandate. Mainstream rabbinic bodies view Messianic Jews as apostates, but Messianic Jews still consider themselves still Jewish. Their practices resemble rabbinic Judaism in some ways, but they also proclaim Jesus Christ as the Messiah.

Chosen People Ministries and Jews for Jesus seek to evangelize to Jews, assuring them that accepting Jesus does not cut them off from the Jewish nation — a practice that has come under criticism from the Anti-Defamation League.

But another central plank of such groups is to promote pro-Israel and pro-Jewish messages in Christian churches, which they visit by the hundreds. “We go to churches and we talk about the Jewish roots of the faith,” Glaser said.

In his experience, Glaser said the trend of Jewish rituals being taken up in churches is growing — in part because of the work of groups such as his own in evangelical churches.

In his eyes, Messianics have played an educational role and they can make sure that churchgoers understand Jewish practices when they take them on.

“We have the opportunity to be in their church and help them figure out what these things mean,” Glaser said.

Indeed, Jackson said that it was a Messianic rabbi that first introduced him to the “Hebrew roots” of Christianity, beginning in the 1990s. The teacher, whom Jackson would not name, gifted him the personal Torah he keeps in his home. 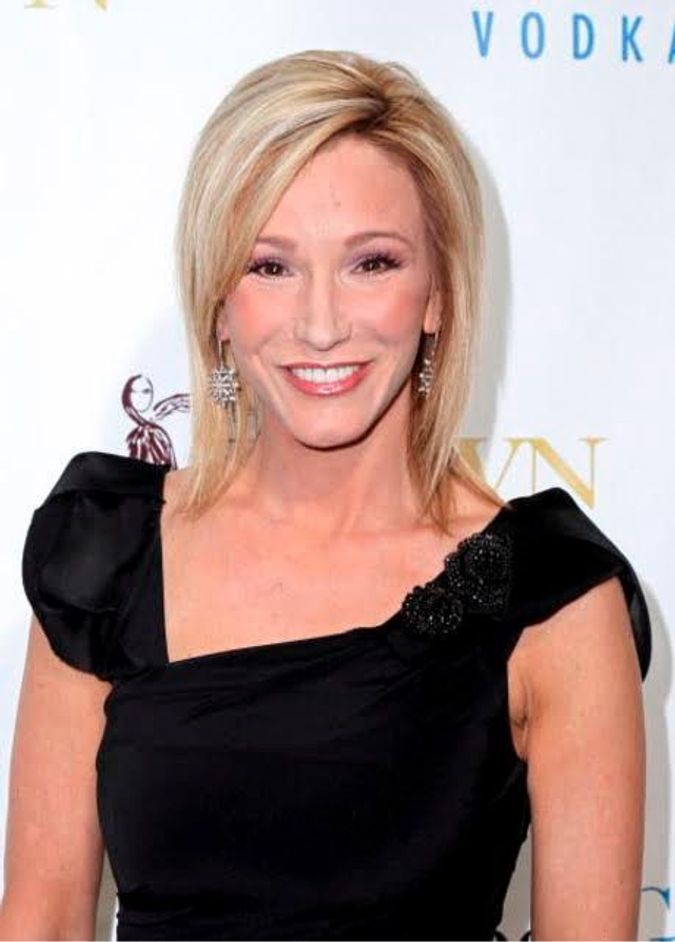 Paula White, a popular Florida televangelist, will perform a blessing at this week’s inauguration. White affirms the “Hebrew roots” of the New Testament and has a penchant for Jewish-infused ritual.

“He came in and enlightened me about the foundation of Christianity,” Jackson said. “When you have truth in your face, you have to obey truth.”

Jackson now celebrates Jewish holidays in his congregation, keeps the Saturday Sabbath and regularly wears a prayer shawl, or tallit.

And White similarly encountered a high-profile teacher named Rabbi Ralph Messer, president and founder of Simchat Torah Beit Midrash, a school and congregation that teaches the “Hebrew Roots of the Christian Faith.”

Messer is known for performing ceremonies during which he will wrap church leaders in a Torah scroll and perform a blessing.

The ADL blasted Messer’s practices involving the Torah as a “fake Jewish ritual” that “bears no resemblance to a real Jewish ritual.”

Messer’s ceremony even fell outside the bounds of appropriate behavior for mainline Messianic Jewish leaders, who to denounce his ceremony as “bizarre and offensive.”

White, too, sought to distance herself from Messer following backlash against his Torah ceremonies, writing on her website in 2012 that she had no formal affiliation with him and did “not endorse him in any way.”

Messer declined to be interviewed for this article. 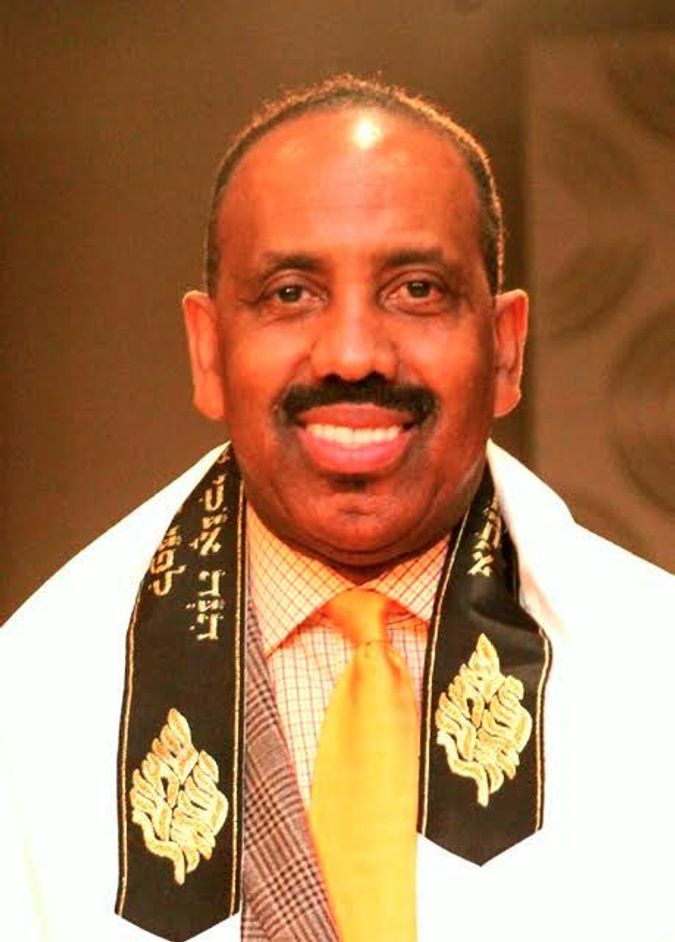 While not as shocking a ceremony to viewers, Trump’s tallit ceremony also offended Jewish commenters.

The columnist Jeffrey Salkin called the use of the shawl simple cultural appropriation, writing that “all responsible Jews and Christians” should “reject syncretistic Jewish-Christian groups.”

For his part, Jackson says that his tallit-wrapping and others were not meant to offend anyone. He said using a shawl during service is a way to affirm his church’s “ties to Abraham.” “Our roots go all the way back, as Christians, to God’s covenants with Abraham,” Jackson said.

At the end of this week, Trump will officially be prayed into office. But the president-elect has already been the subject of countless prayers across the country. Indeed, he’s already received the blessing of another Jesus-believing leader who infuses Hebrew into his prayer.

In a 2015 prayer ceremony, held in Trump Tower, Trump was blessed on camera by yarmulke-clad Rabbi Kirt Schneider, host of a program called “Discovering the Jewish Jesus.”

Schneider placed his hand on Trump’s face and offered a blessing — first in Hebrew and then in English. “Donald Trump, the Lord bless you and keep you,” Shneider began.

“Father, if you gave Solomon wisdom to govern your people. Father, if you exalt this man to the highest office in this land,” he intoned, a small crowd murmuring along. “Father, we pray for wisdom that you would be glorified and that your wisdom would be seen in this country. In Jesus name, amen.”