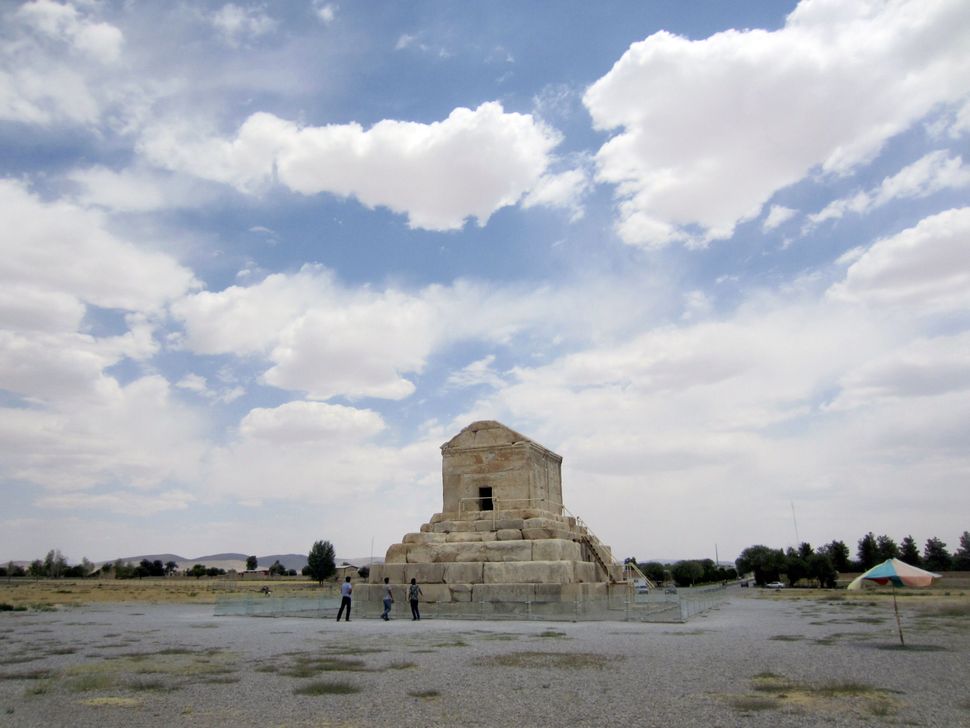 Which Biblical figure is Donald Trump like? For some on the religious right, the new president has strong parallels to Cyrus the Great, the Persian king who freed the Jews and let them rebuild their temple in Jerusalem.

“He came in, this king, as a secular ruler and decreed for the building of the house of the Lord. He literally made it possible for the Jews to end the captivity,” Lance Wallnau, an evangelical leader and author, told the Christian Broadcasting Network. “Trump has the Cyrus anointing to navigate in chaos.”

Trump as “Cyrus,” President Barack Obama and former Secretary of State Hillary Clinton as “Babylon,” the Jews as either modern-day Israelis or Americans? It’s not only evangelical Christians who buy it. Before the election, Rabbi Matityahu Glazeron predicted a Trump victory based on an analysis of Bible codes, which he said also pointed to the new president as a Cyrus-like figure.

In a pre-inauguration faith gathering, Likud Knesset member Yehuda Glick, in Washington, D.C. for the festivities, expressed a like sentiment. Calling the new president “the king of the United States of America,” Glick said that if Trump moved the United States embassy in Israel to Jerusalem, “He will be the latter-day Cyrus!”

Cyrus isn’t the only Biblical figure that Trump might be compared to. During the campaign, after a leak of a tape in which he bragged about sexually assaulting women, some Christian preachers compared him to King David, a competent ruler but a notorious lecher.