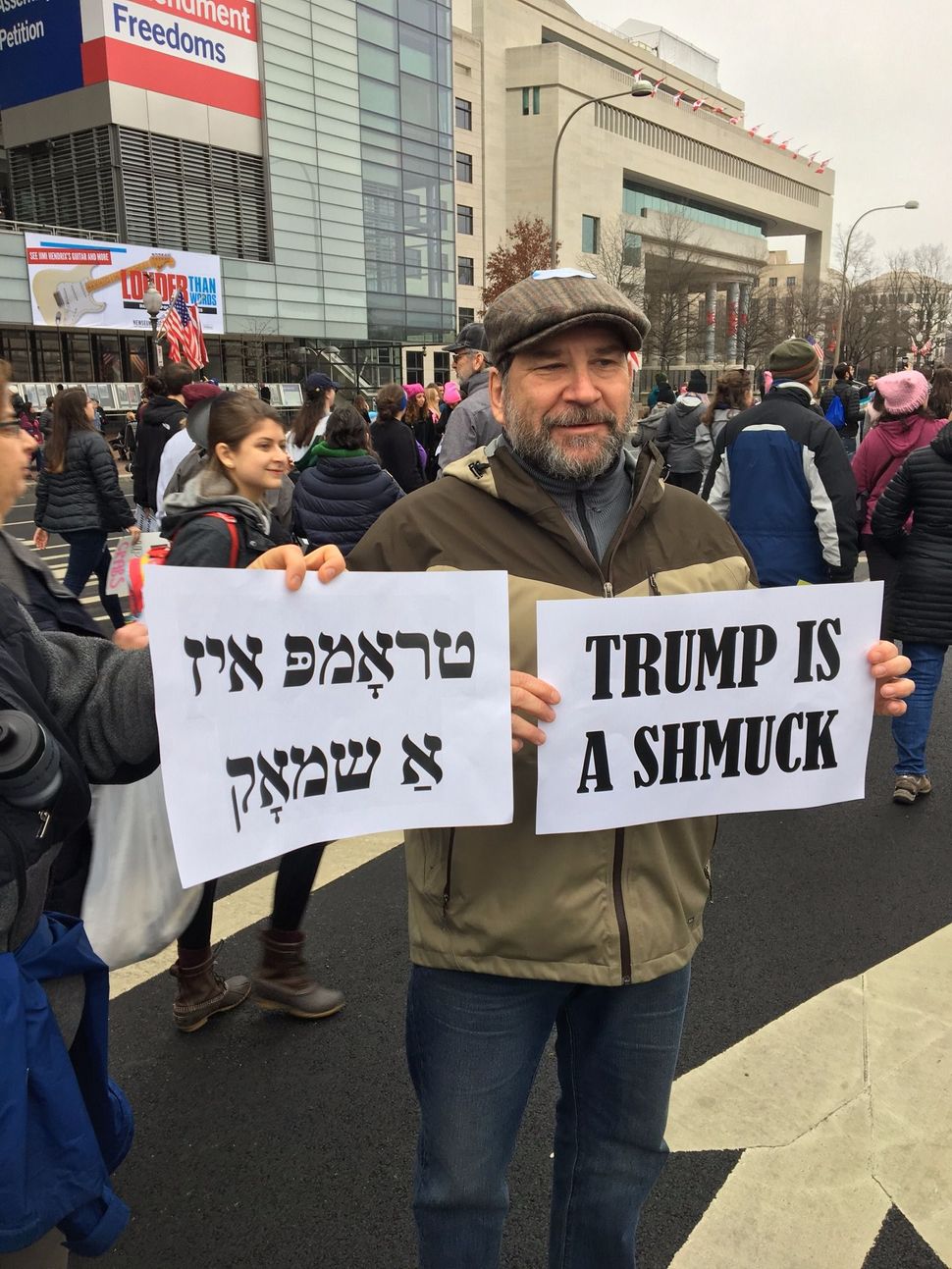 Trump is a schmuck in English and Hebrew, this protester says. Image by Nathan Guttman

“I am here because Women’s rights are humans rights,” said Rachel, 59, (left), who came to the Washington, D.C. march with a big group of Jewish women. 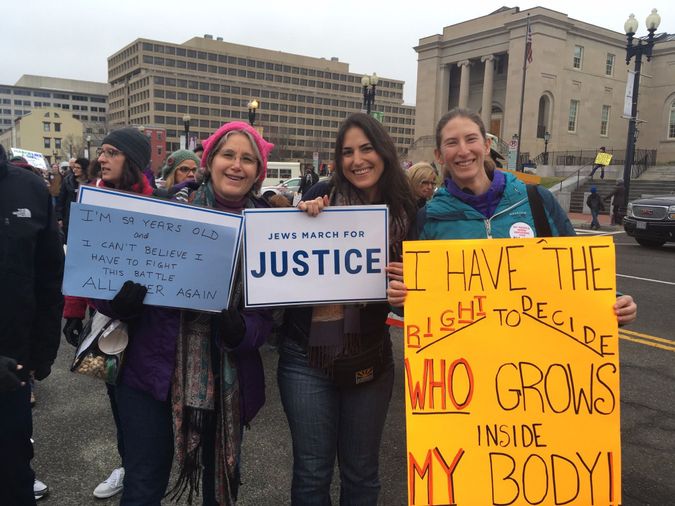 The Metro trains into Washington, D.C. from the suburbs were packed with pink pussy hats. 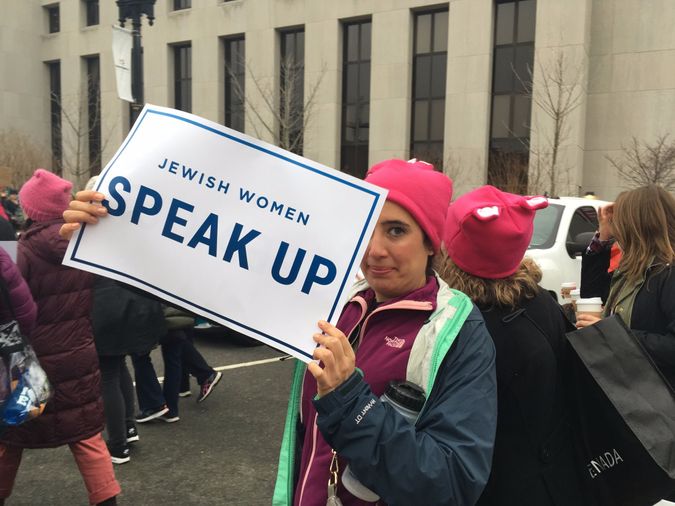 Friends smile as the crowd gathers at the Women’s March on Washington, the day after Donald Trump’s inauguration. 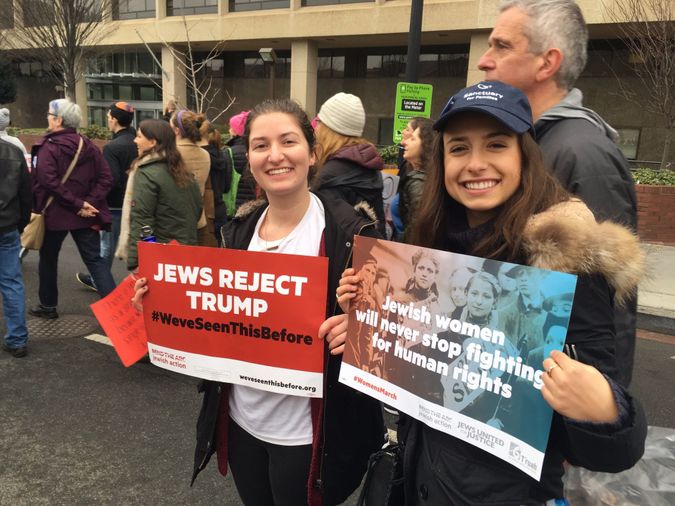 Some would-be protesters stayed home because the march fell on the Jewish Sabbath; others displayed symbols of the faith, like this kippah. 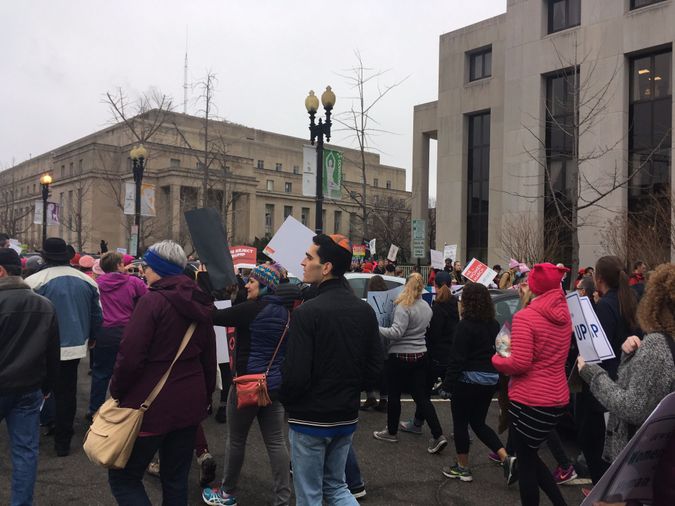 A group of Jewish protesters move toward the march. Image by Lilly Maier