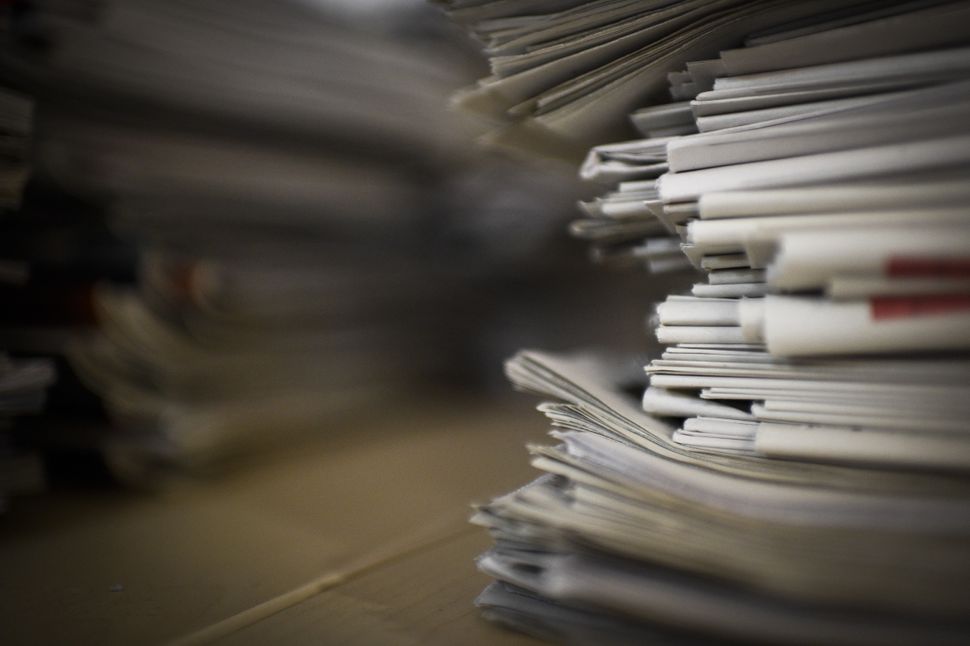 There’s a war in Orthodox Brooklyn this week between the booming Orthodox media industry and the local kosher grocery stores that sell their papers.

Grocery store owners in Boro Park are refusing to sell the publications of twenty Orthodox publishers that will not meet the grocers’ demands for deep cuts to newspaper wholesale prices.

On Wednesday, the racks of Orthodox Jewish publications were bare at many groceries in the heavily Orthodox neighborhood. The publishers sold their papers themselves off the back of trucks they hired and dispatched throughout the neighborhood. 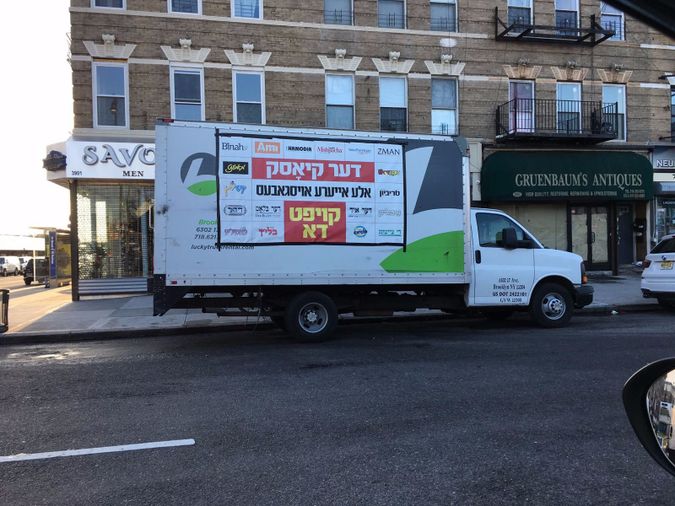 “The papers were not pulled off for good,” said a spokesman for a newly-formed grocers’ association. “They were [pulled] to show that we are very strong in our demand.”

The newspapers are fighting back.

The Orthodox press is an unlikely success story in the barren media landscape. In Boro Park, where most Orthodox Jews do not own televisions, and where religious restrictions severely limits the use of the Internet, the number of publications serving the Orthodox community has exploded in recent years.

The grocery stores say that they helped that Orthodox media industry grow by paying high prices for Orthodox publications. Now, they want a bigger piece of the action.

“For many years when the newspaper industry was small… we felt we were doing a service to our customers and to you by providing kosher reading material,” the grocers wrote in their demand letter. “We did actually contribute to the growth of your business and in a relatively short few years it has grown into a major industry.”

The letter, sent under the name of the newly-formed Boro Park United Grocers Association, was signed by owners of roughly 40 local grocery stores. It demanded new, lower wholesale prices for 37 Orthodox publications.

“We are here to make a living, not a killing,” the grocers wrote.

For the Yiddish-language weekly Der Blatt, which sells at the newsstand for $3, the grocery store owners demanded that the wholesale price be dropped from $2.55 to $2.10 per copy. For the English daily Hamodia, which retails for $4, the grocers demanded a drop from $3.35 to $2.80.

The demand comes as the Boro Park grocers are under growing market pressure from Bingo, a low-cost wholesale kosher grocery that opened in Boro Park in November. Part of an Israeli wholesale chain known overseas as Osher Ad, it is backed by a $9 million investment and is a pilot for a larger expansion in the American market.

Bingo is not a member of the news grocers’ group, and did not sign the letter to the newspaper publishers.

The spokesman said that he was not aware of any connection between the newspaper letter and the stress put on the neighborhood groceries by Bingo’s prices. 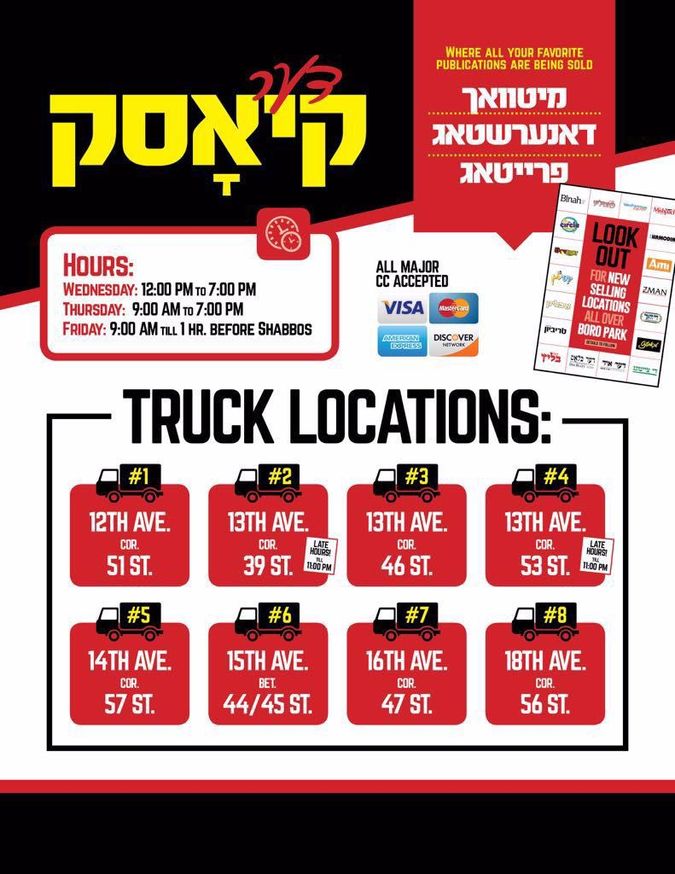 The newspaper publishers do not appear to have been sympathetic to the grocers’ plight. On Tuesday evening, the Orthodox magazine AMI tweeted a letter to readers signed by the publishers of twenty Orthodox outlets saying that they had rejected the grocers’ demands.

The publishers wrote that lowering the wholesale prices of the papers would require an increase in the retail price. “Our constant goal is to ensure the best affordable reading material for the consumer,” they wrote.

The publishers reported that they were “seeking out alternative retail locations.”

On Wednesday, fliers circulated online and in Boro Park advertised the locations in the neighborhood where readers could buy the papers off trucks hired by the publishers.

Calls to a handful of the publishers were not returned by press time. The spokesman for the grocers said that he had reached an agreement on Wednesday with some of the publishers, but would not specify which ones.