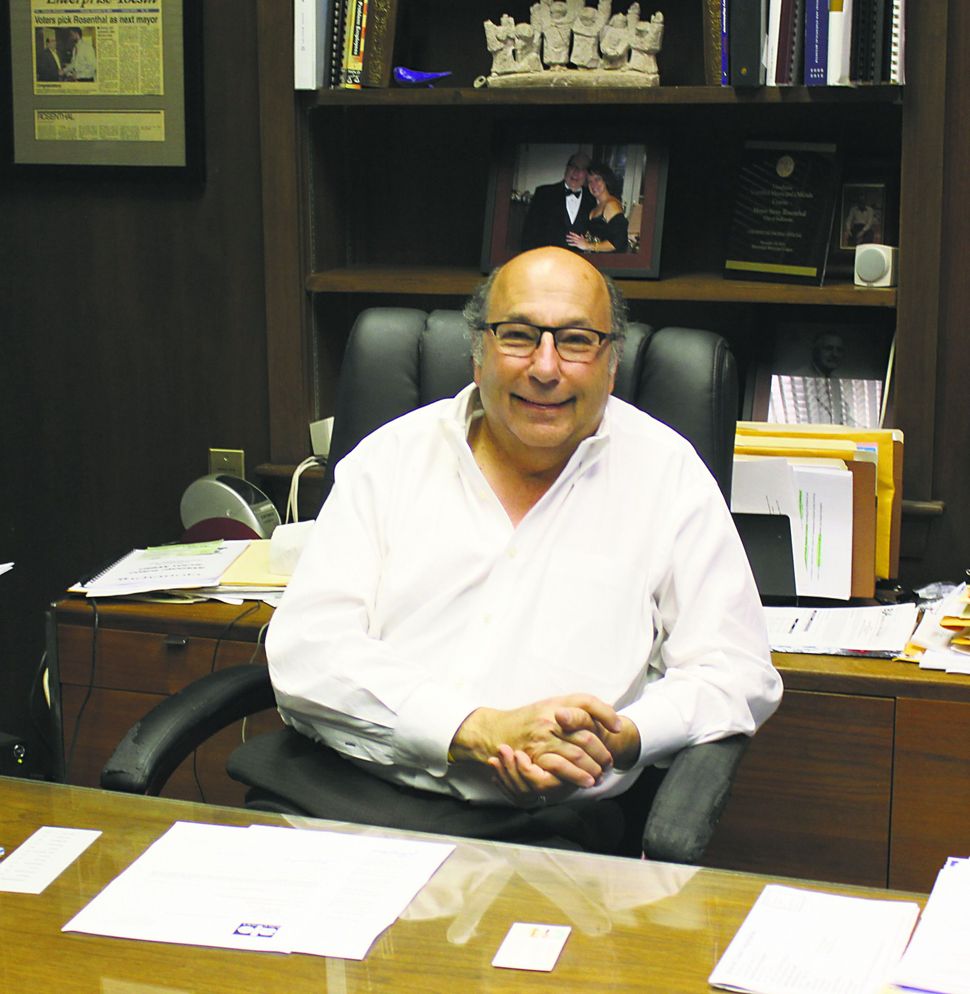 Jews and Blues: Mayor Steve Rosenthal is trying to bring economic progress and heal racial divides in Indianola, where the B.B. King Museum is the major tourist draw. Image by Larry Brook

Located in the Mississippi Delta, Indianola is known as the birthplace of B.B. King, whom Rosenthal called “a great bridge builder.”

But though it now has a Jewish mayor, the town was also the birthplace of the White Citizens’ Councils, which were established in the 1950s as a “more respectable” way of enforcing white supremacy and segregation without the reputation of violence the Ku Klux Klan had.

The councils were a group that small-town Jewish merchants could join relatively comfortably, whether out of conviction or of a reluctant sense of necessity.

Today, Rosenthal said, Indianola “has come to grips with the racial opposition of the past and is working hard to recognize the mistakes that were made.”

The way he sees it today as mayor, “It happened; you weren’t there, I wasn’t there — we’re different people now, and we’re here to make progress.”

Rosenthal’s grandfather arrived in Indianola from Lithuania and started a self-named clothing store, Ben Fried’s, in 1913. “We were the all-persons store,” Rosenthal said. “We weren’t high-end, but we weren’t low-end.”

As the percentage of African Americans in Indianola continued to rise, to about 80% today, the store kept adapting to the new demographics. 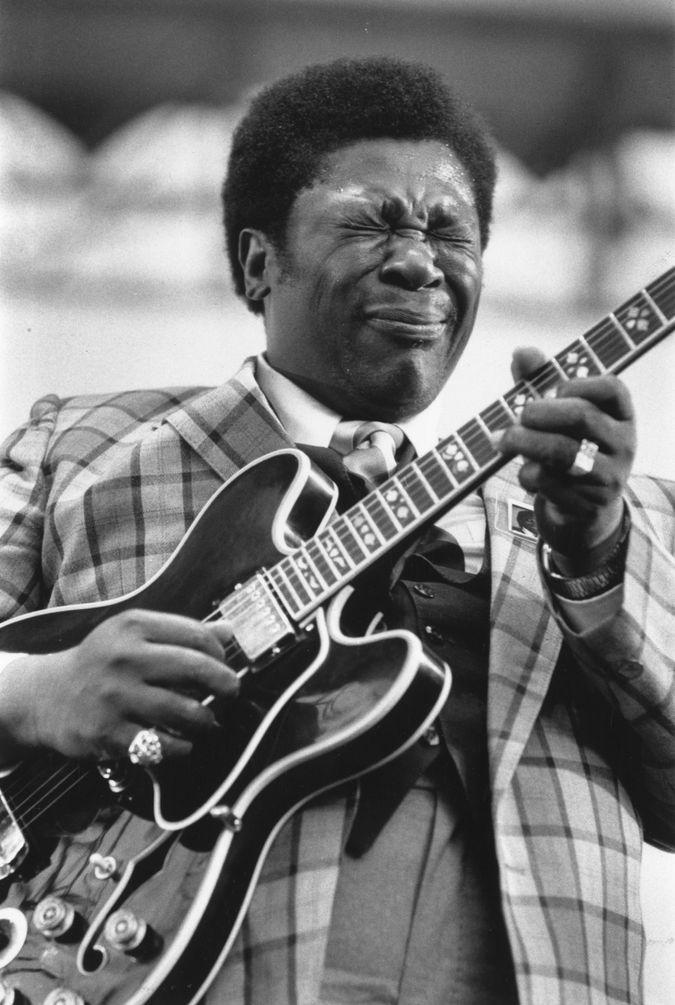 Native Son: B.B. King was born and raised in Indianola. Image by Wikipedia

But after the store burned down in a 2001 fire, “we reopened for a year and a half, but the economics had changed in Indianola.”

One of the town’s other economic mainstays, the Lewis Grocery/Supervalu distribution center, was downgraded to a warehouse after the last member of the Lewis family—who were also Jewish—died. As a result, “all those high-salary executive positions left,” said Rosenthal. Modern Line furniture and its hundreds of jobs also left after the plant became unionized, and the facility is still empty after all these years, he noted.

After closing his own family store for good, Rosenthal figured he could semi-retire “and take it easy” with income from real estate holdings. “As long as the water is coming in and the toilets are flushing going out, everyone is happy,” he said.

But there were things in the community that he wanted to see change. Previously, “as a merchant in a small town, you either have to be silent or straddle the fence when it comes to politics.”

Without having to worry about business repercussions, “I realized I could get out there and make a difference.”

He was elected to his first term as mayor in 2009 with 80% of the vote, the first candidate to receive a majority in each of the town’s five wards. He was re-elected in a three-way Democrat primary in 2013.

“Politics, if you’re going to do it right, is a relationship thing,” he said.

Rosenthal figures that he dressed half the residents of Indianola when they were born, and provided the burial outfits for their parents and grandparents.

After being elected, he figured, “We get everybody working, and all that takes is finding someone to hire them.”

Instead, he found that education is “tied at the hip” with economic development. “You can’t grow economically if you’re behind the 8 ball educationally.”

That is a major issue throughout the Delta. “Our schools are underfunded, but funding in itself does not solve the problem,” he said. Moreover, he found that to improve education, stable home life is also a major factor.

In 2012, Indianola received a Promise Community grant from the U.S. Department of Education after three years of work. It replicates the Harlem Children’s Zone, which focuses on economics, education and family and social relationships.

Shortly before Rosenthal was first elected, the B.B. King Museum opened as the city’s main tourist attraction. In 1980, Rosenthal also partnered with two African-American businessmen to produce the first B.B. King Festival, which is still an annual event.

“Our first stage was four cotton trailers” covered with plywood and carpet, he said. There were about 10,000 in attendance, even though they had sold only 2,000 tickets.

Rosenthal also is a resource for visiting Jewish groups, with the Jackson-based Institute of Southern Jewish Life referring travelers to him. Every summer, he noted, four or five young Jewish groups come through Indianola, including Operation Understanding delegations from Washington and St. Louis. Those groups pair Jewish and African-American teens for a year of dialogue and study before embarking on a civil rights tour of the South..

“Growing up Jewish gives you a mindset that is so different from the norm,” Rosenthal said. “It’s our responsibility to make a difference in the world. That’s why there were so many Jews that were involved in civil rights in the 1960s —you give the most effort to those who need it the most.” 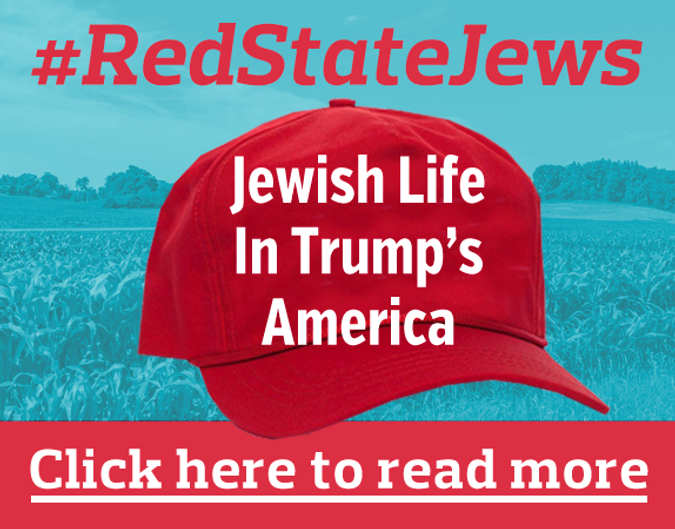