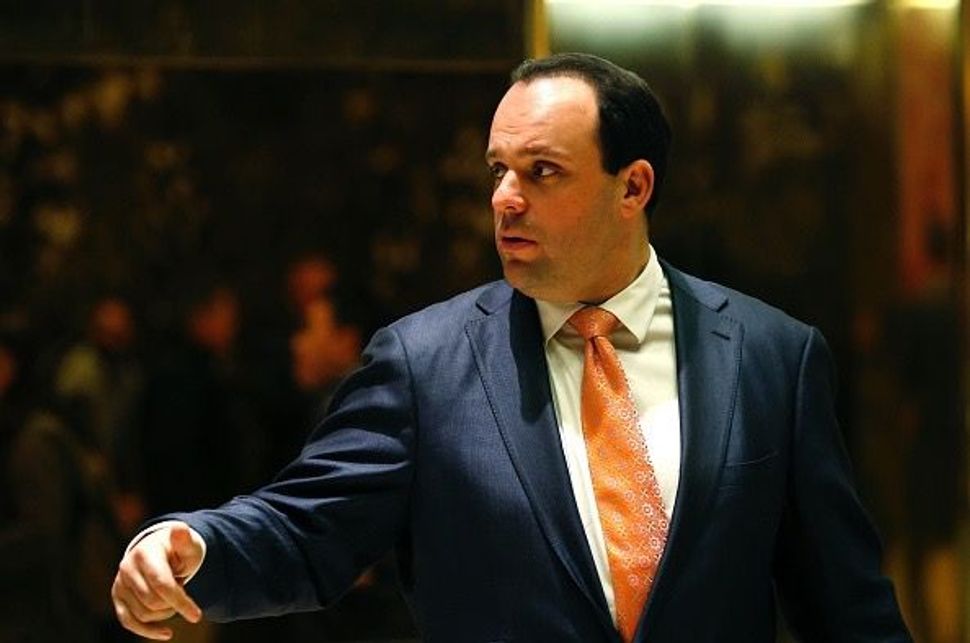 A Jewish aide to President Donald Trump wrote his January 27 International Holocaust Remembrance Day statement, controversial for its omission of Jews, according to POLITICO.

On Monday, press secretary Sean Spicer said that an individual who is Jewish and the descendent of Holocaust survivors helped to write the statement. Trump aide Boris Epshteyn fits that description.

Epshteyn became a paid Trump staff member during the campaign after pleasing the candidate with his impassioned surrogacy on cable talk shows.

He is a Russian immigrant; Russian Jews are known for their solid support of Trump and his anti-immigrant stance, while American Jews in general tend to vote Democrat by a margin of about 3-to-1.

The United States Holocaust Memorial Museum released a statement on Monday: “The Holocaust was the systematic, state-sponsored murder of six million Jews by Nazi Germany and its collaborators,” the statement read.

The Zionist Organization of America released a statement, noting their “chagrin and deep pain” after reading the statement that omitted the Jewish people.

Spicer defended it. He criticized the press for “nitpicking a statement that sought to remember this tragic event that occurred, and the people who died.” He then went on to mention Trump’s support of Israel and how it is much stronger than at any time during the Obama administration.

Neither the White House nor Boris Epshteyn has commented on news of Epshteyn’s involvement in writing the statement.