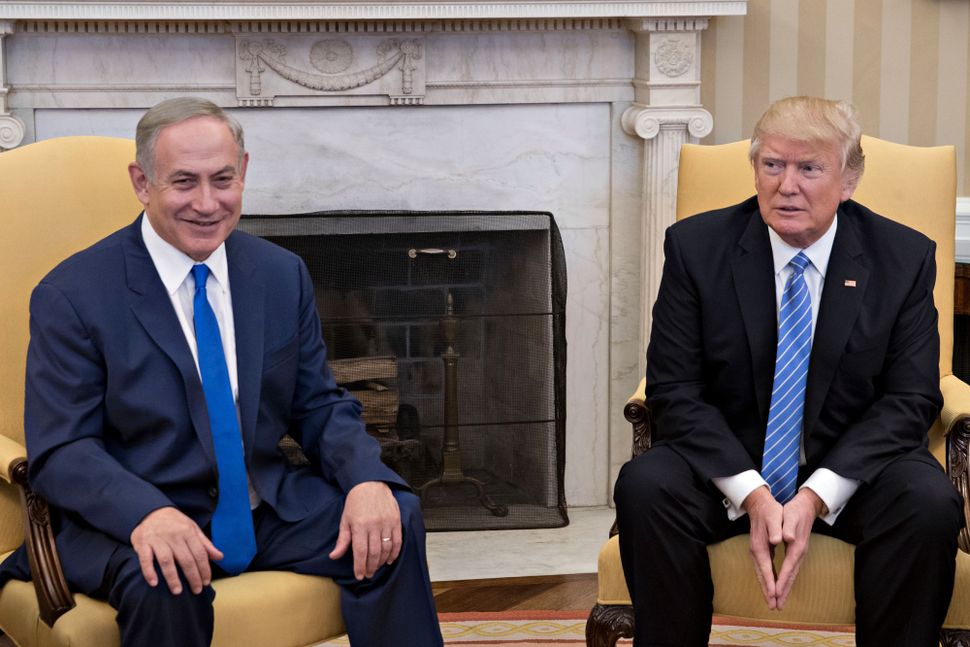 An off-the-cuff comment from President Trump on Israel has set off a flurry of cautious excitement from conservative commentators.

During a press conference with Israeli Prime Minister Benjamin Netanyahu on Wednesday, Trump said he was “looking” at both one-state and two-state solutions. “I like the one that both parties like,” he added. “I can live with either one.”

While advocates for a two-state solution expressed concerns over the American government reversing its stance on Middle East peacemaking, commentators from ring-wing sites rejoiced over Trump and his apparent pro-Israel point of view.

Melissa Mckenzie, from The American Spector, praised both Trump’s “warm and positive” interactions with Netanyahu, and repeatedly contrasted the president’s stance on Israel to Barack Obama’s.

“Relations between our countries is already better than between the Obama administration and Israel,” Mckenzie wrote. “What that will mean in practical terms regarding the peace process, settlements, and an embassy move isn’t clear.”

Mackenzie added that critics were wrong to say Trump’s statement was wishy-washy — and that he ultimately has Israel’s best interests in mind.

She wrote: “Trump basically said, and I’m paraphrasing, Hey, if Israel and the Palestinians, but more importantly, Israel, are happy, what do I care? I want them to come to a resolution, find peace, and be happy. One-state. Two-state. No matter.”

Over at National Review, writer Jonah Goldberg said that Trump’s neutral language was important. In fact, he felt that the sheer “indifference” in the president’s comment actually delivered a pro-Israel punch.

“What he was doing was endorsing a diplomatic principle that is just as important: The U.S. cannot impose peace on terms that aren’t accepted by the parties, and we shouldn’t behave in a manner that encourages Palestinians’ ongoing refusal to make peace,” Goldberg wrote.

Goldberg added that Trump meeting with Netanyahu was a major step for the Jewish community at large.

“Choosing to meet with Prime Minister Netanyahu and show him public kindness (as opposed to Obama snubbing him) means much in a world increasingly hostile to Israel and the Jewish people,” Goldberg wrote.

“[It] is a significant shift from what has become axiomatic, that the only solution is a two-state solution,” Keinon wrote. “Trump is essentially saying that he is open to entertaining ideas and approaches to the diplomatic process other than the ones that have been tried – and have failed – since the Oslo process began in 1993.”

Keinon also applauded Trump for moving away from the idea that a two-state solution is the only solution.

“Trump’s refraining from clearly saying that two states is the only way, while endorsing a wider regional approach, is a significant reset of the entire diplomatic process with the Palestinians,” he wrote.