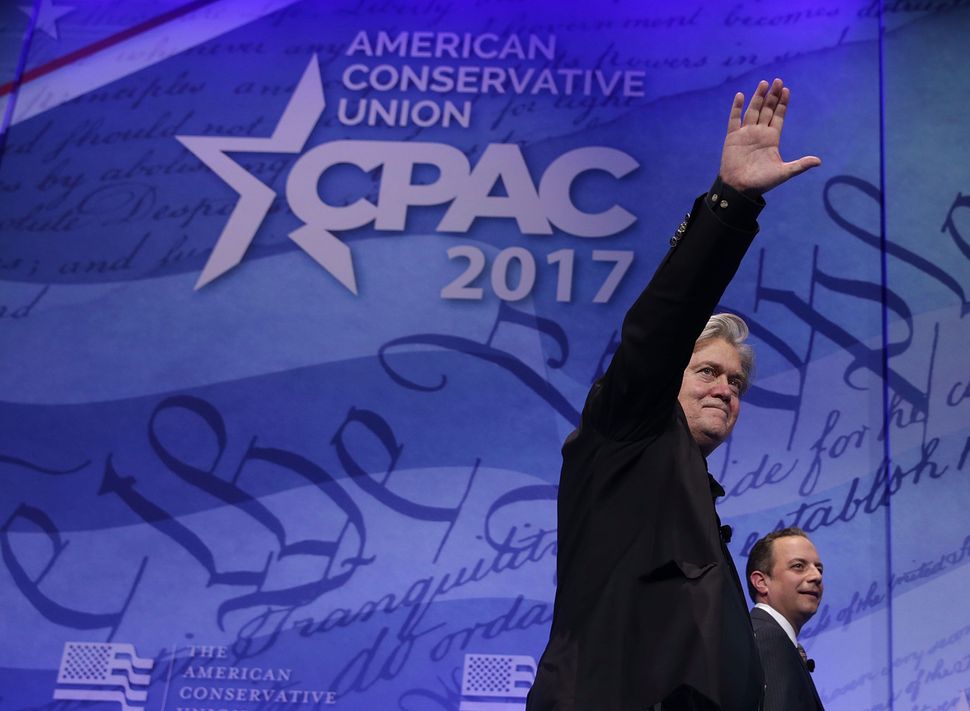 “It’s not about personalities and not necessarily about the speakers, it’s about conservative values,” said Yitz Tendler, co-founder and director of Young Jewish Conservatives.

Most Jews in America vote Democrat, but a sizable contingent vote Republican, in particular because of their support for Israeli policy.

The Jewish attendees of CPAC blew off a rival event also happening this weekend – the annual leadership convention of the Republican Jewish Coalition in Las Vegas. CPAC leans further to the right, and this year conservative Jewish Republicans notched a significant victory: deleting support for a two-state solution from the Republican Party’s platform. It’s a move most RJC donors and activists were reluctant to make, but that Trump seemed to echo when he did not state his unequivocal support for a two-state solution while he met with visiting Israeli Prime Minister Benjamin Netanyahu.

Still, Israel was hardly an issue at CPAC this year, besides a panel titled “Is BDS BS? The Left’s Attack on Israel” and a lecture from Sen. Ted Cruz, who suggested defunding the UN until it changes its critical stance toward Israel.

Instead, the three-day conference was an opportunity to network. There are kosher meals, prayer services, and speeches by CPAC headliners tailored to a Jewish audience.

And the YJC is growing. When Tendler went to his first CPAC six years ago, he was one of only a handful of Jewish participants. In 2012 he helped launch a Shabbat dinner for his fellow Jewish attendees; that drew some 80 guests. This year he believes he will double the figure. And for the second year, YJC is listed as an official partner to CPAC.

Tendler dismissed any claims of anti-Semitic undertones coming from some in the far right-wing of the pro-Trump camp. He said Jews felt welcome. “I wear a kippah and many others do, and every single interaction without any exception was positive,” Tendler said.