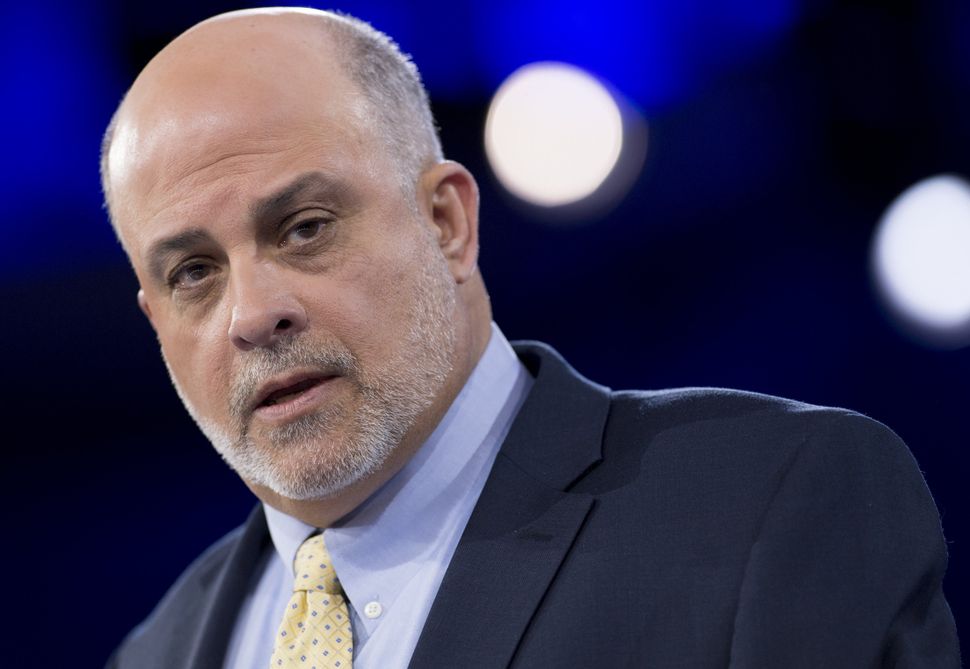 After President Trump alleged that predecessor Barack Obama tapped his phones during the election season, reporters and ordinary Americans were left scratching their heads as to where the unsubstantiated accusations came from.

It turns out the story originated with radio host Mark Levin, a fixture of the conservative airwaves who first made the assertions on his Thursday-night program.

Who’s this right-wing fire-breather? Is he the Jewish Alex Jones? Here are five facts about Mark Levin.

Levin got his start in the Reagan administration, after graduating near the top of his class at Temple University’s law school. At the height of his federal government career, he was chief of staff to Attorney General Edwin Meese. Levin was raised in the Philadelphis suburbs and attended the same high school (Cheltenham High School) as Israeli Prime Minister Benjamin Netanyahu.

2. Was #NeverTrumper… And Then Wasn’t

Levin was a fierce opponent of Donald Trump in the primaries, declaring last April that he would not support the billionaire in the general election, no matter the circumstances, citing ideological differences and tactics from Trump strategist Roger Stone that he called “Nixonian.” But Levin reversed course in September, announcing that he would back the Republican nominee because “Hillary is so awful.”

Levin is the fourth-most listened to talk radio host in the United States, according to Talkers magazine, which estimated his daily listenership last year at around 7 million. That makes his three-hour program the ninth-most popular radio show in the country, according to Wikipedia.

Levin has topped The New York Times best-seller list numerous times with his right-wing potboilers, with titles that say it all: “Liberty And Tyranny,” “Ameritopia” and “Plunder And Deceit” among them. His comrades in arms have complained that his polemics haven’t received attention in the mainstream press, leading one writer for the Chronicle of Higher Education to rip apart “Ameritopia” as “disastrously bad from beginning to end.”

Levin has been a staunch defender of right-wing policies of support for Israel and its settlements. After the former president Barack Obama declined to block a Security Council resolution last December condemning Jewish settlements over the Green Line, Levin called the leader and former secretary of state John Kerry anti-Semites. “It appears anti-Semite Obama is working with the extremist Palestinians, and using the Israel-hating U.N., to undermine our ally Israel,” he said.