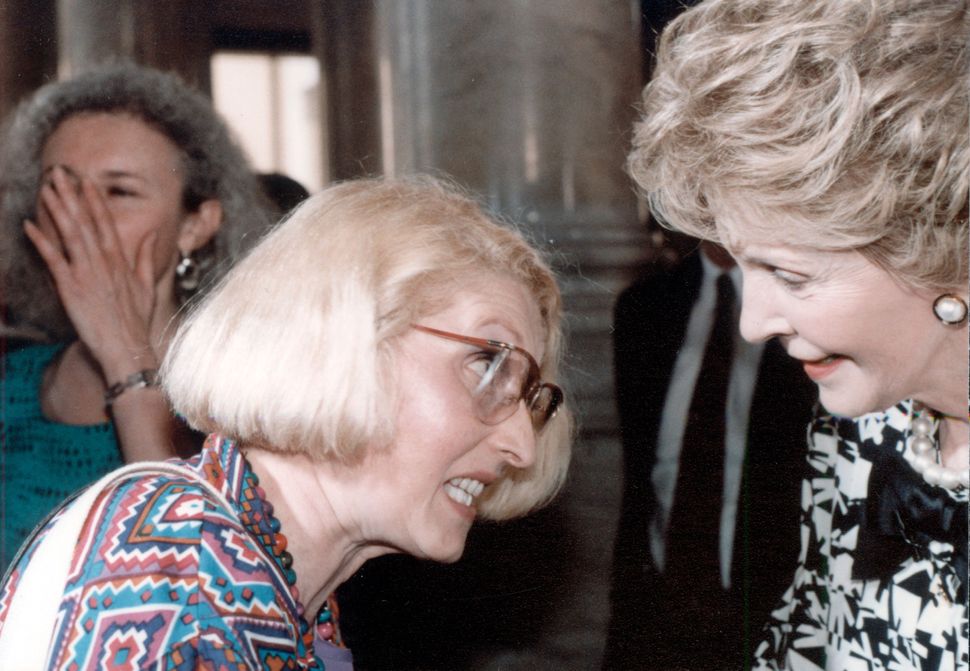 Masha Leon, the Forward’s legendary society columnist, passed away on the morning of April 5. She was 86 years old.

Leon’s column, “On the Go,” was a regular feature in the English edition of the Forward, beginning with this paper’s first issue, in 1990. A vivid dresser armed with a notebook and a pen, Leon was a stalwart of the Jewish social scene.

“I think her life has been a wonderful adventure,” said Karen Leon, her daughter, who served as her mother’s photographer. 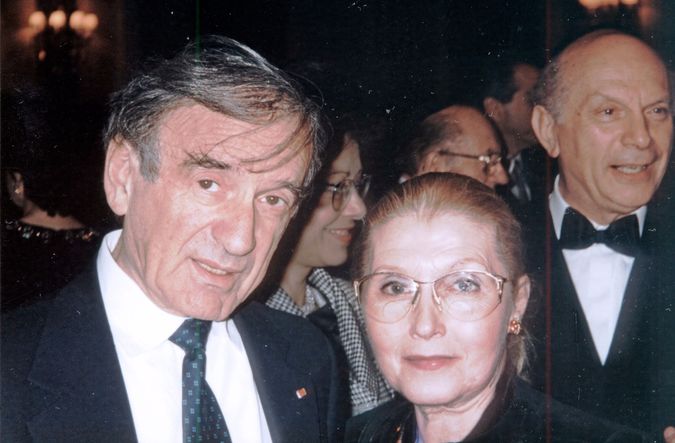 Leon contributed thousands of columns to the Forward over her long career. During gala season, she covered events for the Forward four nights a week, sometimes hitting two dinners in a single night.

“Masha was able to connect with the celebrities and the movers and shakers she wrote about in a way that was always engaging,” sad Sam Norich, the president of the Forward Association, which publishes the Forward in English and Yiddish. “For almost four decades she connected her Forverts and Forward readers with Warsaw, with YIVO in Vilna and in New York, with the history of Jews in Eastern Europe and in America during the full span of a cruel and glorious century.”

Leon’s glitzy life hobnobbing with moguls and millionaires came after a childhood of horror.

Born in 1931 in Warsaw, Leon endured Nazi bombardment before fleeing the city just before the walls of the Jewish ghetto went up. With her mother, Zelda Bernstein, she was briefly captured by the Nazis on her way out of German-occupied Poland. Half of the Jews captured with them were shot. 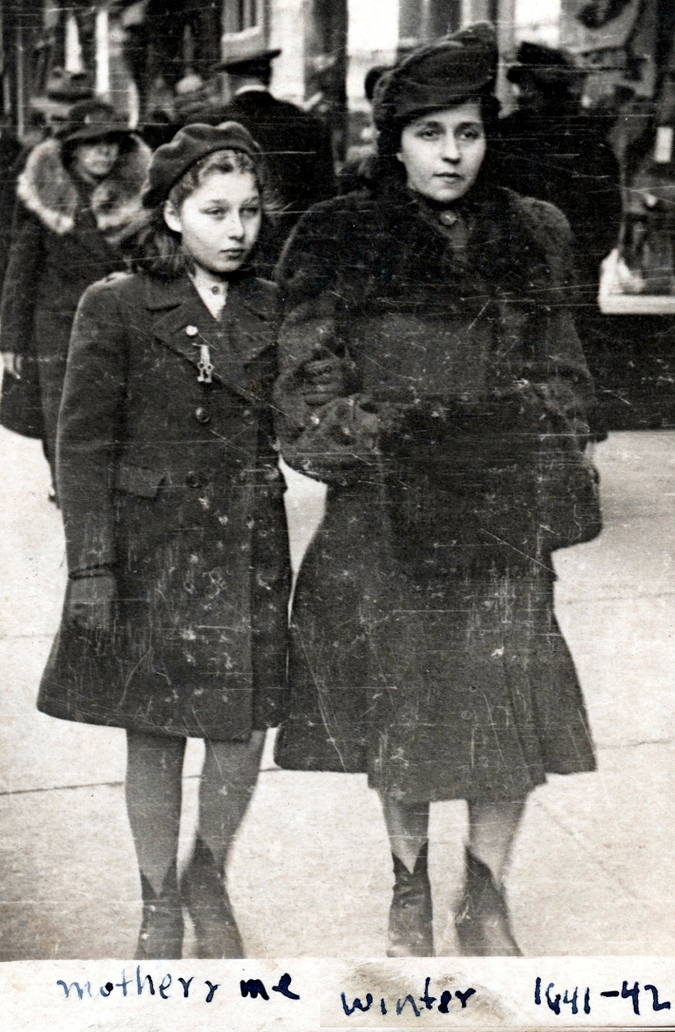 Masha Leon and her mother, Zelda Bernstein, in 1941. Image by Courtesy Masha Leon

The family reunited in Lithuania, but even there they were not safe. In Vilna, the Soviet secret police arrested Leon’s father, a journalist and activist named Matvey Bernstein, jailing him for his anti-Communist sympathies. Bernstein was locked in a Soviet prison, where he shared a cell with Menachem Begin, the future Israeli prime minister. According to Seth Lipsky, the founding editor of the English Forward, Leon and her mother met Begin’s wife, Aliza Begin, while waiting on line to visit Bernstein. Begin said that she was planning to send her husband a message hidden in a bar of soap. Leon’s mother advised the woman to embroider it on a handkerchief instead. The message, which Begin mentions in his memoir, told the imprisoned Zionist that she was leaving for Israel.

“I’ve always thought that the message is one of the things that gave Begin the hope that sustained him during his time in the gulag archipelago and his quest to reach Eretz Israel” Lipsky wrote in an email. “So in addition to being a wonderful columnist, she and her mother played a role in the history of the Jews.”

Leon and her mother left Bernstein behind in Vilna. They didn’t see him again for another two decades. The mother and daughter were among the 6,000 Jews saved by the Japanese diplomat Chiune Sugihara, who provided transit visas allowing them to escape from Europe. They traveled to Kobe, eventually caught the last ship to the United States before Pearl Harbor, and spent the war in Montreal. 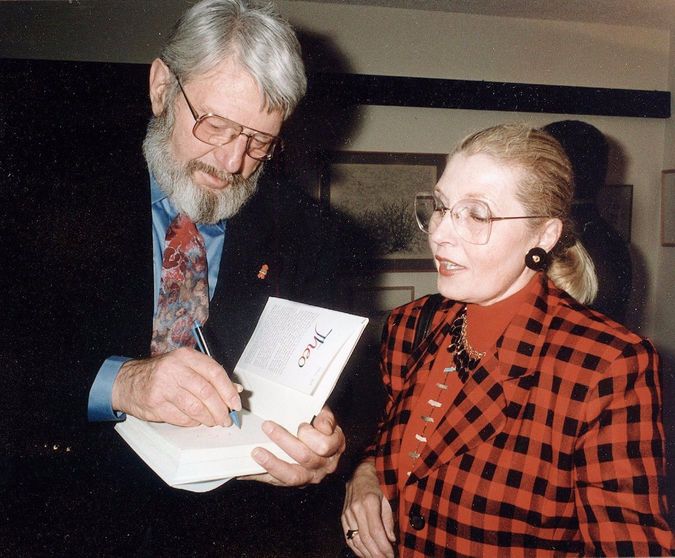 Leon with the actor and singer Theo Bikel.

After the war, facing the possibility of deportation to Poland, young Leon wrote a 13-page letter to Eleanor Roosevelt explaining why she wanted to be an American.

“She said she wanted to come to America because of Ginger Rogers, Fred Astaire and Shirley Temple,” Karen Leon said.

The letter, apparently, was convincing, and Leon and her mother were allowed to move to Chicago, where they had relatives.

Leon graduated from Queens College in New York City with a degree in Jewish and Yiddish studies. She began writing for the Forverts in Yiddish around 1980 — her father had also been a contributor — and wrote for its English insert when it began in 1983. When the paper launched its English edition in 1990, Leon was among its first writers. She also ran a publishing company with her husband, Joseph Leon.

Naomi Zeveloff, now the Forward’s Middle East correspondent, edited Leon’s column for a number of years. She recalled that Leon had a massive backlog of personal anecdotes about the celebrities she had known over the years. 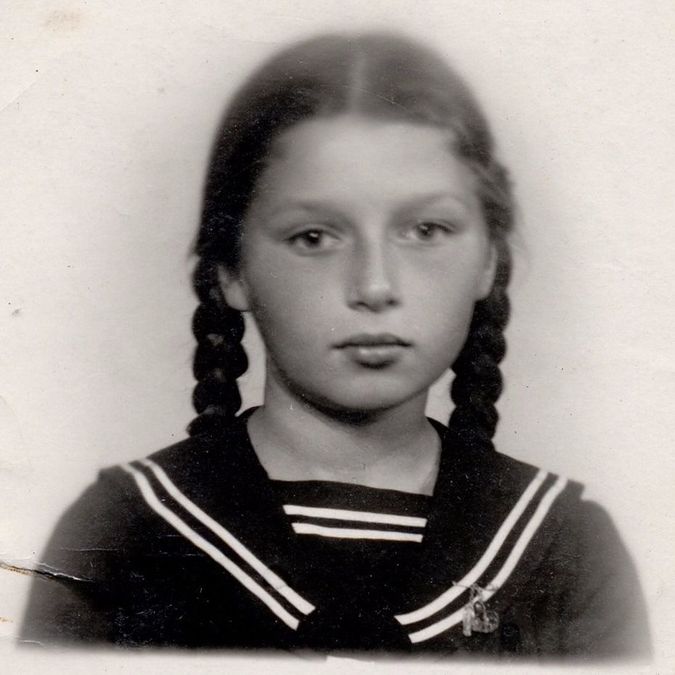 Leon as a girl.

“When I told her I wanted to move her column from our print edition to the web over lunch at her favorite Manhattan Chinese restaurant, she balked at first,” Zeveloff said. “But on the web she flourished, a modern-day celebrity columnist with a Yiddishkeit sensibility. Her reach and touch are irreplaceable.”

“Masha was a survivor, in every sense of the word,” said Jane Eisner, the Forward’s editor-in-chief. “I marveled at her ability to adapt to different challenges, to transition from print to online journalism, and to chronicle the changing currents of Jewish life. She was our Zelig, there for everything. She will be missed.”

In 2011, Leon received the Knight’s Cross of the Order of Merit of the Republic of Poland in a ceremony at the Polish Consulate in New York for her work writing on Polish-Jewish history and culture.

Karen Leon said that her mother worked up until the day before her death. “She was very proud of what she did,” she said.

Leon died in her sleep. She is survived by her three daughters, Karen Leon, Laura Leon and Nina Leon Olney, and by five grandchildren and two great-grandchildren. Her husband, Joseph Leon, died in 2008.