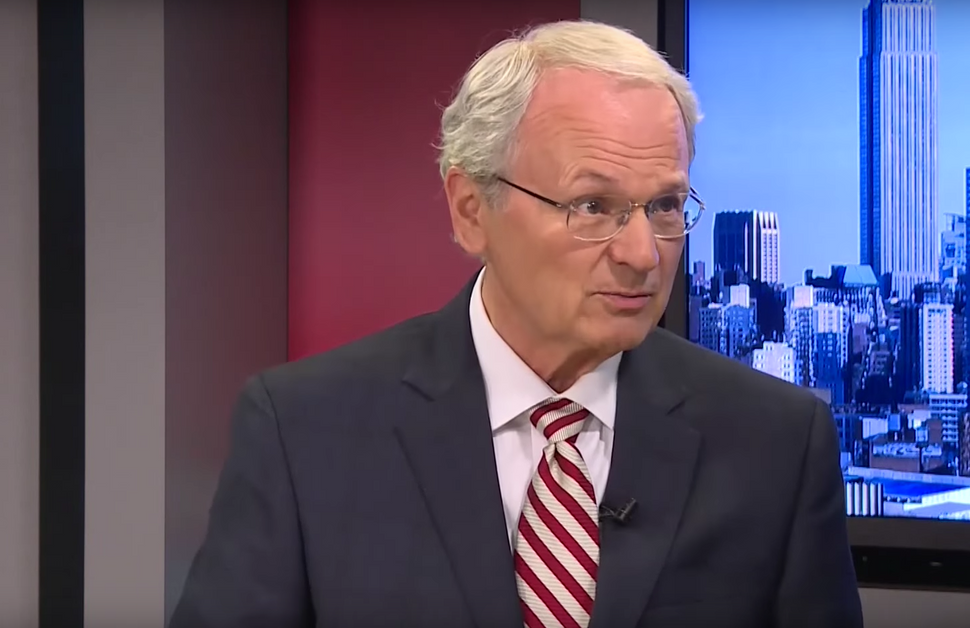 The president of the Zionist Organization of America is facing a mounting wave of criticism after telling the Forward that it is “simply a fact” that “blacks are much better dancers,” and that “most people know” that Asians “are smarter on average than other people in America.”

ZOA president Mort Klein made the remarks in a phone call on Monday.

“If people say that Asians are smarter on average than other people in America, that is not racist,” Klein said. “That is simply something that most people know happens to be the case. People like you, Josh, you should really be ashamed of even calling me about this.”

The Forward published its account of Klein’s remarks hours before the start of the Passover holiday. Timing has not has diminished the mounting criticism. In a statement emailed to the Forward, Anti-Defamation League national director Jonathan Greenblatt said: “The comments made by ZOA President Mort Klein truly speak for themselves.”

On Twitter, the Jewish hip-hop artist Yitz Jordan wrote that he was “trying not to throw up.” And the Jerusalem expert Daniel Seidemann said that Klein’s comments were “far more damaging than BDS.”

Trying not to throw up: Jewish Leader Says ‘Blacks Are Much Better Dancers’ https://t.co/kx0wxSImSz via @jdforward

Klein’s comments came after The Forward contacted Klein to ask about a quote he gave to Politico Magazine, in which he said he had that he thought a group of Hasidic men were black because they were good dancers.

Klein asserted that his comments were not racist because they were complimentary. “If one mentions a positive trait about an identifiable group it can never be called racism,” Klein wrote in an email to the Forward sent an hour after the phone call.

As leader of the ZOA, a conservative group, Klein has become increasingly influential in recent months. He was the first Jewish communal leader to meet formally with the Trump administration after the inauguration, and has been a consistent defender of President Donald Trump. The ZOA was one of few Jewish groups to vociferously support Trump’s Israel ambassador, David Friedman.

Another ADL staffer, Harry Reis, who serves as special assistant to Greenblatt, tweeted a link to an ADL educational document defining the word “stereotype,” saying that Klein “could use a copy” of the material.

The quoted definition reads: “Even seemingly positive stereotypes that link a person or group to a specific positive trait can have negative consequences.”