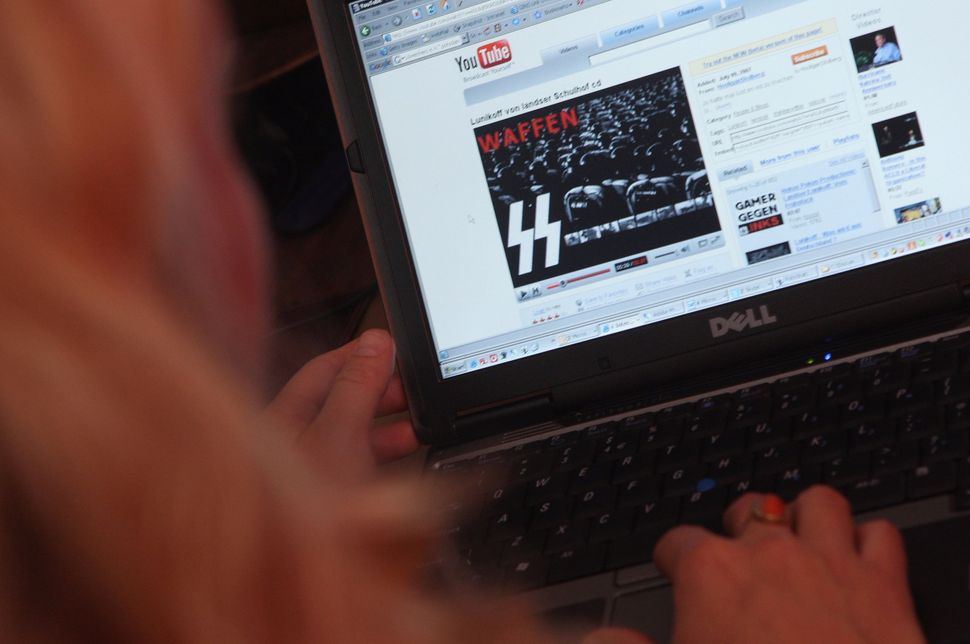 Shocking new details have emerged about the extent of anti-Semitic harassment faced by a Jewish woman in Montana at the hands of online trolls — including round-the-clock by neo-Nazis who branded her a “slimy Jewess” and “Christ killer.”

The Southern Poverty Law Center filed a federal lawsuit against Andrew Anglin, publisher of the website the Daily Stormer alleging that Anglin urged internet trolls to unleash a barrage of anti-Semitic harassment against Tanya Gersh, a real estate agent in Whitefish, Montana.

“Since December, I’ve received more than 700 threatening, hateful, harassing, antisemitic communications from Anglin’s followers at all hours of the day and night, and it hasn’t stopped,” Gersh said in a Guardian “as told to” article. “My sense of safety is forever changed.”

During the months-long harassment campaign, Gersh did not speak with any press and little was known about the extent of the harassment itself, save what appeared on websites like Anglin’s. Neither Anglin nor Gersh responded to requests for comment from the Forward.

According to the lawsuit, Gersh received threatening messages which called her a “slimy jewess” and an “oven-dodging Christ killer.”

Events leading up to the harassment form a complex narrative involving white nationalist Richard Spencer, who popularized the term “alt-right” and his mother Sherry, who lives part time in the area.

In early December, there were rumors that a building Sherry Spencer owned would be a target for protests. Grassroots activism against white nationalism and Spencer’s “alt-right” movement had been simmering for months in Whitefish and some townspeople were opposed to the idea of the “alt-right” having a perceived foothold in the town.

According to the narrative as laid out in the lawsuit, Gersh was targeted after she agreed to help Sherry Spencer sell her building.

Sherry Spencer called Gersh on the telephone and asked “How should I handle this?” referring to possible protests. Gersh suggested she might sell her property and donate the money to a social cause. Gersh said she could act as a broker. Later, Spencer said she wanted to independently with selling her building.

Some time later, Sherry Spencer posted a detailed blog post on the website Medium describing her interaction with Gersh as extortion. The SPLC lawsuit alleges that Richard Spencer may have written this post, though in a previous interview with the Forward, Spencer denied this.

Following Sherry Spencer’s turnaround, Anglin launched the troll storm — casting his campaign as a defense of the Spencer family, who Anglin described as the true victims of a “Jewish plot.”

Posting personal information about Gersh and her family, Anglin called on his readers to launch a “troll storm” against the family. “Let’s Hit Em Up,” he urged.

“I once answered the phone and all I heard were gunshots,” Gersh told reporters Tuesday in a telephone news conference according to the Los Angeles Times.

The suit, filed in U.S. District Court in Missoula, seeks compensatory and punitive damages, though attorneys have not specified a dollar amount being sought.

“In the old days, Andrew Anglin would have burned a cross on Tanya’s front lawn,” Southern Poverty Law Center President Richard Cohen told the Los Angeles Times. “In the digital age, he launched a troll storm against her.”

While the SPLC center has filed litigation against extremist groups in the past, only one of its previous cases dealt with online threats like this.

“Putting people in fear is a form of assault,” Cohen told the Los Angeles Times. “The legal principles are tried and true, but this is the first time we’ve applied it in a digital context to a troll storm.”

During the trolling, Anglin railed against “the lying Jew media” of attacking him and sought to cast the Sepencers as the true victims. “I have made it explicitly clear that I am not calling for threats or harassment or anything else against the people who are threatening and harassing (and extorting) the Spencers,” he wrote.

According to the lawsuit, Gersh has “experienced serious and severe emotional and physical distress as a result of the harassment,” for which she has received medical treatment. Gersh has had “panic attacks, goes to bed in tears, wakes up crying, feels anxiety and discomfort in crowded places, has had trouble leaving her home, and fears answering her phone.”

“Overall, she feels like an entirely different person than she did before the troll storm as though she has been permanently altered,” the lawsuit reads.