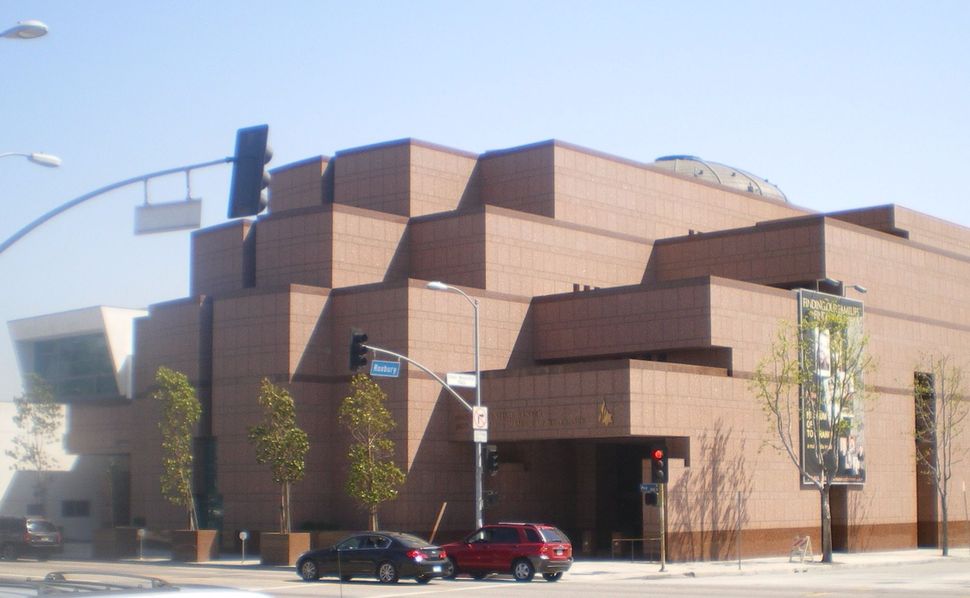 Workers at the Simon Wiesenthal Center’s Museum of Tolerance say they were driven to form a union after Rabbi Marvin Hier, the center’s founder and dean, gave the benediction at Donald Trump’s inauguration ceremony in January.

Many tour guides and front-line staffers at the Los Angeles museum are paid minimum wage, receive no health insurance, and feel that management is not responsive to workplace concerns.

But while the problems have been simmering for years, the workers got serious about their union drive after Hier, leader and founder of both the Wiesenthal Center and the museum, offered a prayer during Trump’s presidential inauguration.

“That galvanized us,” said one museum employee involved in the organizing effort, who asked not to be named for fear of retaliation. “I think what Trump has done and said is against everything that we think we work for at the museum as frontline staff.”

The employee also cited Hier’s compensation, which was $432,800 in the most recent year for which public data is available. Hier is among the highest-paid Jewish charity executives in the country. His wife and son are also on the payroll — earning $308,400 and $192,000, respectively. 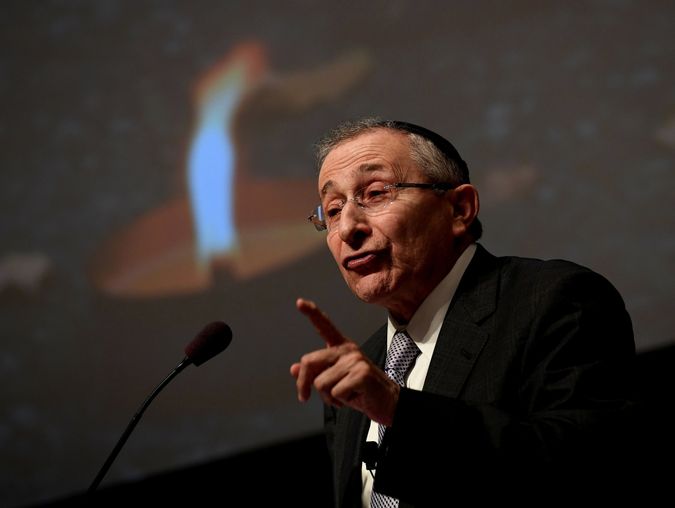 It’s “very unfair,” the employee said, contrasting Hier’s compensation to the $10.50 per hour minimum wage paid to many of the frontline workers at the museum.

The museum workers are now seeking to join a local of the American Federation of State, County and Municipal Employees, which also represents workers at the Jewish Federation of Greater Los Angeles, among other area Jewish groups. A union vote among the museum’s roughly 40 guides, docents, ticket takers, book store staff, and youth program aides could take place by the end of May.

In a statement, the Simon Wiesenthal Center said it would not comment on its employees. “All employees in our country have the right to organize a union if they choose, protected by Federal law,” the museum said. “The Museum of Tolerance will scrupulously abide by the law.  The Museum will be providing our employees with factual information to help them make this difficult choice and will abide by the decision that is made.”

Founded in 1993, the Museum of Tolerance features exhibitions on the Holocaust, diversity, and human rights. It is a project of the Simon Wiesenthal Center, a Jewish human rights NGO named for the famed Nazi hunter.

The Center is known for its star-studded galas, the latest of which raised $2.65 million, and included appearances by Barbra Streisand, film mogul Jeffrey Katzenberg, and rapper-turned-actor Ice Cube.

Hier, a charismatic New York-born rabbi who created the Wiesenthal Center and its museum, drew widespread criticism from liberal Jewish groups for speaking at Trump’s inauguration. One of six spiritual leaders to speak from the podium on the steps of the Capitol, he delivered a brief prayer.

The backlash hasn’t deterred Hier from appearing alongside Trump. Just last week, he stood behind Trump in the Rose Garden as the president signed an executive order on religious issues.

Museum employees first approached AFSCME organizers last summer, but then dropped out of touch until a week after the presidential inauguration.

“The hypocrisy got to be too much, and they finally were ready to move,” said Aaron Pearl, the AFSCME organizer working with the museum staff.

“Generally, they feel like they’re not listened to,” Pearl said.

Organizers requested in early May that management recognize the union. Pearl said that a National Labor Relations Board hearing is scheduled for later this week, and an election should follow in a few weeks.

In the meantime, museum management has brought in consultants to oppose the union drive, holding multiple mandatory meetings about unionization. “They’re being very, very aggressive,” the employee said.