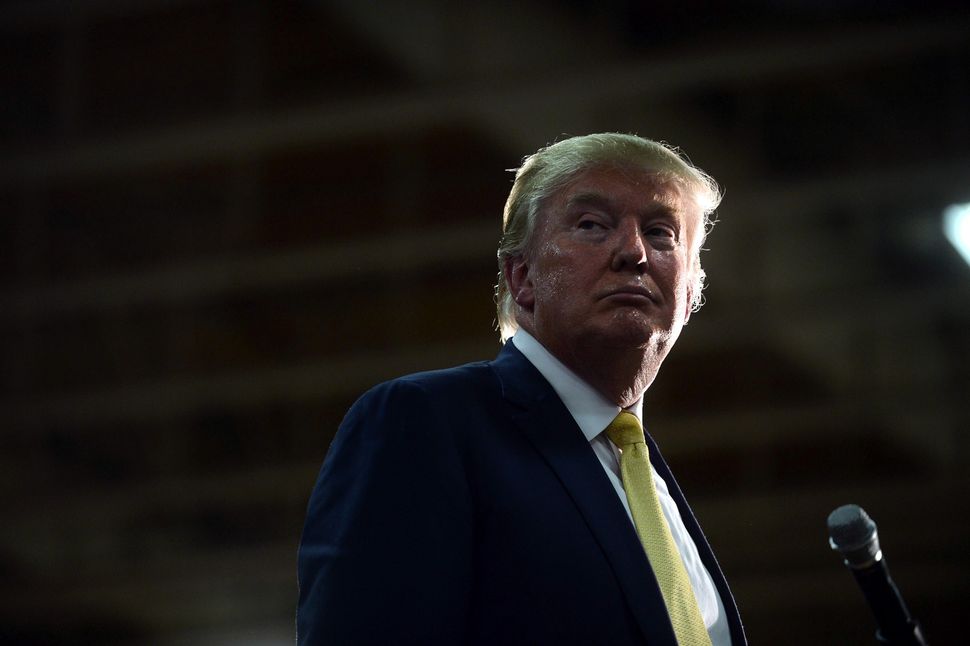 Donald Trump’s transformation from real estate mogul and reality TV star to president reads like a strange American fairytale. Dogged by controversy, with no political experience, Trump is now the most powerful person in the world.

To some, his triumph was so unlikely that there was only one way to explain in — God played a part.

Some mystically-inclined Jews see Trump as a sort of divine instrument. Within Israel’s controversial Temple Mount movement, which seeks to build the Third Temple in the center of Jerusalem’s Old City, Trump has found vocal advocates who see him not simply as a political ally, but as something more.

“President Trump can choose to be a part of a process to bring the Messiah,” Rabbi Hillel Weiss told Breaking Israel News, a religious website in Israel.

Now, with Trump’s visit to Israel Monday, members of the Temple Mount movement are hoping that Trump will endorse their project.

“We hope that you will decide to go up to the Temple Mount,” read a public letter from a group of rabbis known as the Sanhedrin. The group is a self-styled duplicate of the tribunal that convened during the time of the Second Temple.

If you seek world peace, the rabbis’ letter goes on, there is only one way to do this: “declare the raising up of the Temple.”

Of course, this is unlikely to happen, but during the campaign, Trump enjoyed popularity in white evangelical and some Orthodox Jewish circles — where his rise was cast in religious terms. Some even compared Trump to the biblical King Cyrus, referred to in Isaiah as God’s “anointed one,” who — though not Jewish — served the Hebrew God and aided the Jewish people. Trump was a decidedly non-religious candidate, the thinking goes, but one who was seen as still serving the interests of Americans on the religious right.

For Israel’s Temple Mount movement, the comparison was even more explicit: in the bible, Cyrus decreed that the Jewish Temple in Jerusalem be rebuilt after the Babylonian exile.

“I hope that [Trump] will ascend the Temple Mount and, from that source of light and energy in the world, lead us in a dialogue of peace and reconciliation,” Yehuda Glick, a Knesset member and leading figure in the Temple Mount movement, told Israel National News last fall.

Rabbis who are aligned with that movement are now saying that if Trump comes to Jerusalem and prays on the Mount, he will receive a “blessing of Solomon” given to “foreign kings.”

“When King Solomon completed the Temple … he dedicated the building by calling on foreign kings to come and [pray],” Rabbi Dov Stein, also a member of the Sanhedrin, recently told Breaking Israel News. “The proper place for a leader to pray is on the Temple Mount. If President Trump does so, he will receive this blessing.”