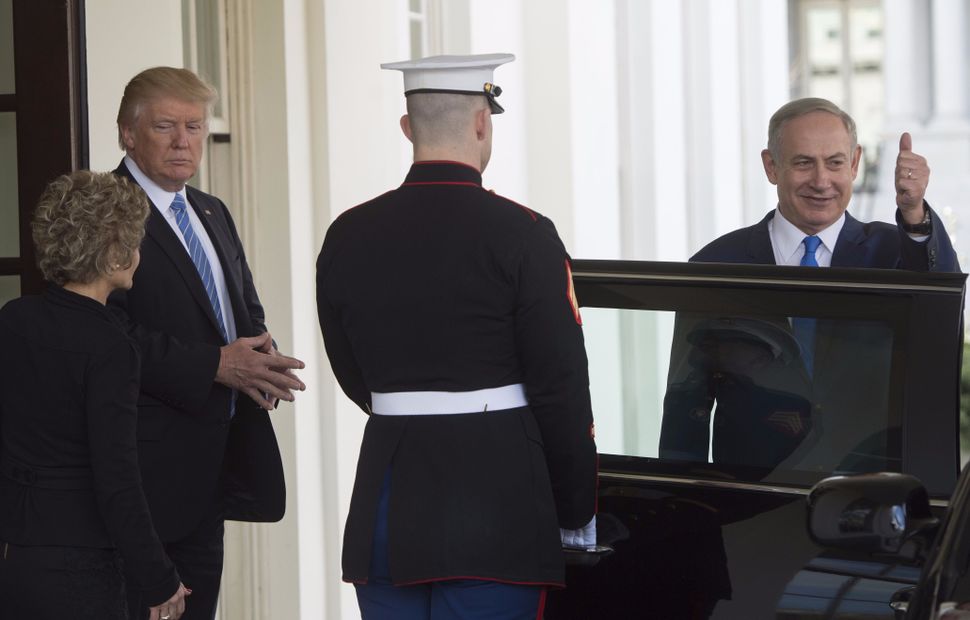 When Israel is put in danger, American Jewish and pro-Israel groups usually churn out press statements and op-eds in great gushes.

But when The New York Times reported this week that President Trump had revealed highly classified Israeli intelligence to top Russian officials, the Jewish communal outrage machine failed to engage.

The usual fuel was all right there. A former Mossad boss said the disclosure “is liable to cause heavy damage to Israel’s security,” and other former senior Israeli intelligence officials piled on.

Yet even days later, the Jewish communal and pro-Israel apparatus has been silent. The only group in the orbit to comment on Trump’s leak is the center-left J Street, which said it was “deeply concerned.”

When contacted by the Forward about responses to the leak, the following leading groups either did not respond or declined to comment: AIPAC, the Conference of Presidents of Major American Jewish Organizations, the Anti-Defamation League, and the American Jewish Committee.

In other words, the whole mishpacha.

“I do wonder if this administration is being held to the standard of previous administrations,” said Logan Bayroff, J Street’s associate director of communications. “For us it really was a clear question of the U.S.-Israel relationship and a question of security cooperation being at the center of that relationship.”

The intelligence crisis came right on the brink of Trump’s visit to Israel, as Jerusalem prepares to welcome the unpredictable American leader early next week.

Israeli Prime Minister Benjamin Netanyahu is hoping to seal a warm relationship with Trump during the upcoming visit. His government has been careful not to allow the reported intelligence leak to sour those hopes. Spokespeople for the government have reaffirmed their confidence in the intelligence-sharing relationship between the two countries.

That official Israeli quietude on the leaks appears to have spread to the American Jewish establishment.

“When they’re not [criticizing the administration] as an echo chamber to an Israeli criticism of an administration, they prefer not to tread there,” said Daniel Levy, president of the US/Middle East Peace Project, a dovish group. “They tend not to make their own call. They will wait to take their cue from the Israeli side.”

Others said that the silence on Trump’s leak came down to uncertainty about the facts.

“There’s a lot we don’t know,” said Matt Brooks, executive director of the Republican Jewish Coalition, which has supported Trump, and which also had no statement on the intelligence leak. “This thing is highly speculative and extremely sensitive, and I think a lot of people, rightly so, are hesitant on commenting.”

Brooks also said that, even if Trump had shared Israeli intelligence, it wasn’t done with malice.

“I don’t think [Trump] woke up in the morning and said, gee I’d like to embarrass Israel, or cause tsuris for Israel,” Brooks said.

Abraham Foxman, the former longtime national director of the Anti-Defamation League who used to control an important switch within the American Jewish outrage machine, said that the lack of communal response to the leaks was a welcome sign of restraint.

“It’s alleged information… And it’s really not even clear — it comes from media, from leaks — that it’s Israel,” Foxman said.

Foxman referred to an Al Jazeera report that the leaked intelligence came from Jordanian, not Israeli, spies. The report was sourced to Jordanian officials, who said they “don’t believe Israel has any high level spies inside ISIL.”

Foxman said that American Jewish leaders are generally cautious when commenting on intelligence matters. “I would put it in the category of where the Jewish community is acting wisely,” he said. “Not every issue needs to be made into a crisis situation.”