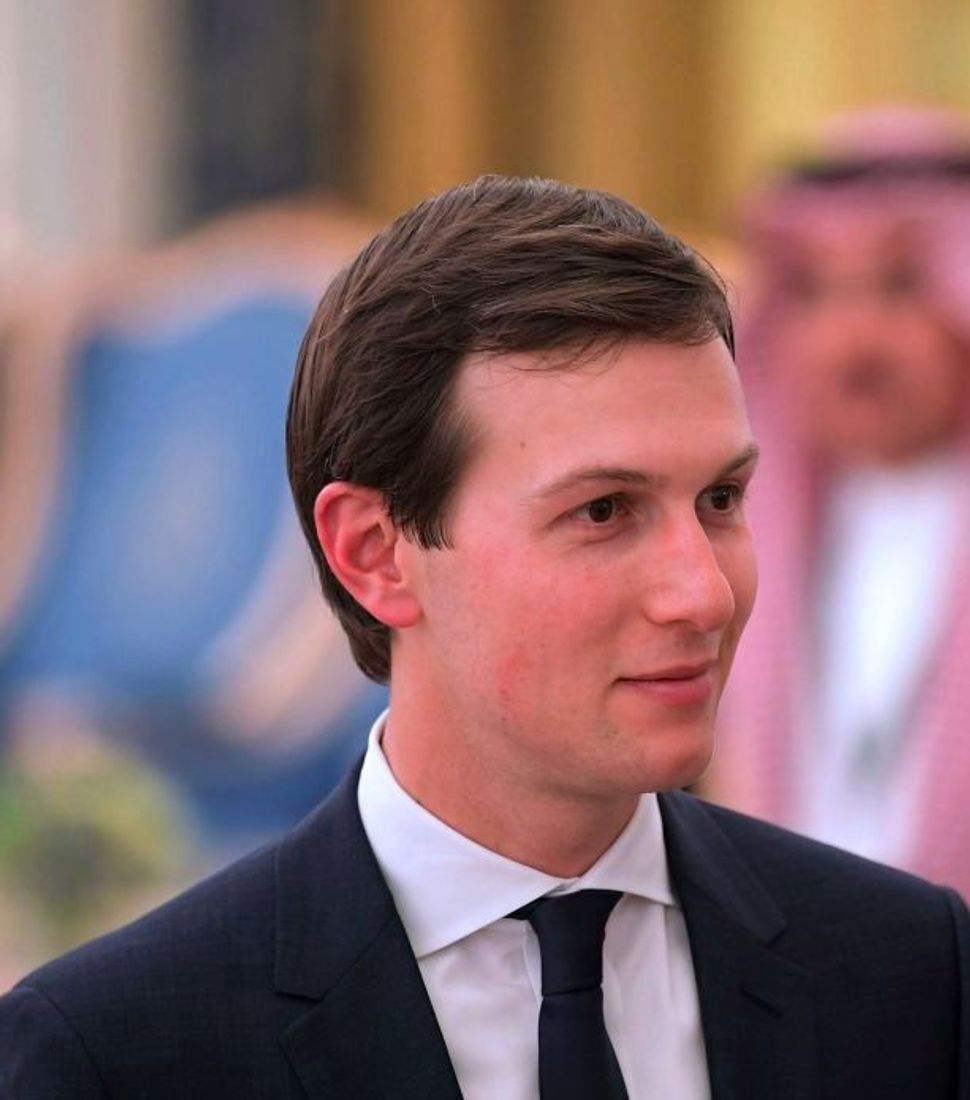 On Sunday night, as President Trump was concluding a successful two-day visit to Saudi Arabia, the White House distributed a very rare press release: a statement attributed directly, “on the record”, to Trump’s son-in-law and senior adviser, Jared Kushner.

“The president asked us to plan a trip that would help unite the world against intolerance and terrorism and we have made great progress towards that goal in Saudi Arabia,” the statement said, before listing what the White House considers Trump’s main achievements during the visit – “signing a landmark defense agreement negotiated by the President, helping to launch a new center to combat extremism and securing cooperation from countries in the region to outlaw, track and stop the financing of terror.”

The content of the press release wasn’t very different from the usual post-foreign visit statement put out by senior staff members. It was the fact that it had Kushner’s name on it which made it unusual. Ever since taking the role of a senior adviser to Trump last January, Kushner has mostly shied away from the press. He has not given interviews and has generally stayed away from speaking in public.

The statement was a testament to Kushner’s central role in organizing Trump’s foreign trip, which started this weekend and will continue into the coming week. Kushner was specifically involved in the Saudi leg of the trip, and took part in the negotiations that led to the signing of the defense deal between the two countries, which is worth more than a hundred billions dollars.

Trump arrived to Saudi Arabia bruised and battered, after arguably the worst two weeks of his presidency thus far. This morning, he is leaving the country in a much better position, having turned the news cycle from his struggles in Washington to his speech against terrorism in Riyadh. Much of the credit for that will probably go to Kushner, although he is not alone in this triumph – Trump’s speech also had important input from National Security Adviser H.R. McMaster and his team. The next stop on the trip – Israel and the Palestinian Authority – will present another test for Kushner. Back in January, right before his inauguration, Trump said on a number of occasions that he is planning to put his son-in-law in charge of getting “the ultimate deal” between Israel and the Palestinians. Ever since he entered the White House, however, Kushner has been busy with an endless list of other tasks, and has not yet devoted too much time and attention to the “peace process.”

Sources in the administration told Haaretz that people who work on issues relating to Israel and the Palestinians occasionally receive requests for information or analysis with a side note indicating it is intended for Kushner.

“There is nothing consistent in those requests,” one source explained. “Once it’s about economic stuff, a few days later it could be something about the core issues of past negotiations. There is no pattern.”

Publicly, Kushner hasn’t yet made any comments on this issue, nor has he had any meetings devoted to it. The person in the administration who has taken the lead on the Israeli-Palestinian issue has been Jason Greenblatt, Trump’s trusted and loyal attorney. Kushner did participate in a number of Trump’s meetings with leaders from the Middle East – including Prime Minister Netanyahu and Palestinian President Abbas – but there was no public evidence he played a prominent role in those meetings.

One previous Middle East negotiator, who has advised members of the Trump administration and requested not to be named, told Haaretz that “it might make sense to deliberately not involve Jared at this early stage, so that once he does get involved, it will become a major moment, and prove to everyone that this thing is getting serious.” Whether that’s the calculation or not, it is true that any signs of involvement by Kushner will immediately be interpreted as proving Trump’s interest in the peace process, if only because Kushner is considered so personally close to the president.

Kushner’s positions on the Israeli-Palestinian conflict remain a mystery. His family’s foundation has donated to projects and charities in settlements outside of Israel’s internationally recognized borders, and his father was reportedly close to Prime Minister Netanyahu in the past. Kushner helped Trump write his speech before the 2016 AIPAC conference, which had a right-of-center approach to the conflict, but didn’t include explicit support for settlements or opposition to Palestinian statehood either.

The visit to Israel and the Palestinian Authority could be the perfect opportunity for Kushner to take the stage and increase his involvement in the Israeli-Palestinian file. But in order for that to happen, the president’s arguably closest adviser will need to find time in an increasingly packed schedule, a schedule that could become even tighter if the recent rumors and allegations connecting him to the investigation into Trump’s ties with Russia turn out to be true.

Another interesting question to watch will be how Netanyahu treats Kushner during the Presidential entourage’s 24 hours in Israel. Back in February, when he arrived to the White House for his first meeting with Trump, the prime minister jokingly asked Kushner, in front of a room full of journalists and cameras, if it would be OK for him to say how long the two of them had known each other. The remark was friendly, but Netanyahu probably wouldn’t have spoken that way to a veteran, experienced and esteemed peace negotiator. It emphasized Kushner’s young age (he was born in 1981) and lacks of any previous diplomatic experience.

Kushner ended his rare statement on Sunday by thanking the Saudi leadership for their hospitality, and declaring that he is looking forward “to continue to accomplish the President’s ambitious objectives on this trip.” As Air Force One makes its’ way to Israel, we’ll soon find out what exactly will be Kushner’s personal role in fulfilling those objectives.