Meet The 15-Year-Old Whose Political Newsletter Is Making Waves 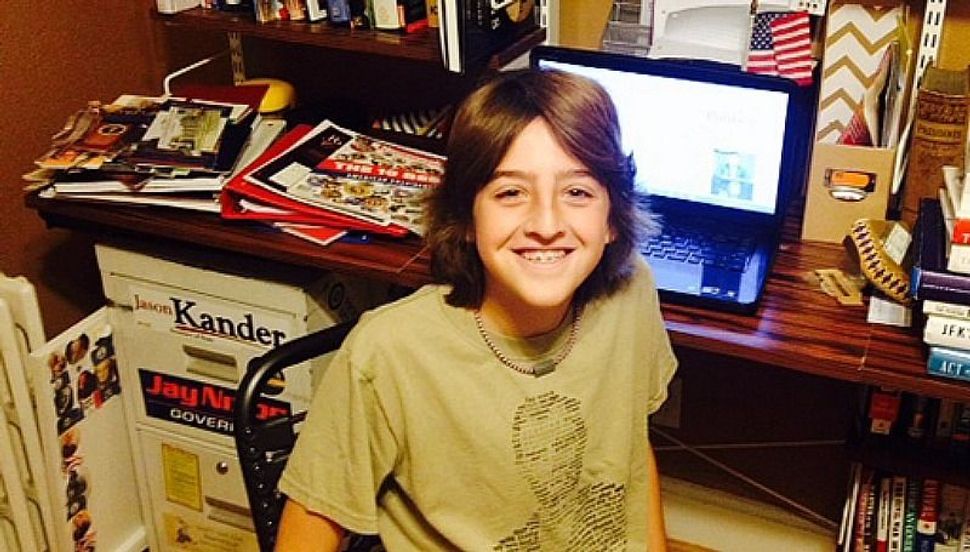 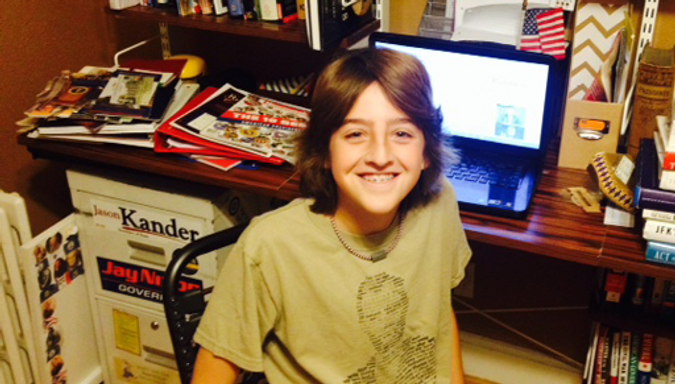 The first time I reached out to Gabe Fleisher, the writer of the daily “Wake Up To Politics” newsletter, he asked if I would mind waiting until the weekend to talk. His final exams, he said, would have to take precedence on school nights.

Fleisher is 15 years old, and after a recent profile in the New York Times, the “Wake Up To Politics” subscriber base jumped from about 2,000 to around 33,000. For Fleisher, a high school freshman who’s been writing versions of the newsletter since he was eight, it was an exciting moment.

“It’s more than I ever thought it would grow to,” he said. “It started with me sending it to my mom, and it has the same core mission.”

“Wake Up To Politics” is a comprehensive, deeply researched free newsletter that is as accessible to political junkies as it is to the most casual observer, written before Fleisher leaves for school at 7:45 (his 5:55 alarm is observed without fail). The audience is a “mix between people who are very ingrained in politics and not as much,” Fleisher said. Today, the newsletter counts reporters from the Times, Washington Post, and The Atlantic as subscribers, among many others. What explains its popularity?

“I prioritize a non-partisan perspective…For me, that’s my credibility, and that’s why people trust the newsletter,” Fleisher said. “People can tell pretty easily that its entirely fact-based.” While the newsletter does generally shy away from analysis, that’s not to say that it is without any personality—every edition is introduced as “live from WUTP World HQ in my bedroom.”

Before Fleisher was interested in politics, he says, history was his game (for the Jewishly inclined, he recommends “Congressional Minyan” and “Lincoln and the Jews”). After a road trip to President Barack Obama’s inauguration, Fleisher’s interest was piqued, and the ball started rolling.

He began to read the news daily, excitedly relaying the day’s events to his parents. Because they both work, his mother, Amy, suggested that he email her all of his thoughts on the political maneuvering of the world, so that she could have time to process it all. “She was my first subscriber,” Fleisher said in the Times interview.

Gabe’s father, Rabbi Randy Fleisher, has worked at Central Reform Synagogue in St. Louis for fifteen years, and has tried to impart a message of universal social justice. “Gabe has obviously grown up as a part of a really wonderful synagogue community,” said Rabbi Fleisher. “And without it being a very obvious part of his identity, he is very clear about the meaningful role that Judaism…has in his life.” Indeed, Gabe tells me that he sees the newsletter as a form of tikkun olam, insofar as it breaks down complex issues for those who may have neither the time nor inclination to do so on their own.

As for the future of the newsletter and beyond—if there was a short break for freshman final exams, what will the SAT mean?—Fleisher says that all he wants to do for now is focus on making it the best he can.

Meet The 15-Year-Old Whose Political Newsletter Is Making Waves