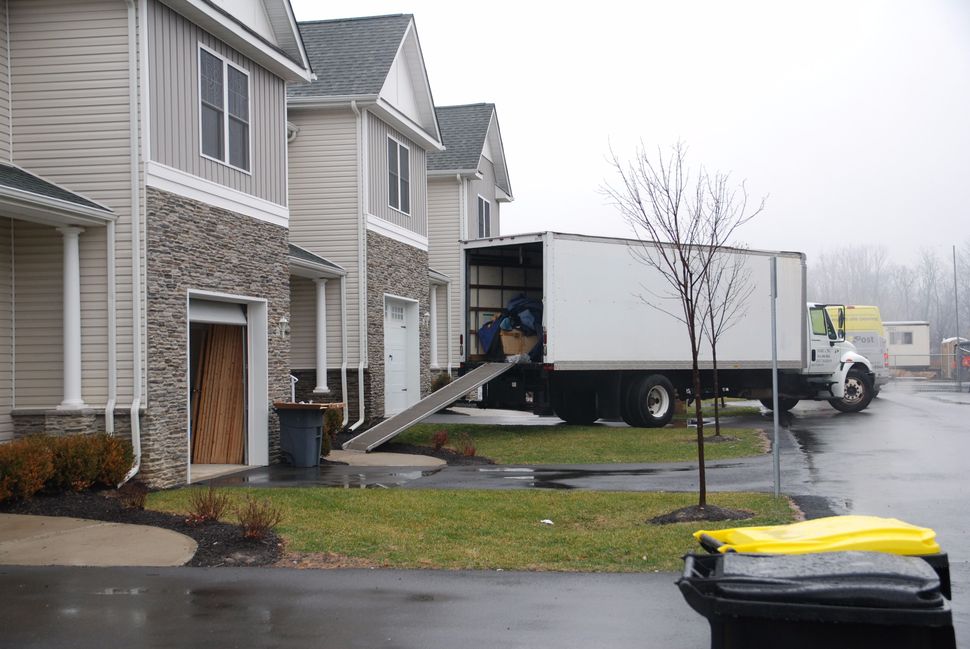 The tiny, bucolic village of Bloomingburg in upstate New York boasts a picture-postcard prettiness, with rolling hills, weather-beam barns and an old-fashioned ice cream spot. But the battle between locals and Orthodox Jewish developers has cast a pall over the place, and now the long-running saga has taken another strange turn with the builders pleading guilty to fraud.

Now there’s an air of uncertainty around the nascent community for Hasidic Jews, even as people start to settle in, and construction continues. The disappearance of a Hasidic village trustee, Aaron Rabiner, has exacerbated the growing tension.

“Nobody seems to know anything,” said Kathy Roemer, a former trustee of the village who lost her seat to Rabiner in 2015.

It’s the latest strange twist in a story that’s had more than its share of surprises.

For nearly a decade, locals in Bloomingburg have fought efforts by developer Shalom Lamm to build dense housing for members of the Satmar Hasidic community in the rural village. Lamm pleaded guilty in early June to charges of voter fraud in connection with efforts to illegally register ineligible voters to vote in village elections in 2014.

In December,2016 it seemed that the fight over Bloominburg had ended, and that Lamm had won. The village had received the blessing of the Brooklyn-based leader of the Satmar Hasidic group, Grand Rabbi Zalman Leib Teitelbaum, and members of the Satmar community began moving in in droves.

After Lamm’s arrest that month, not much changed on the ground. With the prospect of a long legal battle hovering like a cloud over the village, a new school opened for Satmar boys, and Satmar families continued to move in.

Then, in a development that shocked even close observers of the controversy, Lamm and a co-defendant, fellow developer Kenneth Nakdimen, pleaded guilty in quick succession. 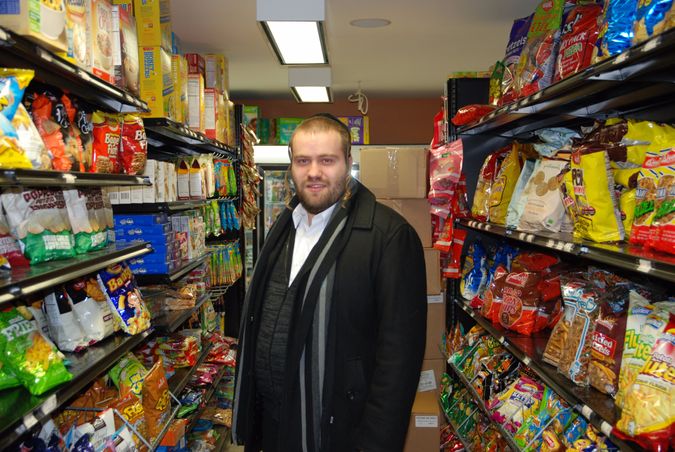 Aaron Rabiner, pictured in November, has not shown up to a village board meeting since he was reelected in March. Image by Josh Nathan-Kazis

Now the village has been thrown into confusion.

“We’re trying to formulate a plan,” Roemer said. “Everybody that’s got a foot in the door is working on formulating a plan.”

There’s no official word from the developers about how Lamm’s guilty plea might affect the project. But locals said that construction at Chestnut Ridge, Lamm’s development, continues.

Not least among the oddness is the saga of Rabiner, an early Hasidic pioneer in Bloomingburg.

A Hasidic man who moved to Bloomingburg in 2014, Rabiner won re-election to the village board in March and hasn’t been seen since.

Locals say he’s been around town. But Rabiner hasn’t shown up to a board meeting, and hasn’t even been to the village office to pick up his checks.

When he spoke to the Forward last November, Rabiner said the rural setting had drawn him to Bloomingburg.

Rabiner lived in a rented house in Bloomingburg with his wife and child. He said he owned a company selling shirts. Though he is Hasidic, he is not a member of the Satmar community. He said he hoped for more businesses to move to Bloomingburg, and for the village to grow.

At the time, Rabiner had been a village trustee for two years. He won a re-election officially uncontested in March, though Roemer ran a write-in campaign against him. The Times Herald-Record, an upstate paper that has covered the Bloomingburg saga closely, reported that Rabiner’s repeated absences were an issue at a village board meeting held days after Lamm’s guilty plea.

“It upsets me that he doesn’t come to the village meetings,” Mayor Russell Wood said, according to the paper. Wood said he had asked Rabiner to resign.

Rabiner did not respond to a message left on his phone.

Meanwhile, some locals are sick and tired of the whole issue. “This stuff is in the paper, God, hundreds and hundreds of times,” said James Johnson, another former village trustee. When Lamm pleaded guilty, Johnson said he mostly heard relief that it was over.

But others say it’s just getting started.

Holly Roche, leader of the Rural Community Coalition, a local group created to oppose the development, said that she has been in regular contact with the FBI.

“Let’s put it this way,” she said. “There is still an ongoing investigation.”

A spokeswoman for the FBI would not comment on whether or not there is still an ongoing investigation.

“Nothing slows them down,” Roemer said.