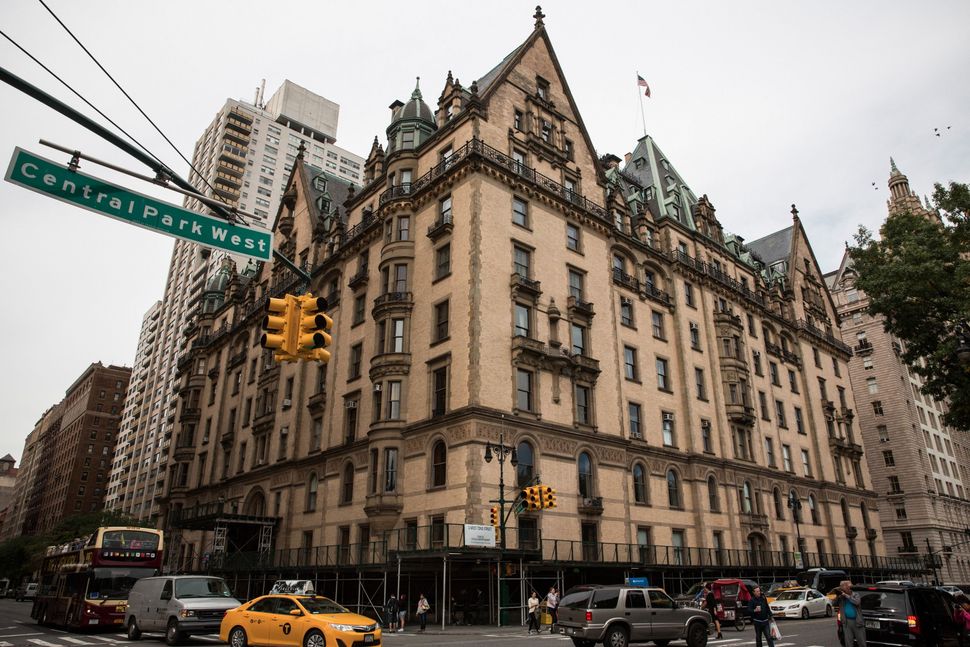 The Dakota Image by Getty Images

Larry and Toby Milstein, two rising young Jewish socialites, held a séance in Leonard Bernstein’s former apartment, attempting to summon the spirit of the deceased composer, according to The New York Times.

The ghostly communication took place at The Dakota, the Central Park West building perhaps most famous for being the site of John Lennon’s murder. Bernstein died in 1990.

The Milsteins, heirs to a fortune in the billions that was garnered from flooring and real estate, convened their friends — all in their early 20s- – in the family apartment. The siblings, according to the Times, have been “cutting a dash on the city’s junior philanthropy circuit recently, making sizable donations to institutions like the NewYork-Presbyterian/Morgan Stanley Children’s Hospital.”

For the séance, participants gathered around the piano and sang Bernstein’s iconic “Maria” from “West Side Story” and “Imagine” by John Lennon, along with Taylor Swift’s “I Don’t Wanna Live Forever.”

“It’s a modern séance that’s rooted in the music of the individuals that inhabited this place,” Larry Milstein said. “You can feel the vibrations of them, and that means they’re there.”