The ‘Firefighter Prophet’ Who Says He Predicted Trump’s Rise 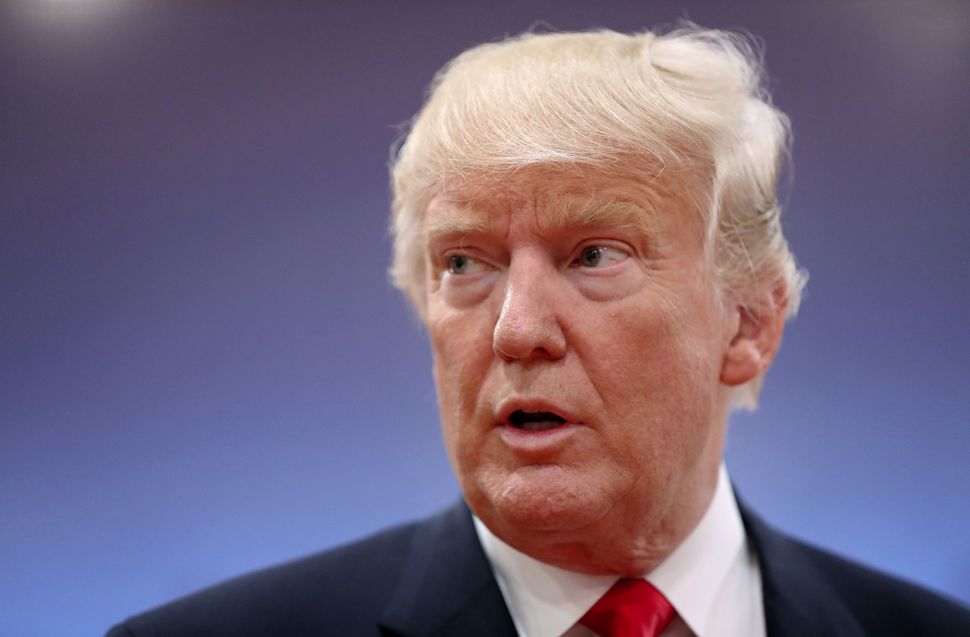 For diehard Donald Trump supporters troubled by this week’s Russia controversy swirling around the president, an unlikely firefighter-turned-prophet has comforting news: This is all part of God’s plan for America, and for Israel.

Mark Taylor is a former firefighter from Florida who presents himself as a Christian prophet, based on the claim that God revealed to him in 2011 that Trump would become president. He has a new book out — “The Trump Prophecies: The Astonishing True Story of the Man Who Saw Tomorrow… and What He Says Is Coming Next” — advancing the belief that Trump is a divine instrument. 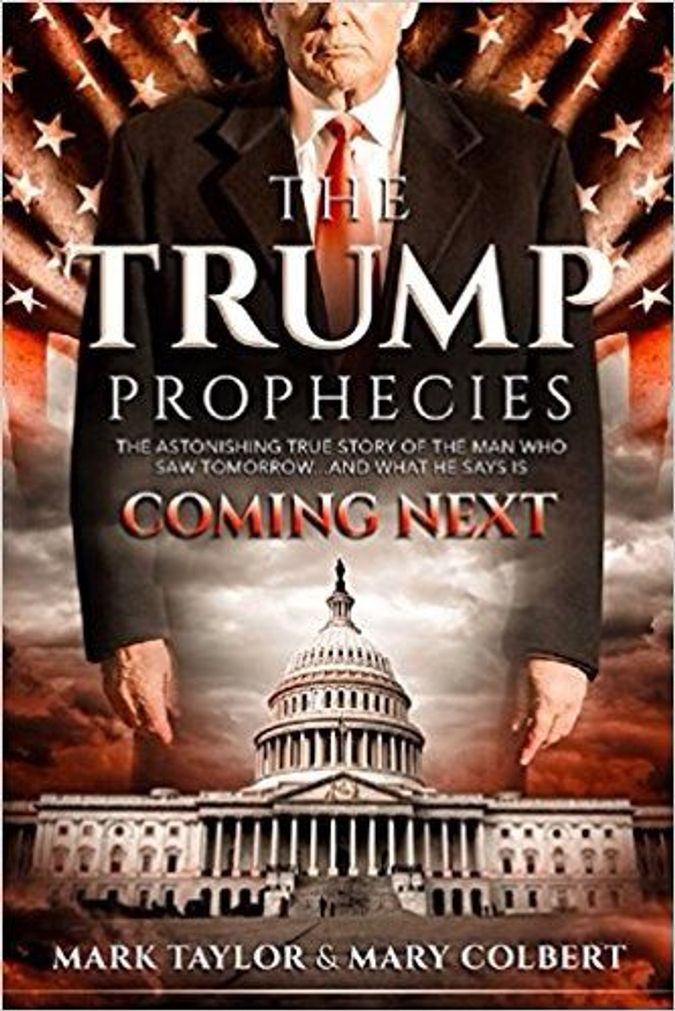 “The Spirit of God says, I have chosen this man, Donald Trump, for such a time as this,” Taylor said when he first prophesied about Trump, comparing him to Israeli Prime Minister Benjamin Netanyahu and describing Israel and America as allies in a great spiritual battle.

Taylor joins a small but vocal group of prophetically inclined media figures popular in charismatic and Pentecostal circles that see the political and cultural turmoil of the moment as a supernatural battle between the forces of good and evil. Israel plays a central role in the supernatural warfare visions of Taylor and of others. 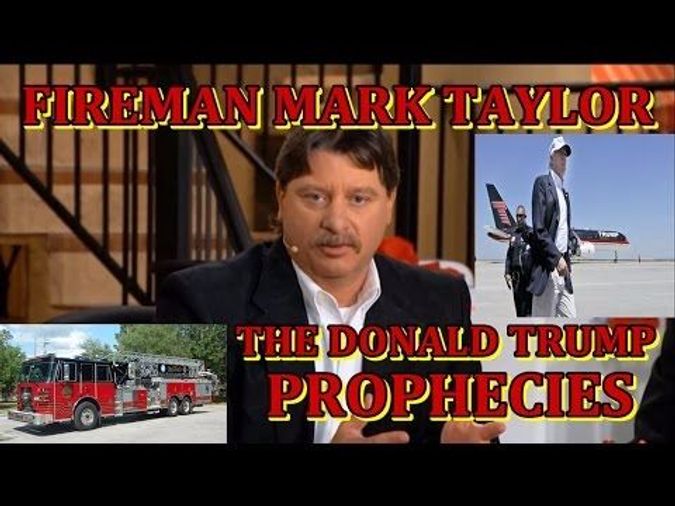 Taylor is becoming a regular face on media outlets of the religious right. Charisma magazine, a leading charismatic publication with a circulation of nearly 300,000, has given Taylor’s work regular promotion. Sky Watch TV, a platform from end-time prophecy personality Gary Stearman, featured Taylor in a two-part interview at the start of July. Last December, Taylor appeared on “The Jim Bakker Show” in a segment heralded as “A New Prophecy for America.”

While his formal affiliation is unclear, Taylor once belonged to an Apostolic Church in Florida. The apostolic movement is a Christian denomination that came from the Pentecostal movement.

“For the religious right, Israel plays a huge part of their theology,” said Peter Montgomery, senior fellow at Right Wing Watch. “They think that God in this time is raising up a whole new army of prophets and apostles.”

Taylor’s unlikely story adds to his allure. He has no formal religious training, and fashions himself an everyman. Taylor is, he says, a third-generation fireman who has gone from being a “man’s man” to being “God’s man.”

His original prophecy continued: “The enemy will say, ‘Israel, Israel, what about Israel?’ For Israel will be protected by America once again. The spirit says yes! America will once again stand hand and hand with Israel, and the two shall be as one.”

Taylor retired from firefighting in 2006. And a year later — amid a debilitating sickness — he was struck with a transformative and terrifying dream. He was on his hands and knees in his living room, he recounted in a recent interview, writing in cursive with his hand in the carpet. A black cloud was in front of him and he was filled with fear.

God, he understood, had a plan for him.

It took five years for Taylor to understand exactly what that plan was. It came to him while he was watching TV. In 2011, while tuned into a program featuring Trump (it was, he thinks, an interview on Fox), Taylor heard a voice speak to him that he says was God.

“While I was watching him, I heard the Lord say, ‘You’re hearing the voice of a president,’” Taylor recalled in a recent interview. “And I sat down and listened to what the Holy Spirit was saying. I wrote out everything the Holy Spirit was telling me.”

It was this note he wrote that would be later called the “Trump prophecy” and include the reference to Benjamin Netanyahu and Israel.

Trump had no known political ambitions then, of course, and Taylor didn’t go fully public with his vision until Trump’s political star began to rise.

In explaining why Barack Obama was in office for eight years, Taylor has said that this was also part of God’s plan. Americans needed to “build a righteous anger” necessary to elect Trump and thereby save the world, Taylor has said.

Israel is important in apostolic or charismatic theology about end-times, said Daniel Silliman, a Lilly Fellow at Valparaiso University whose research has focused on Pentecostalism. The establishment of the State of Israel is seen as a fulfillment of prophecy. And Netanyahu, insomuch as he is seen as a strong or militaristic leader of the country — someone who will do anything to protect the Jewish people — is also seen as an instrument of God, Silliman said.

“The more militaristic the leader, the more apostolic or charismatic people may flock to that person,” Silliman said. In this way, Netanyahu and Trump are both seen as divinely “anointed” leaders.

His self-described prophecies may seem unusual, but Taylor fits into an established tradition within apostolic circles of interpreting current events — natural disasters, elections, terrorist attacks — as signs of God’s work in the world. Hal Lindsey’s 1970 best-seller “The Late, Great Planet Earth” (which even got a film adaptation) is perhaps the best known in this prophetic genre that finds correlations between end-time prophecies in the Bible and current events.

And while this week brought a series of seemingly groundbreaking revelations about the Russian support of the Trump campaign, researchers who follow the Christian right say these controversies will only boost Trump’s religious support. Political opposition to Trump, in this end-times worldview, is just further evidence that we are in the middle of a supernatural battle.

“The bigger trouble Trump gets into, the more they feel the need to rally around him,” Montgomery said. “The last people standing with Trump will be his religious allies.”

The ‘Firefighter Prophet’ Who Says He Predicted Trump’s Rise