God Sent The Holocaust, Says A Rabbi Reviled — And Adored 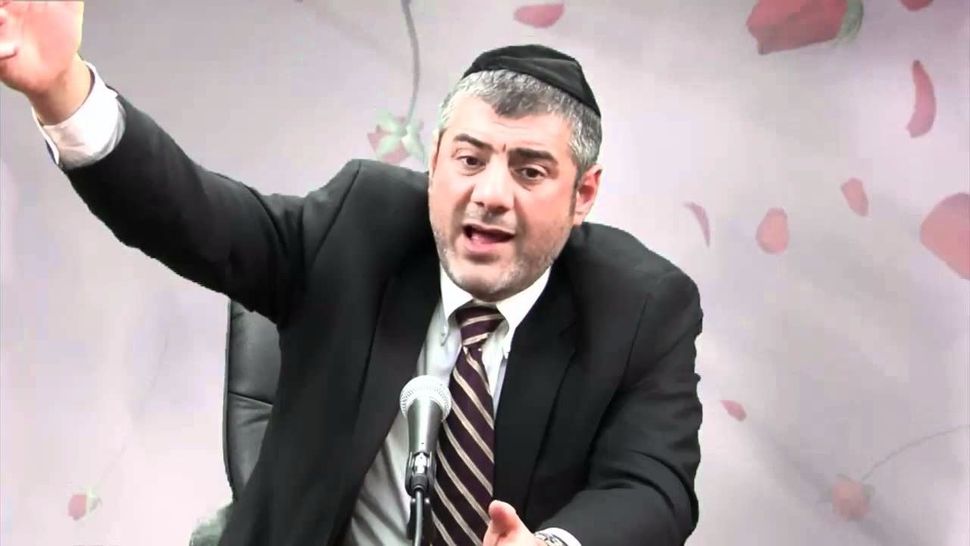 Over the course of a two and a half-hour long video on the meaning of life, Yosef Mizrachi lectured in a thick Israeli accent about the majestic and terrifying power of God. Scenes of rolling thunderclouds and the immensity of the universe are contrasted with what Mizrachi, an ultra-Orthodox rabbi known for his popular outreach lectures, identifies as the number one threat to Jews.

What is it? The secular world.

Such statements are par for the course for Mizrachi, a charismatic rabbi based in New York who has courted controversy over the last years for his brash lectures about how God metes out divine punishment. Some of those divine punishments, Mirzrachi tells his followers, include the Holocaust. Autism can be caused by human sin. Cancer, too.

Already well-known for his thousands of outreach videos, Mizrachi announced this month that he’s planning to release his first book. He is hoping to raise $30,000 on a crowd-funding site to this end.

While his fans applaud the move, his critics continue to rail against the rabbi. You either hate or love Mizrachi. There is little in between.

He has legions of fans online — and just as many detractors, who gather in a number of Facebook groups to highlight what they see as his most outrageous and offensive statements. Mizrachi positions himself in a tradition of Sephardic ultra-Orthodox teachers and calls former Sephardic chief rabbi Ovadia Yosef a role model. A sympathetic profile of Mizrahi in the Jewish Press described Mizrachi as “telling people the whole truth no matter how harsh it might be.”

“Liberal Jews,” the Jewish Press wrote, “accuse him of being ‘politically incorrect’ even though he is only quoting the Torah and other holy scriptures.”

A detailed letter protesting a Mirzachi visit to the United Kingdom last fall is a good example of the objections many have to Mizrachi — describing his views as “cultish, divisive and contemptible.”

“Rabbi Mizrachi is on record as expressing a variety of highly offensive, bigoted and hateful views,” the letter reads.

His defenders, however, see him as a sincere “outreach rabbi” — encouraging less observant Jews to ramp up their levels of religiosity.

“Rabbi Mizrachi drives back and forth, from Monsey, to Queens, to Brooklyn, to give lectures, showing clear sincerity,” one defender wrote on Facebook. “It has been made very clear already that the people who attack Rabbi Mizrachi are low-lives (sic).”

Mizrachi’s own life, though, is a little more winding and unusual than his fire-and-brimstone rhetoric might suggest.

He grew up in a secular Persian-Israeli home and attended a secular Zionist public school in Bat Yam, according to the Jewish Press profile. He served three years in the Israeli Air Force and afterwards moved to America at age 21.

He eventually found work in “Manhattan’s financial district” where he reportedly became one of the top sellers in his firm. The Jewish Press calls his rise “meteoric.” Mizrachi married an American woman (an Ashkenazi) and seemed to be finding great success in his new country.

At the height of this career, or so the narrative goes, he decided to leave it all after a transformative one-on-one with a religious cousin in Jerusalem.

“He spoke to me for about an hour and a half about the truth written in the Torah and that was it,” Mizrachi told the Jewish Press.

Mizrachi says he soon found that he was possessed with the “gift of gab” and the ability to convince other Jews to become more religious. 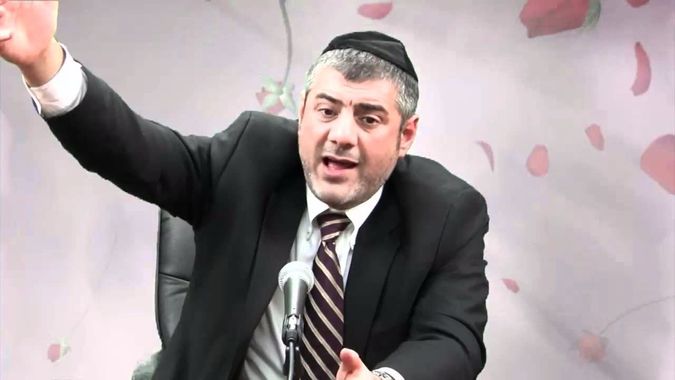 He became a “kiruv,” or outreach rabbi, one among a handful of Jewish clerics who have fashioned themselves mini-celebriites online — “using modern technology in a new and innovative way: to bring Jews back to Hashem,” the Jewish Press wrote.

Mizrachi now posts his videos on Divineinformation.com, his outreach website launched in 2004.

“These lectures and videos have created an enormous amount of followers in more than 50 countries, mainly in the USA, Israel, Canada, England,” the website reads.

As his star rose, though, he also was met with plenty of criticism — particularly for his provocative statements about divine punishment. “Does Orthodox Judaism promote compassion and non-judgment or fire and brimstone?” the website Jew in the City asked.

In December 2016, a group of prominent rabbis, including the president of the Rabbinical Council of America, decried Mizrachi’s style and what they called dangerous teachings.

“We are greatly concerned about the popularity in some circles of a ‘kiruv’ approach that does not bring honor to the Torah ha-Kedoshah,” the letter read. “He has … repeatedly arrogated to ‘know’ why unfortunate things happen to various people and has presented subtle statements of Chazal in superficial and deceptive ways.”

But Jewish teachings about divine punishment — “why unfortunate things happen to various people” — are hardly unique to him.

There is, of course, a long history of Jewish thinkers explaining suffering in religious terms — seeking ways of reconciling events like the Crusaders, the Spanish Expulsion and other historical trauma with the faith in a benevolent God.

And the Holocaust, particularly, has been a recurring flashpoint in the discussion. And, despite most Jews rejecting the notion that the Holocaust was some sort of divine punishment — the topic is still fraught.

The Satmar Rebbe, Yoel Tietlbaum, argued that the Holocaust was God’s punishment of the Jewish people for its sins, and primarily for the sin of Zionism, which his movement’s follower still oppose. Rabbi Zvi Yehuda Kook, a leader of Religion Zionism in Israel, also viewed the Holocaust in a theological light—seeing it as a necessary process of “divine purification” that would bring large numbers of Jews to the land of Israel, thus ushering in the messianic age.

And Ovadia Yosef (the Sephardic chief rabbi whom Mizrachi cites as an inspiration) also described those Jews who died in the Holocaust as “reincarnations of the souls of sinners, people who transgressed” who “had been reincarnated in order to atone.”

Many object to such views, for obvious reasons.

In 1974, for example, the book “Faith After the Holocaust” by Eliezer Berkovits rigorously pushed back against the notion that the Holocaust could be interpreted as a punishment for sin — instead placing the cause for the Jewish genocide on the failing of humanity more broadly.

“Holocaust theology is something which is very sensitive,” said Motti Inbari, a professor of religion at the University of North Carolina at Pembroke.

For those who are follow Mizrachi’s “doom and gloom” theology, Inbari said, the teachings offer a sense of security. If God punished the Jews for abandoning their faith once, the thinking goes, why couldn’t it happen again?

“It justifies remaining ultra-Orthodox in spite of a big wave of secularization,” Inbari said. “It gives you the sense of doing the right thing.”

God Sent The Holocaust, Says A Rabbi Reviled — And Adored