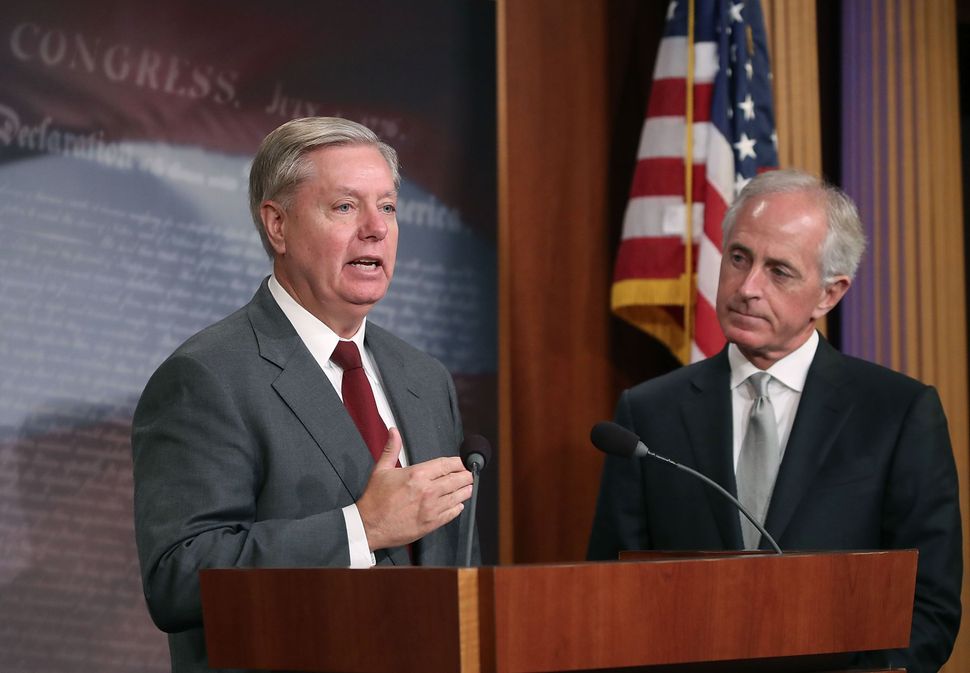 The final version, approved in a 17-4 vote, was welcomed by a broad coalition of pro-Israel activists, from right-end group to centrists organization. But the lead-up to the vote found a pro-Israel community in transition, with evangelical and right-wing activists heading the effort, while mainstream and centrist groups followed behind.

“When you know you’re doing the right thing, you don’t fear acting alone. This isn’t the first time we’ve led a lonely fight. It certainly won’t be the last,” said David Brog, founding executive director and a member of the board of Christians United for Israel. CUFI has more than 3.1 million members on its email list, but the group does not require paid membership.

CUFI led the lobbying efforts on the Taylor Force Act, a piece of legislation that was seen by parts of the pro-Israel community as controversial, because of concerns that cutting U.S. aid to the P.A. would undermine moderates and endanger future peace negotiations with he Palestinians. Fighting alongside CUFI for approval of the bill were groups aligned to the right of the Jewish political center, including the Zionist Organization of America, the Orthodox Union and the Republican Jewish Coalition. 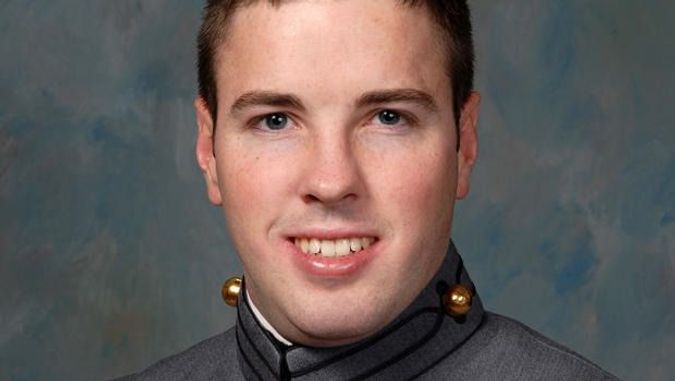 Notably absent from most parts of the advocacy drive was the American Public Affairs Committee. AIPAC, considered the most effective pro-Israel lobby, chose to stay on the sidelines throughout the yearlong debate. The lobby stated its belief that, in principle, U.S. aid money should not support funding Palestinians who had committed terror attacks against Israel. But in practice, it refused to endorse the bill or lobby for it before changes were made to its language and until it became clear that the Israeli government is interested in seeing such legislation passed.

AIPAC’s spokesman Marshall Wittmann denied that the group had waited for a green light from Israel on the bill. “It is totally false to assert that our position on this legislation was influenced in any way by considerations of the Israeli government,” Wittmann said. “Our decision to support this version of this important legislation was made by our board of directors because it had the best chance to attract the strongest bipartisan support to end the abhorrent practice of payments to terrorists and their families.”

But in the rapidly changing reality facing pro-Israel advocacy groups in the Trump era, this cautious wait-and-see approach and the deference to Israeli considerations no longer set the tone, pushing groups like AIPAC out of the driver’s seat in favor of its competitors from the right.

“CUFI has always supported the policies of the democratically elected government of Israel when it comes to the big issues of land, war and peace,” Brog said. “But when it comes to how our own tax dollars are spent, we felt we had every right to speak out.”

Dan Shapiro, who until recently served as U.S. ambassador to Israel, argued that while Americans have to make their own decisions about usage of their taxpayer dollar, “an approach that takes very seriously the views of the Israeli government and security professionals about what serves Israel’s security interests should weigh heavily in our deliberations.”

Shapiro, who is now a visiting senior fellow at the Institute for National Security Studies in Israel, added, “I was amused not long ago when an American skeptic of U.S. assistance to the P.A. told me that the biggest frustration he faced in gaining support for his views was the opinions of Israeli security leaders.”

Shapiro testified before Congress on the bill, and suggested tweaking it to add a presidential waiver that would allow the executive branch to determine if and to what extent aid to the Palestinians would be cut. The idea was rejected by the Senate committee. In another sign of changing times, chairman Bob Corker noted in the final debate that Congress is “moving away from giving broad waivers” to the executive branch, as seen in the recent Russia sanctions bill.

The Taylor Force Act marks the first and most significant victory of this new ad-hoc coalition leading the pro-Israel community, but it is not their first attempt to redefine pro-Israel advocacy.

Shortly after Trump took office, CUFI, alongside the RJC, O.U. and ZOA, spearheaded a campaign, which eventually failed, to ensure the president lives up to his campaign promise and moves the U.S. Embassy in Israel to Jerusalem. The groups launched grassroots advocacy drives alongside high-level meetings led by Republican megadonor Sheldon Adelson, who also supports some of these groups. AIPAC, once again, remained on the sidelines, expressing its pro-forma support for relocating the embassy, but refraining from any lobbying mobilization. 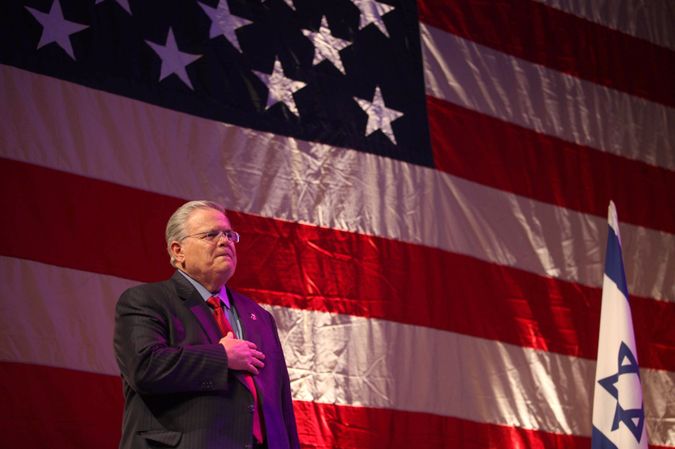 Since, this impromptu coalition has become more active. Leaning on stronger ties to the White House than most mainstream Jewish groups and on a Republican-majority Congress in which evangelicals enjoy more political clout, they pushed through the Taylor Force Act, now seen as sailing toward an easy approval on the Senate floor.

“From the start there were those who cautioned that the Taylor Force Act would weaken Israel’s partner for peace, the Palestinian Authority. We disagreed,” Brog said. “Only a Palestinian Authority that renounces terror in both word and deed could move the process forward.”

In the run-up to Wednesday’s vote, CUFI and others broke with the traditional pro-Israel leadership on two major issues: They not only disputed the need for a green light from Jerusalem to take on pro-Israel legislation, but also challenged the notion that the pro-Israel community should rely on bipartisan support.

“Attracting unneeded additional ‘bipartisan’ votes or sponsors is not a good reason for weakening the Taylor Force Act’s effectiveness,” ZOA President Morton Klein said in a press release days before the vote, as lawmakers, backed by AIPAC, struggled to modify the bill.

Speaking to the Forward after the vote, Klein expressed his dismay over modifications that were finally added to the bill and would effectively limit the aid cuts to the P.A. by carving out exemptions for humanitarian relief funding. “We reluctantly supported it,” he said, “because it was weakened dramatically.” Klein points to AIPAC as the enabler of this weakening, arguing that the pro-Israel lobby “wanted more Democrats on the bill.”

A spokesman for AIPAC referred the Forward to the group’s press release welcoming the passage of the bill, but did not respond to specific questions regarding the lobby’s role.

Not all the groups that had led the drive to punish the P.A. over its support for families of terror prisoners share this combative push to challenge bipartisanship and the need to avoid disputing Israel. Nathan Diament, executive director of the Orthodox Union’s Advocacy Center and one of the driving forces behind the bill, stressed that on both issues, all sides came together eventually. “It showed that some bipartisanship still exists in Washington,” Diament said on the vote, in which all but four Democrats on the committee voted for the bill.

He also noted that the Israeli government indicated it did not have an objection to the bill. This position was spelled out clearly at the final stages of the lobbying effort, when Israel’s ambassador to the United States, Ron Dermer, told a cheering CUFI crowd last month: “I can assure you that Israel is not the slightest bit concerned that the Taylor Force Act will pass. Israel would be concerned if the Taylor Force Act didn’t pass.”

In the final count, the Taylor Force Act, as approved by the committee, left all sides pleased. Evangelicals and right-wing groups demonstrated their power to take the lead after decades in which they were relegated to a supporting role. And AIPAC also got its own, by holding up the belief in bipartisanship and for consensus with Israel.

“The views of those who supported the original bill and those who advocated some changes,” Shapiro said, “are what helped produce the strong, bipartisan vote in the committee.”