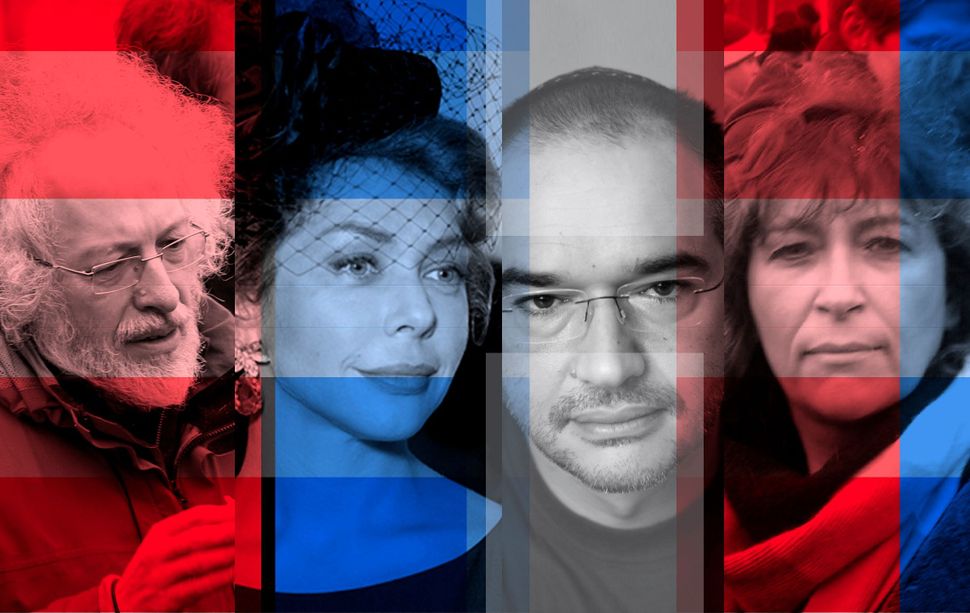 Ever since the days of Isaac Babel, Vasily Grossman and Ilya Ehrenburg, Russia’s Jewish journalists and commentators have been at the forefront of those fearlessly speaking truth to power.

Today’s Russian media is swarming with misinformation, or “fake news” in American terms — ‘news’ stories that are farmed and placed by government propagandists across languages.

But here are several truth-sayers who refuse to shut up and who have the chutzpah to keep talking, heeding that ancient biblical call to do right and seek justice. 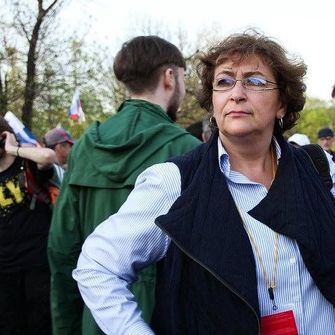 Yevgenia Albats has been a leading voice of dissent since the very beginning of the Putin era — long before the Kremlin tightened its grip on free media. She was fired from her reporting position for the pro-government newspaper Izvestia in 1997 after her work exposed alleged illegal activities by the the FSB, the Russian secret police. Since 2011, she has served at the helm of The New Times, an independent weekly magazine, and is an anchor on Echo of Moscow. Albats has endured extensive pressure and intimidation attempts. She has a doctorate in political science from Harvard, is the author of several books and is an active member of the Russian Jewish Congress.

Commenting on an arrest of opposition activist Aleksei Navalny, Albats posted on her Facebook that “the Kremlin will finally make itself dependent on Lubyanka and there will be a bloody cycle. The elite must understand this clearly: By jailing Navalny, Lubyanka will open a hunting season against the wealthy and successful above all. G-d save us.” 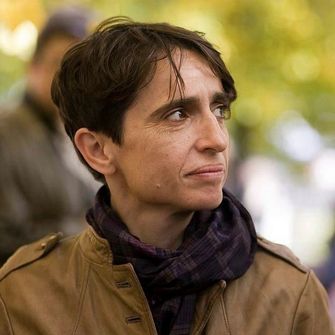 Probably the most familiar name on this list for American readers, Masha Gessen has become a regular commentator on Russian affairs for American TV news and late-night comedy. A prolific writer in both English and her native Russian, Gessen is an outspoken critic of both Putin and Trump, and was Russia’s leading LGBT rights activist until she left in 2013, when the Kremlin began discussions of taking children away from gay parents. Her book, “The Man Without a Face: The Unlikely Rise of Vladimir Putin,” is a riveting portrait of Putin’s origins and evolution. “Trump has become the real version of the man Putin plays on television,” she wrote in The New York Review of Books http://www.nybooks.com/daily/2017/04/17/trump-bombs-the-real-madman/ this past April. “An unpredictable, temperamental, impetuous man who will push reality past the limits of the imagination.” 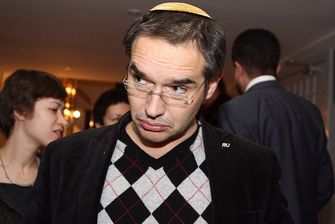 Known for his proudly ubiquitous yarmulke, Anton Nossik was one of Russia’s most-read bloggers and journalists, dubbed an Internet pioneer” and a founder of independent news/analysis sites Lenta.ru, Gazeta.ru and NEWSru.com. (Even though he died of a heart attack at a friend’s dacha just last month, we couldn’t not include him here.) Among other things, Nossik was known for his avowed criticism of Putin for clamping down on internet access.

The web, he said repeatedly, was Russia’s only territory for free speech. Speaking to the AFP news agency in 2014, he warned that “Russia’s shift to the North Korean model of managing the internet will have far-reaching consequences for the country’s economy and public sentiment.” In an interview with Forbes Russia earlier this year, he noted that until the Arab Spring, the Kremlin viewed the internet as a place for people “to let out steam”, dismissing its power; when the Arab Spring burst, the authorities understood that social networks were breeding grounds for opposition, and “they got their go-ahead: to limit the internet in Russia.” A member of the Russian Jewish Congress, Nossik lived in Israel from 1990 to 1997 and visited there frequently after his return to Moscow. 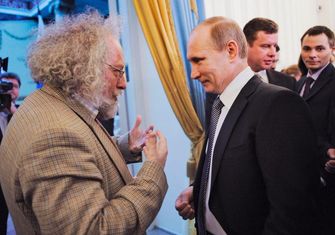 He’s hard to miss with his silver, Dumbledore-esque tresses and spectacles: And while Alexei Venediktov is unafraid to criticize the Kremlin, Putin himself enjoys the chance to “debate” with the country’s leading intellectual, in what is a standard staged interaction meant to show the world a tolerance of opposition media. (YouTube is filled with videos in which Putin “roasts” the “fifth columnist” Venediktov, as per below.) Founded in 1990, the Echo of Moscow station reaches about 3 million listeners — most of whom are highly educated and based in Moscow. In 2014, Venediktov warned that the Russian annexation of Crimea was “a fatal mistake of the Kremlin, and will subsequently lead to disastrous consequences for the country.” 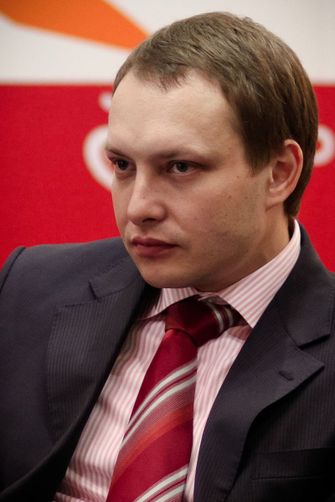 Leonid Bershidsky was previously the editor-in-chief of the Russian news site slon.ru. In June 2014 he announced that he was leaving Russia for Berlin. He wrote about his decision in a defeated op-ed in The Moscow Times, Moscow’s English-language newspaper:

The idea of emigrating has tempted and teased me all my life. But here I should make another confession: despite my knowledge of foreign languages and my Jewish ethnicity, I am a patriot, and Russia’s ability to “get up from its knees” in the years since 1991 has been a great source of joy to me. I would love to not only see how future events unfold in Russia, but to play a part in them by helping to create a truly free press…. Now that work has ended for me…. Overall, my dreams were defeated. Now Russia’s mainstream media ranges from the bulging-eyed hyperbole of pro-Kremlin television anchor Dmitry Kiselyov, to the intellectual “we’re talking but nobody’s watching” Dozhd television programs. That’s about it. Those that fall somewhere in the middle are not only uninteresting, but also bear no relationship to the media’s primary function — namely, to protect the weak from the strong.

Now the strong have lost all shame. 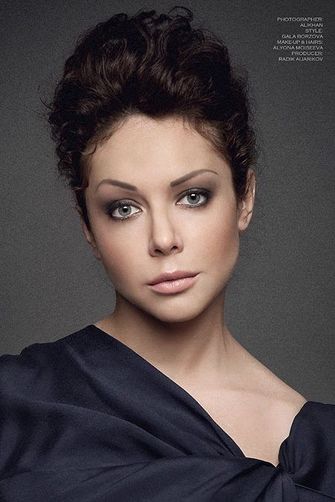 Formerly a lingerie model, Bozhena Rynska was a Moscow socialite and gossip columnist before she turned into a fierce Putin opponent. As she told Der Spiegel in an interview in 2012: “I had affairs and entertained myself. Then I woke up because the Kremlin is in the process of destroying Russia.”

Since that awakening, she has become notorious for her antics at public demonstrations, where she is often arrested by riot police (in her mink coat, no less — she reportedly told photographers as she was led away by police: “Take a photo of me, I’m Bozhena”), and for taking her uncensored wrath to social media, where she has hundreds of thousands of followers. 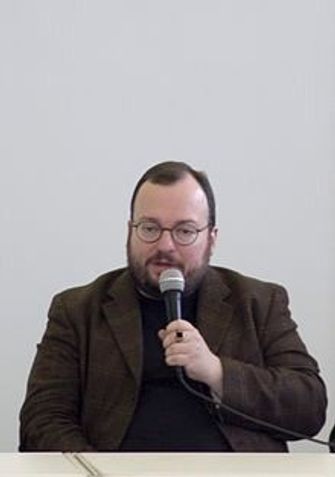 As far back as 2006, Stanislav Belkovsky has written about the president’s secret assets, which he estimated at the time to be around $40 billion, far wealthier than Russia’s richest man, Roman Abramovich. His analysis concluded that Putin controlled “at least 75%” of Gunvor, 4.5% of Gazprom and 37% of Surgutneftegaz, the country’s largest energy companies. In an interview with The Institute of Modern Russia, an affiliate with exiled oligarch Mikhail Khodorkovsky’s Open Russia, Belkovsky said that the Russian political system “should be destroyed rather than reformed. And a new system should be created instead.”