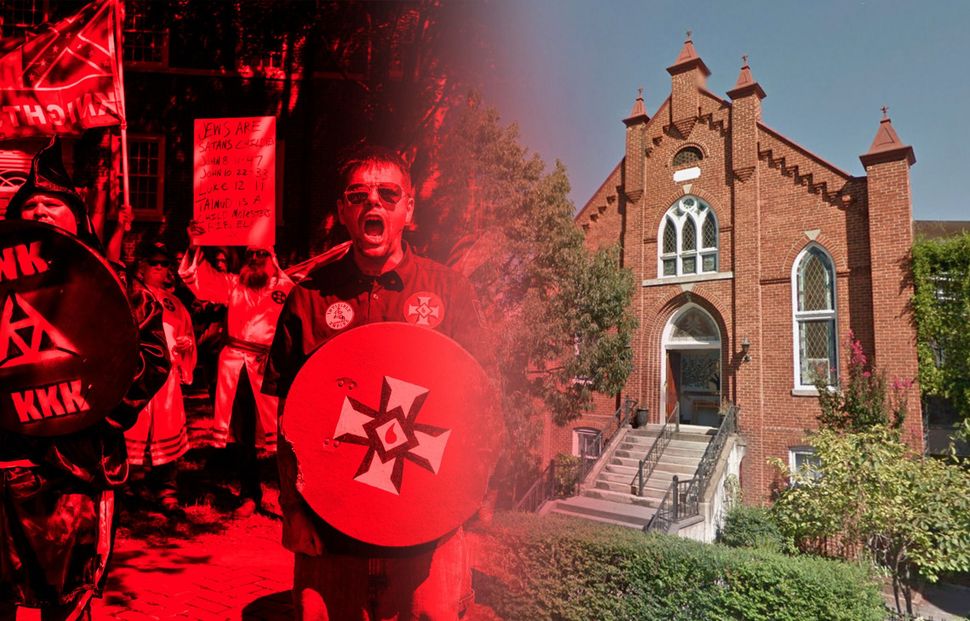 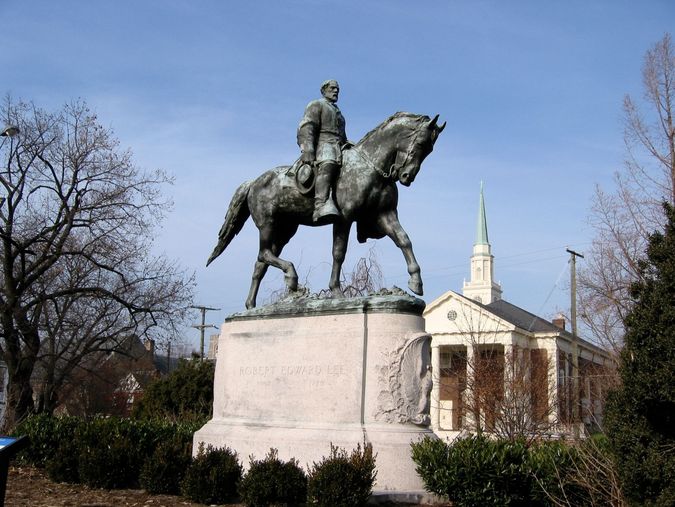 In the days leading up to last Saturday’s Unite the Right rally, the Jews of Charlottesville sensed that the march might put worshippers gathered to celebrate the Jewish Sabbath in danger. They asked the police to provide them with an officer during morning services and were refused, so they hired an armed security guard.

They also reached out to their friends among Charlotteville’s other religious communities, so for some of the rabbis of the Reform Congregation Beth Israel, the day started with a sunrise interfaith service. After that, as anticipated, things got scary. Here’s how the rabbis and their congregation experienced the day.

Charlottesville’s only synagogue began services an hour earlier than usual to try to avoid any clashes with the rally, slated to start at noon. It didn’t work.

The rabbi stayed outside to keep watch, and so did a 30-year Navy veteran, John Aguilar, because he “just felt he should.” Several non-Jews came to services to show solidarity, Zimmerman wrote, and at least a dozen strangers stopped by to ask if Aguilar and Zimmerman wanted company.

Shabbat services “It just really felt like we were in our own place,” said Geoff Schmelkin, husband of the synagogue’s Rabbi Rachel Schmelkin, in an interview with the Forward. “Prayers strengthened us and gave us the kind of comfort that we needed. It really felt good to be with the community and to be praying together. … We were just doing our thing and being resilient in the way that we want to be in the face of a crisis like this.”

Congregation Beth Israel’s stained glass windows blocked the sight and sounds of the rally outside. For two and a half hours, congregants prayed despite the chaos just across the street.

The service ended and people filed out of the synagogue into the main hall for kiddush, the ritual blessing over wine and bread usually combined with snacks and a period of schmoozing. Geoff Schmelkin looked out of the second floor windows to see “gangs of skinheads” marching past the synagogue. The sight was “evocative of the atmosphere of a pogrom,” he said.

Rabbi Thomas Gutherz, Congregation Beth Israel’s senior rabbi, said he had not experienced such blatant anti-Semitism from “white supremacist gangs” after living in the South for more than two decades.

“It’s just not part of the ordinary experience of Jews,” he told the Forward.

Zimmerman’s “heart broke” as he asked congregants to leave in groups through the back, he wrote.

The rabbis had realized an attack on the synagogue was a real possibility and removed the Torahs, including a Holocaust scroll.

Several congregants walked two minutes down the street to First United Methodist Church, which served as a “safe space” for counter-protesters during the day, Rachel Schmelkin told the Forward. Among them was her husband, wearing a yarmulke. The short walk was “tense,” he said.

The rabbi and her husband reconnected. She’d been at the church since 8:30 a.m., playing guitar and singing songs of “love and kindness” on the steps. She frequently stopped and hurried inside when a lockdown was announced after reports of violence nearby.

“It was really important for people to have their spirits lifted as they were looking at this hatred,” she said. “I wanted to drown out their noise with something beautiful.”

She said her Christian colleagues would take extra care to usher her inside the church out of view of the white supremacists and neo-Nazis just across the street and in the park.

“To be at the church knowing that my husband was at the shul was very terrifying,” Rachel Schmelkin said. “I was very relieved to see him when he showed up at the church after services and all was OK.”

2:30 p.m.: the hospital The Schmelkins left the church to rush an injured woman to the hospital. They returned to the church briefly before going home, worried that police could block off the downtown area and restrict their access to their home if protests became too violent.

Later that evening, the rabbis cancelled the havdalah service, consisting of a braided candle, wine, spices and song, that marks the end of Shabbat, citing safety concerns.

Rabbi Emeritus Daniel Alexander wasn’t in town that Shabbat and instead returned to the community on Sunday. He said Charlottesville, thanks to the University of Virginia, is a progressive town that’s been home to prominent Jewish families since the 19th century.

He said the protests on Saturday felt like an invasion.

“Charlottesville (has) now become a buzzword with associations that are not really characteristic of the place,” Alexander said to the Forward. “It feels like a violation that doesn’t feel good right now. In a certain way it’s a kind of a loss.”

For Gutherz, the senior rabbi at Congregation Beth Israel, the violence and bigotry of the day do not characterize Charlottesville. He said the community needs to take time to process the weekend to figure out how to best move forward.

“The community was turning to the faith community for leadership, and we tried to provide it as best we could,” Gutherz said. “The war on hate is also a spiritual war … and we need to stand by our principles of love and acceptance and justice.”