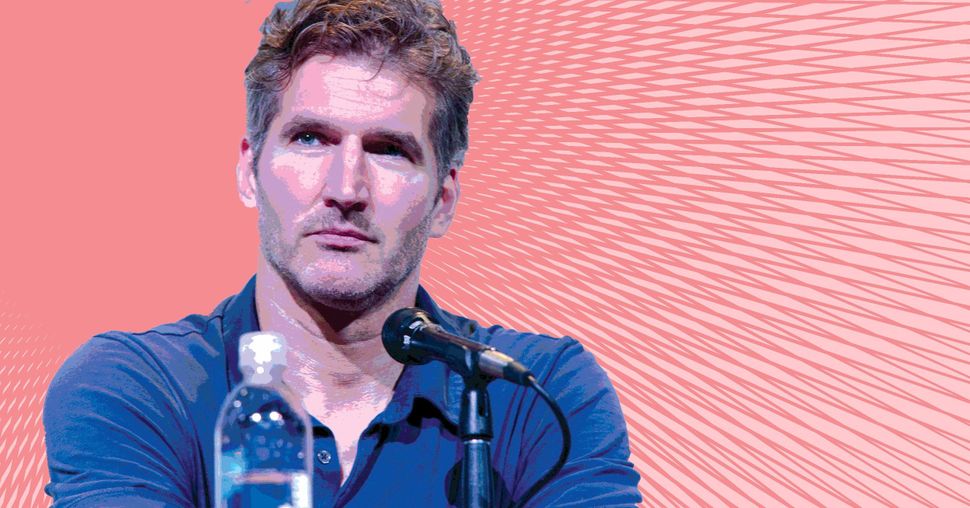 Lord Commander Of ‘Game Of Thrones’

Behind the gory, lustful scenes of “Game of Thrones” stand two rather unassuming Jewish boys.

David Benioff, born David Friedman in New York City, is one of the two showrunners behind HBO’s megahit, alongside D.B. Weiss. The duo met while studying Irish literature at Trinity College Dublin in 1995. “We were two American Jews in Dublin, with no Irish roots of any kind,” Weiss told Vanity Fair.

Before trying his hand at TV, Benioff had written a crime-thriller novel, “The 25th Hour,” published in 2001 — the idea of which came to him during a Passover visit to his family in New York.

Benioff and Weiss began adapting George R.R. Martin’s celebrated fantasy novels for television in 2006. The show became a global hit after it first aired in 2011, setting Emmy records and feeding the fantasy fan frenzy of the post-Harry Potter generation.

As the show grew in prominence, acclaim and scale, it also attracted criticism for its violence, especially toward female characters. But its ratings continued to soar as high as its dragons, reaching more than 16 million for its season finale in August.

In July, the duo announced that they are going to produce “Confederate,” a new alternate-history series about the Civil War — again courting controversy.

Benioff, 47, divides his time between New York and California with his wife, actress Amanda Peet, and their three children.