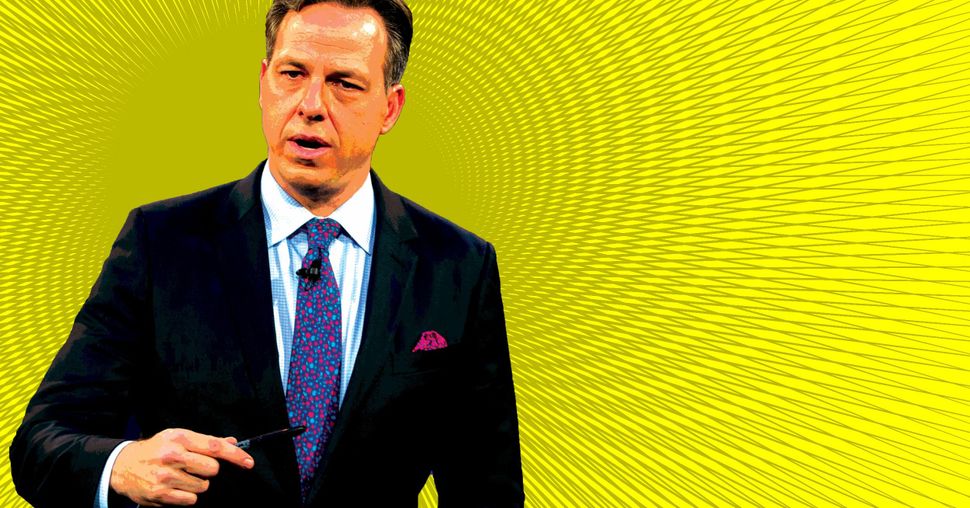 Jake Tapper: Asking Tough Questions About The State Of The Union

An election season like no other, and the unprecedented presidency that has followed, emphasized the important role of reporters as independent arbiters and speakers of truth to power.

For Jake Tapper, CNN’s energetic news anchor, it was a logical transition. Calling out the president of the United States for falsehoods, and speaking out against White House sanctioned bigotry, came naturally to the Jewish kid from suburban Philadelphia who never shied from challenging his teachers at day school.

Tapper, 48, was quick to embrace the new role of journalism in a world of “alternative facts,” making a name for himself as a tough interviewer who would not allow his guests to fudge the truth. He even banned Kellyanne Conway, the White House aide and Donald Trump promoter, from his show for lying repeatedly.

In an interview 15 years ago, Tapper, who is also a talented cartoonist and is soon to publish his first novel, described himself as “obnoxious.” But this willingness to be uncompromising has turned out to be a valuable trait in his daily confrontations on CNN.

His strong Jewish upbringing has made Tapper’s faith a part of not only his life, but also his professional career. With anti-Semitism on the rise in America, Tapper made a point of raising the issue and demanding responses from those expected to ensure that Jews live free of bias and hate.