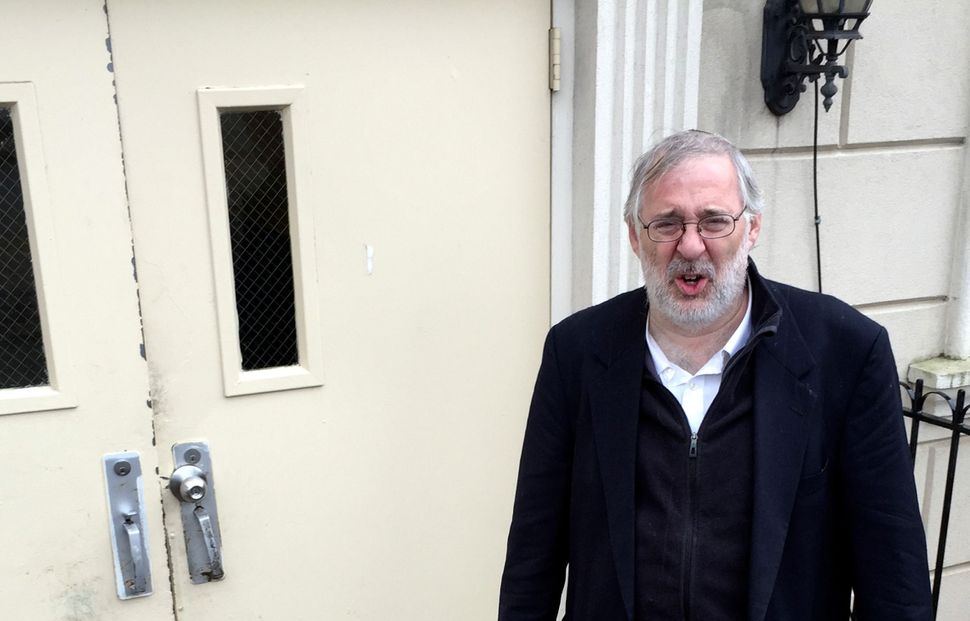 For seven decades, the cloistered nuns of the Dominican Order lived a quiet life in the small town of Elmira, New York.

The women lived secluded in their monastery, the former clubhouse of a nearby golf club complete with a chapel and a large garden, and were a little-noticed presence in town.

In 2014, their numbers declining, the nuns packed up and moved to Illinois. Their effects were auctioned off, and the building went on the market. This summer, the monastery uncharacteristically became the center of attention in Elmira when two ex-con rabbis put in an application to use the building as a religious seminary.

The rabbis, brothers who have been active on the fringes of the New York Jewish community for decades, say they want to open a yeshiva at the monastery site for college-aged men and women.

It would be the latest in a long line of controversial projects for the rabbis, Abraham and Sroya Sorscher.

In 2009, the Sorscher brothers both served two months in prison after pleading guilty to defrauding a federal lunch program for needy school children. According to prosecutors, the brothers diverted funds and food meant for the children, and instead fed them leftovers from a local deli that made some students sick.

Locals, wary at the rabbis’ pasts, are overflowing zoning board meetings on the variance. Officials had to turn people away from an August meeting. The public hearing, scheduled for September, will be held in a local church gymnasium to accommodate the expected crowd.

Reached via telephone, Sroya Sorscher complained that the Forward’s 2015 story on his criminal record and conditions at the Brooklyn building he runs as both an elementary school and a homeless shelter had prejudiced Elmira against him. The Forward also covered the brothers’ so-far unsuccessful attempt to lease an abandoned synagogue they control in Sheepshead Bay, Brooklyn for use as a halfway house for federal prisoners.

Elmira, a confusingly-named town that surrounds the larger city of Elmira on three sides, is an odd place for a Jewish institution hoping to attract college-age students for religious education. The town is nearly an hour from the big upstate universities in Ithaca and Binghamton, and has only one synagogue.

Yet at a zoning appeals board meeting in August, one of the Sorscher brothers — meeting minutes do not clarify which — said that that is exactly what he intends to do with the monastery. The rabbi said that the seminary would “be focused toward education of all people including young adults from surrounding colleges wishing to further their understanding of the Jewish faith and the Sabbath in particular,” according to meeting minutes.

The Sorscher brothers have a history of attempting to launch yeshivas in far-flung places. The Forward reported in 2015 that back in 2005, the brothers bought a vacant middle school in the middle of a cornfield in West Manchester, Ohio. Sroya Sorscher told the Forward in 2015 that he and his brother had intended to build a yeshiva there. Instead, the place sat unused until 2013, when it burned in a spectacular fire. Today, a defunct Brooklyn synagogue controlled by the Sorschers still owns the building.

Bronx Jewish Boys, the Sorscher-controlled institution buying the Elmira monastery, appears to be connected to the yeshiva that the Sorschers ran in the Zerega section of the Bronx in the mid-1980s. A longtime local activist told the Forward in 2015 that the Sorsches had done good work with some of their students, but had alienated local rabbis.

At the August zoning board meeting in Elmira, Sorscher offered few details of his plans for the monastery. Asked how many of the 40 rooms on the property would be used at a time, the rabbi said he did not know. He said that there hoped there would be rabbis on staff at the facility. In an application filed by Sorscher’s attorney in May, the organization said the building would be used as an “ongoing retreat for seminarians and their families to seek a religious experience through living and learning.”

The application also states that the monastery will be used as a soup kitchen and kosher food pantry, and would provide religious services.

At a planning board meeting in June, board members asked Abraham Sorscher about the failed Ohio yeshiva project. Sorscher blamed the failure on a rabbi with whom they were planning to partner growing ill and being unable to take on the project. Board members also asked about conditions at Sorscher’s current Brooklyn facility. Sorscher said that violations had been cleared and that complaints came from someone with “an axe to grind” against the institution.

Local media in Elmira has covered the Sorscher’s plans extensively. A report on the local NBC station was slugged: “Rumors spread about monastery sale.”

One measure of the local interest in the sale is that the home page of the town’s sparse website features a link to the schedule of upcoming zoning and planning board meetings about the variance.

A zoning board public hearing is scheduled for September 26, followed by local and county planning board hearings in October and November.