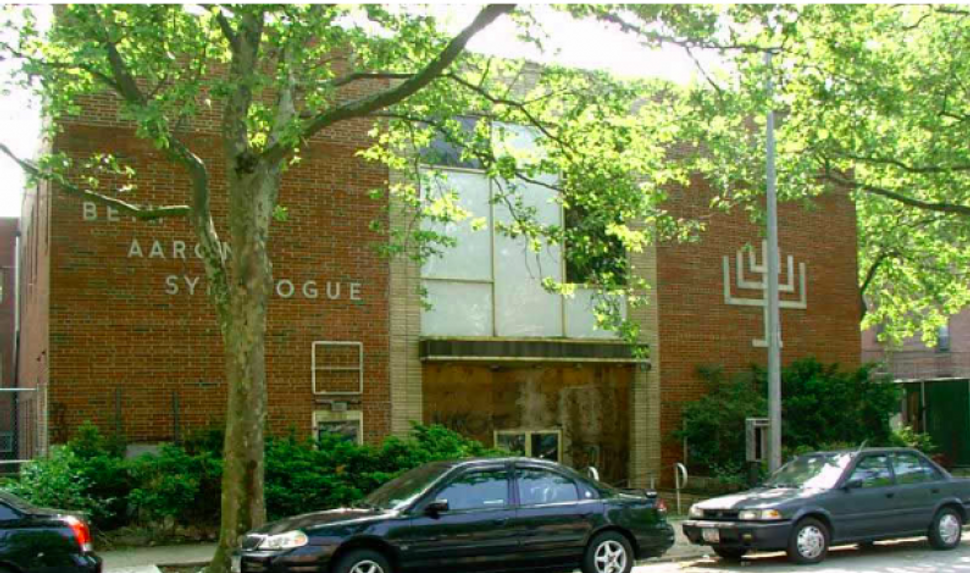 An abandoned Brooklyn synagogue controlled by two rabbis with checkered pasts is being eyed for possible use as a halfway house for federal prisoners.

The rabbis, brothers Abraham and Sroya Sorscher, were the subjects of a November 2015 investigative report in the Forward. Now, locals in the Sheepshead Bay neighborhood of Brooklyn are pushing back against a proposal to lease a Sheepshead Bay synagogue they control to a mysterious firm based in Washington state that hopes to use the site as a halfway house.

The Washington state company, called Rever Corporation, contacted Brooklyn’s borough president, Eric Adams, in December, saying that the firm was bidding for a federal contract to house 100 male and female inmates at the Bragg Street synagogue. Rever Corporation, according to the Federal Bureau of Prisons, runs no other halfway houses for the federal government.

Sheepshead Bay elected officials have protested the proposal, first reported in December by the local paper Brooklyn Daily. If the BOP accepts the bid, Rever Corporation will open the halfway house this coming August, after completing renovations.

A halfway house, officially known as a residential re-entry center, helps certain federal prisoners transition out of confinement by providing structure and assistance while the prisoners seek work.

The synagogue at the site, once known as Beth Aaron, has been abandoned since a fire in August 2000. The Forward reported in November that Abraham and Sroya Sorscher, who operate an elementary school-cum-homeless shelter elsewhere in Sheepshead Bay, control the synagogue.

The Forward’s November report outlined the brothers’ controversial history, which includes each of them serving two months in federal prison in 2009 after admitting to defrauding a federal free lunch program for needy children.

The August 2000 fire at Beth Aaron came weeks before the High Holidays. Abraham and Sroya Sorscher moved swiftly to their current location, on Avenue T and East 21 Street. The Beth Aaron building has not been occupied since then. In 2009, the Board of Standards and Appeals rejected a proposal to build a seven-story building on top of the synagogue. Other attempts to sell the property appear to have been unsuccessful.

When asked about the property in November, Sroya Sorscher said that “some members of the synagogue” had set up a fundraising campaign to reopen the building, using the fundraising website GoFundMe. That GoFundMe campaign is still live, though it has raised $0 since October.

How the Rever Corporation selected the dilapidated old synagogue as a potential site for a halfway house for federal inmates is, for now, an engaging mystery.

Rever Corporation is based in Mukilteo, Washington, a small city of 20,000 just north of Seattle. Very little information is available about the company, which was registered with Washington’s secretary of state last March. Rever Corporation does not appear to have ever received any government contract. It has no website. Public officials in the city of Auburn, Washington, objected last April to a proposal by Rever Corporation to open a halfway house for federal prisoners at a former Comfort Inn there. That proposal, as yet, has not gone through.

Rever Corporation officials did not respond to multiple requests for comment. One of the three phone numbers given in the letter that Rever Corporation sent to the Brooklyn Borough president was disconnected; another was for a family home.

Sroya Sorscher did not respond to a request for comment.