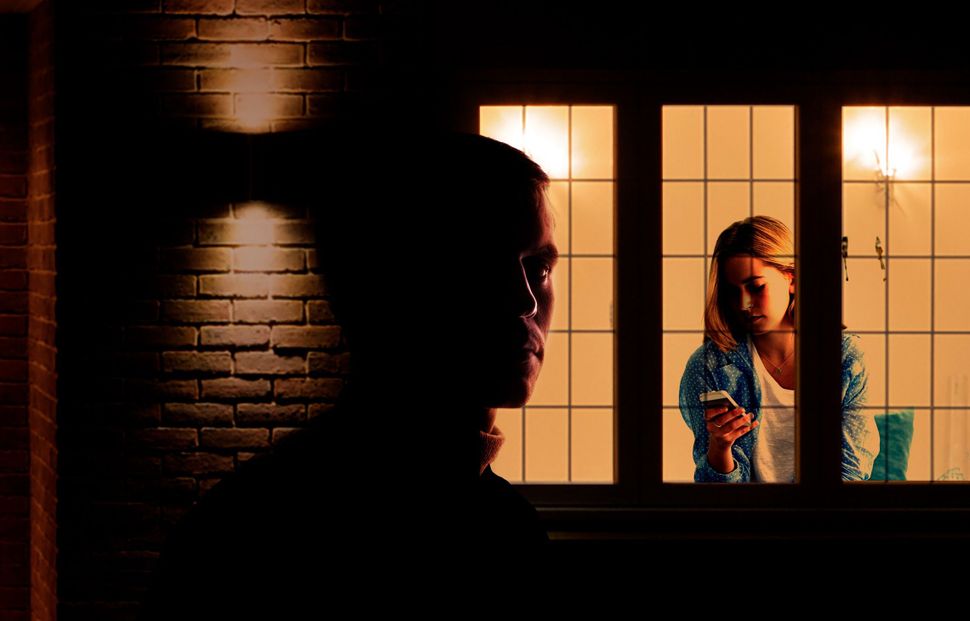 Five women who have broken with ultra-Orthodox Judaism are accusing a man in the ex-Orthodox community of sexual misconduct, with three alleging that he sexually assaulted them. The allegations surfaced when one of the women posted her story to Facebook, which prompted several women to tell their own stories of alleged mistreatment — from pressuring them to have sex to assault — at this man’s hands.

According to multiple people interviewed by the Forward, the man, who regularly attends social gatherings for people who have left Orthodoxy, preys on women who are dealing with the fallout from leaving their communities. They say he presents himself as someone who can help them navigate family court, or as someone who can commiserate about the difficulty of going through divorce with young children, or merely as a friend who can help them hang a TV on the wall. He then allegedly approaches them at their home and attempts to have sex with them — sometimes succeeding either through persuasion or physical intimidation.

The Forward has agreed not to name any of the women who reported the man’s sexual misconduct. Each asked for anonymity, fearing reprisals from the man, their families or the religious communities they left.

The woman who posted her story on Facebook grew up ultra-Orthodox in Israel. She now lives in New Jersey with her children while she prepares for a custody battle with her husband, from whom she is separated.

She told the Forward that she first encountered the man she accuses of sexually assaulting her at a gathering earlier this summer organized for people who call themselves “off the derech,” or OTD, signifying that they have left ultra-Orthodox Judaism. She says the man also contacted her on social media to tell her about his own divorce and custody battle.

In a public Facebook post early Wednesday morning, the man accused of the alleged sexual assaults protested that he is innocent of these accusations. The post, also sent to an email listserv used by members of the OTD community, was made under the name “Mike NY.”

“I’ve been accused of some truly horrible things in the past week,” he wrote. “I have been so devastated by these accusations, that I completely shut down.”

“I’m innocent, and I categorically deny all allegations made against me,” he added.

Repeated attempts to contact “Mike NY” were unsuccessful. None of the women spoken to for this article have filed charges against him.

The Forward was made aware of this story after being alerted to posts made in private Facebook groups used by people in the OTD community. All details related here of the alleged sexual assault were first presented in a post the woman made to a “closed” group of over 300 Facebook users. She named the man she accuses of sexual assault in a second post in a “closed” group of over 2,500 members.

On September 2, the woman received a message from “Mike NY” suggesting that he bring a bottle of wine to her apartment, according to screenshots of social media messages posted publicly. Though she says she doesn’t drink, she agreed, telling him to come by after she had bathed her children and put them to sleep.

Almost as soon as he walked in the door, she said, he began to kiss her. She says she tried to shove him off, but failed. Terrified that he might hurt her, and that she would wake her children if she screamed, she convinced him to wear a condom, but after a few seconds he took it off, and then penetrated her anally, without warning. Then she screamed.

“I felt like the insides of my body are breaking,” she told the Forward. “I just lay down and let him do his thing until he was done.” The man refused to leave until some point after she fell asleep.

After the attack, the woman said she did three things: She completed a rape kit, she posted about her experiences on private OTD Facebook groups and she contacted a staff member at Footsteps, a not-for-profit that offers support services to people who have left Orthodox Judaism. On September 13, she went to the local prosecutor’s office, intending to file charges. (The prosecutor’s office did not immediately respond to requests for comment.)

After she wrote about what happened to her, other women reached out with their own stories about the man who she said assaulted her. The Forward has spoken to four of those women. Two say he tried to sexually assault them, one over a year ago and one this summer. Two others say he insistently tried to have sex with them after they clearly rejected his advances, one over two years ago and one this August.

Since those first accusations on Facebook, news of them has ricocheted around OTD social media, with many people posting messages to closed Facebook groups used by people in the community. The woman who made the accusations went to Footsteps because it’s an organization she loves, and is a member of, she said. She often attends Footsteps events, and believed her alleged attacker frequented them as well. In a statement emailed to Footsteps members September 14, executive director Lani Santo wrote that the organization had terminated “Mike NY“‘s membership.

The organization, the first of its kind, was recently profiled in the New York Times Magazine, and is featured in a new Netflix documentary, “One Of Us,” about former ultra-Orthodox Jews trying to make a life in the secular world.

Besides coordinating counseling and care for OTD individuals in need, Footsteps sponsors happy hours, dinners and “schmoozes” for members to help them get to know one another.

In a statement sent to Footsteps members and posted in the OTD Sisterhood group on the evening of September 11, Santo wrote that the organization has “been made aware of an allegation of a sexual assault made by one member of Footsteps against another.”

Debra Fine, the chair of Footsteps’ board of directors, wrote in a September 14 email to the Forward: “No Board member or social worker was ever informed in advance of these current allegations that the accused had exhibited this behavior before.”

While the woman who first made her accusations public met “Mike NY” at a meeting sponsored by OTD Meetup, a social network for that community, others met him at events put on by Footsteps.

One woman who asked not be named said she met him at a small Footsteps gathering about two months ago. She only spoke to him for a few minutes before he left. A week later he invited her to his home. She agreed, but told him she was a virgin, and that she did not want to have sex with him. At first, he agreed, and told her so in a text message viewed by the Forward. That night, however, she said that he “changed his mind” and penetrated her.

“When he went in, I hadn’t agreed to it before,” she said. “Then I pretended [it was] okay. It wasn’t my decision.”

A third woman says that she met the man at a club a year and a half ago when she was out with friends. She says that he gave her his number after she told him she was recently divorced. He told her he was divorced as well.

One night, according to the woman, he suggested that they get up early together to work out at the gym they both frequented. She says she agreed to let him sleep over, since she lived closest to the gym, and that even though she told him repeatedly she did not want to have sex, he insisted.

“He ended up just doing it — just pushing it through,” she said. According to the woman, he wasn’t wearing a condom.

“It took me time to realize that this was something really bad that happened,” she said. “Because I tend to blame myself a lot. So I ended up saying, ‘No, it’s my fault, I let him come to my house.”

Leah Vincent, author of the memoir “Cut Me Loose: Sin and Salvation After My Ultra-Orthodox Girlhood,” said that women in ultra-Orthodox Judaism are not raised to understand the concept of consent.

“The notion of female agency is so negated and so minimized that it’s really hard to understand what consent means,” she said. “OTD women are at such brutal disadvantage because of the ways we’ve been groomed to acquiesce to men.”

Vincent said that both men and women who have left ultra-Orthodoxy struggle with un-learning the repressive elements of that culture.

“A lot of OTD men don’t even realize that they’ve absorbed a deeply misogynistic worldview,” she said.

Since last week, both of the posts the first woman made in closed OTD groups on Facebook have been taken down. The first, made in OTD Sisterhood, was flagged by at least one viewer as containing graphic sexual material, and group administrators noted that the post did not contain a trigger warning. Though it did not name “Mike NY,” multiple people reached out to her asking her if he was the assailant in her story.

She then made a second post, in the group Off The Derech, naming “Mike NY.” Group administrators removed the post to protect “Mike NY”’s identity. After her post in Off The Derech, which has over 2,500 members, she received more messages from people who claimed to know the man she had named. According to documents reviewed by the Forward, multiple women told her that they had uncomfortable interactions with “Mike NY” on social media.