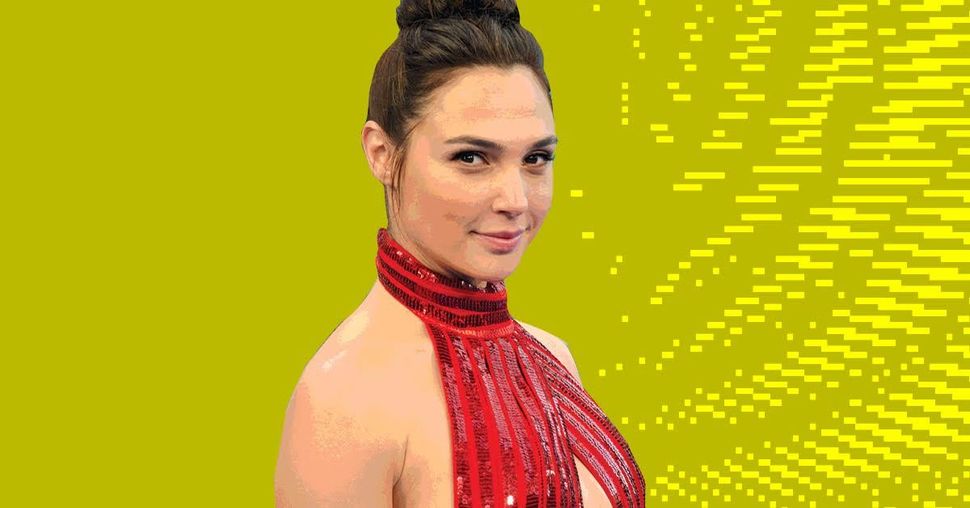 The Forward 50 has historically only honored American Jews who have made differences in our lives, but in honor of the breakout year of Israeli actress Gal Gadot, we’re making a “wonder”-ful exception.

The winner of the 2004 Miss Israel competition, the actress and model made her film debut playing an ex-Mossad agent in “Fast & Furious” (2009), reprising her role twice more in sequels. She continued to appear in major studio movies, but nothing matched the impact of the film that launched the actress to unequivocal superstardom this year, “Wonder Woman.”

Touted as the first female superhero movie and the first in the genre to be directed by a woman, “Wonder Woman” showcased Gadot using the superhero’s trusty shield and lasso to decimate the Kaiser’s World War I army.

The ticket sales mounted, with viewers and critics hotly debating the film’s racial and gender politics.

Regardless of whether the film represents a path to a more representational, inclusive future or shows Hollywood cynically monetizing faux-progressivism — the two possibilities are not mutually exclusive — there is no arguing that Gadot is one of Hollywood’s biggest new stars in years.

Gadot, a proud sabra and a veteran of the Israeli Defense Forces, has used her platform to share her love of Israel and Judaism – from speaking Hebrew on “Saturday Night Live” to posting photos on social media of her family lighting Shabbat candles.

Gadot, 32, also speaks out on social issues. When the United Nations rescinded Wonder Woman’s honorary ambassadorship for the empowerment of women and girls, claiming that the character objectified women, Gadot responded. “I don’t quite get it. They say, ‘If she’s smart and strong, she can’t also be sexy,’” she told Time magazine. “That’s not fair. Why can’t she be all of the above?”

Later this year, Gadot will appear once more as Wonder Woman in the forthcoming “Justice League” film. That won’t be her last go-round in the role: “Wonder Woman 2” is on the horizon — ready to be smart, strong and sexy all over again.