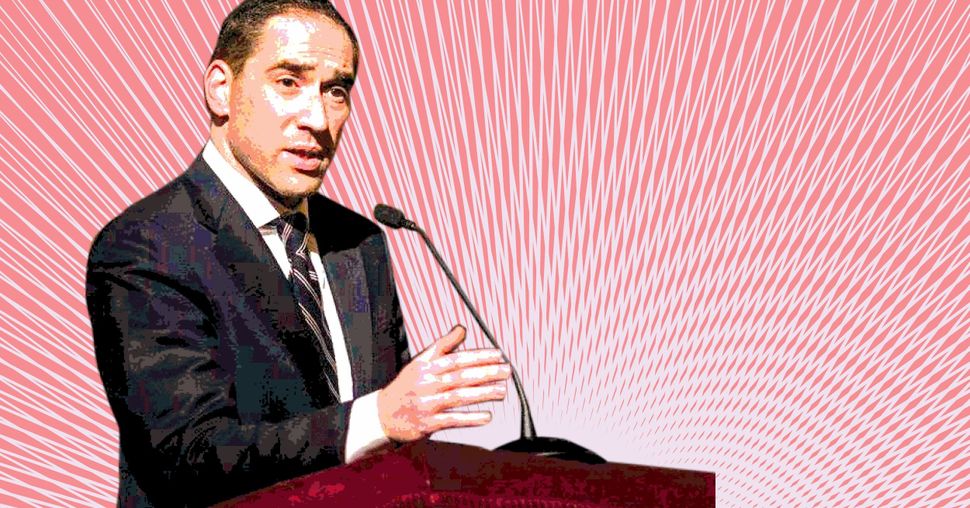 The young American senior rabbi of the synagogue of London’s historic S&P Sephardi Community, Joseph Dweck is a bit of a local celebrity — known for his eloquent speeches and polished charisma.

But his celebrity status skyrocketed, perhaps unintentionally, when he gave a talk on homosexuality in Orthodoxy that was perceived as radical in his community — the talk was uploaded to YouTube and its call for tolerance drew ire from leading Sephardic rabbis.

Dweck’s lecture emphasized that the Torah forbids homosexual acts, but he condemned homophobic attitudes, calling out those who deny openly gay men from receiving Torah honors.

In response, ultra-Orthodox Sephardic leaders condemned him: a campaign that included a statement from the Sephardic chief rabbi of Israel, which is particularly notable since Dweck himself is something of Sephardic royalty. He received his rabbinic ordination from Rabbi Ovadia Yosef, who was an Israeli Sephardic chief rabbi, and Dweck’s wife, Margalit, is Yosef’s granddaughter.

The controversy quickly expanded into a larger rift — between the Syrian Jewish community’s ultra-Orthodox and moderate factions. “Dweck is his own thinker, he is tremendously popular, and he draws hundreds to his classes,” one community member told Haaretz. “The right sees him as a threat.”

Though Dweck, 42, chose to step down from a rabbinic court amid the outrage, he kept his position at the synagogue. It seems that, in the long run, his impassioned lecture didn’t hurt him much: Supporters in London and across the world have flocked to his synagogue and lectures in greater numbers than before.