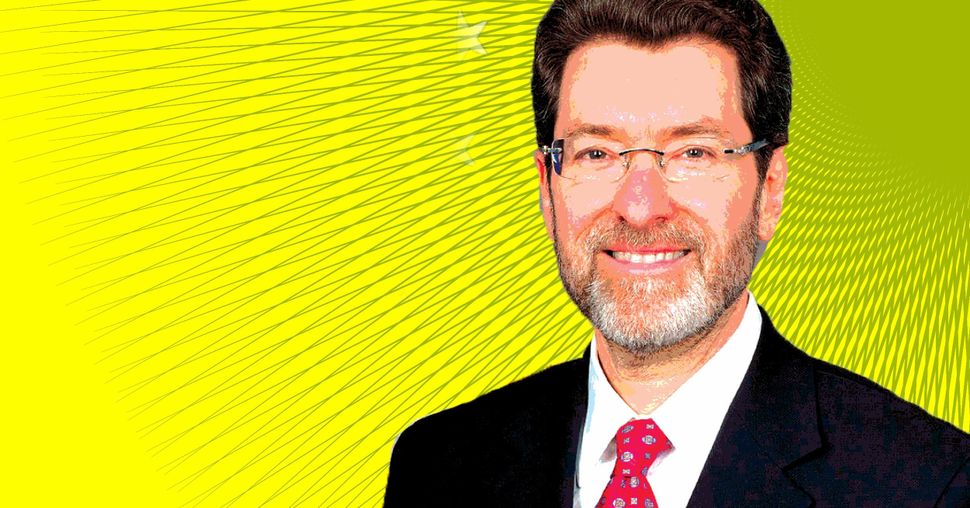 In the past year, Norman Eisen, 56, has quickly become Washington, D.C.’s ethics watchdog — vigilantly watching every move in the White House, ensuring that no wrongdoing goes uncovered.

Born into a Jewish family in Los Angeles, Eisen, who keeps kosher, investigated anti-Semitism and civil rights violations for the Anti-Defamation League before enrolling at Harvard Law School — where he met a fellow student named Barack Obama.

During the first few years of the Obama presidency, Eisen served as the White House’s chief ethics lawyer, earning a reputation as “Mr. No” for his rigid approach to ethics. He then became ambassador to the Czech Republic, where his mother, a Holocaust survivor, had been born.

Now, as the board chair of Citizens for Responsibility and Ethics in Washington, a watchdog organization that he founded, Eisen is ensuring that the country follows the Constitution’s emoluments clause.

Since November 2016, when the president-elect refused to untangle himself from his properties, hotels and golf courses, Eisen has become the go-to expert on all matters of government corruption and impropriety, such as the pardoning of Joseph Arpaio.

He has become a regular news and television commentator and has been cited thousands of times whenever the Trump administration crosses the lines between personal business and politics. He is also the lead attorney on two major corruption cases against the president. Every seemingly small indiscretion, he argues, represents “a critical systems failure in the Trump presidency — one that strikes at the heart of our democracy.”