Even After Leaving Ultra-Orthodoxy, Women Report A Culture Of Sexual Misconduct 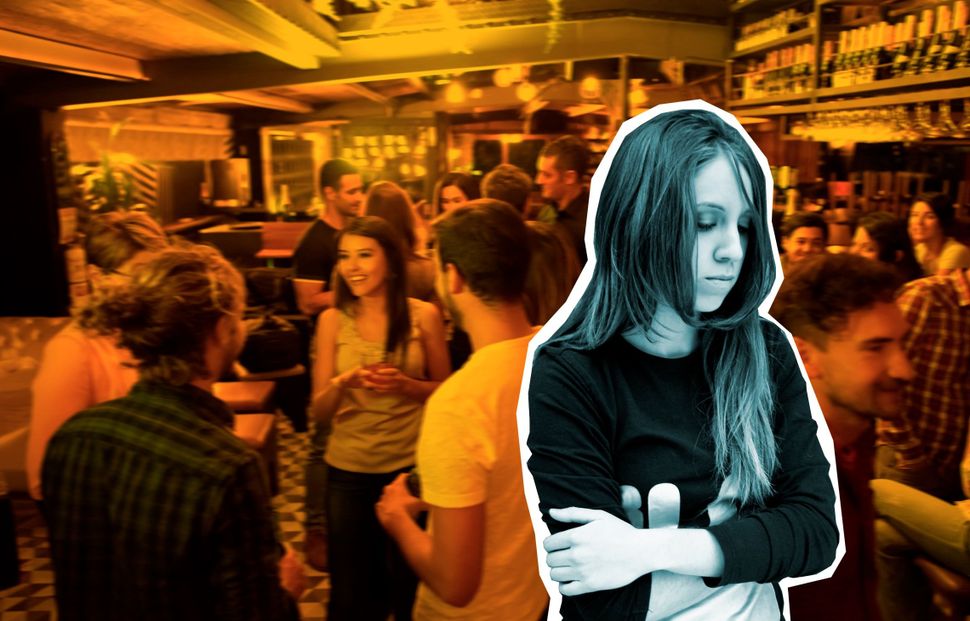 Earlier this month, a woman who had broken with ultra-Orthodox Judaism welcomed another ex-Orthodox man into her home in New Jersey. The man had promised to advise her on managing divorce proceedings with young children. He claimed to have been through a similar ordeal, she said.

Instead of asking her about her upcoming trial, the man began trying to kiss the woman as soon as he entered her home. The woman, who did not want her name used for fear of reprisals from the man, told the Forward that she was afraid he might hurt her if she refused to have sex with him. She told him to use a condom, but says he eventually penetrated her anally without one.

Though the woman has met repeatedly with law enforcement to discuss her allegations and has given an official statement, no charges have been filed against the man she accuses of sexual assault. The man did not respond to multiple requests for comment; neither did the police.

The woman shared her story in Facebook groups frequented by the people in the “off the derech,” community, the community of people who have left ultra-Orthodox Judaism. Her posts led several other women to come forward accusing the same man of sexual assault and sexual misconduct.

Such allegations of sexual assault are hardly an isolated event in the OTD community. Women in that world are shocked to learn that the secular world can be just as dangerous and cruel as the repressive ultra-Orthodox societies they left. Multiple women spoken to for this article reported being preyed on by both secular and OTD men who take advantage of their vulnerability. They say that OTD men and women need sex education — from condoms to freely given consent — just as badly as they need English tutoring and résumé-writing classes.

“When you’re younger, before you have left, you idealize the secular world, and you think it will be better when you get out. And then you realize it’s not better. It’s worse,” said one woman, who claims she experienced multiple sexual assaults at the hands of ex-Orthodox men.

“We don’t know how to say no,” said the woman, who asked to remain anonymous. “And we don’t know what is right and wrong.”

Women who leave arranged marriages in all cultures often end up in abusive relationships immediately afterward, according to Fraidy Reiss, who was forced into marriage at 19 and left her ultra-Orthodox Jewish community at 32. Reiss is the executive director of Unchained at Last, a not-for-profit that helps extricate women from arranged marriages.

“Many of them have been shunned by their own families, and that makes them really vulnerable to somebody who comes around and says, ‘I’m going to help you out, I’m going to take care of you,” she said.

In the New York area, the OTD community is supported by two organizations: Footsteps, a not-for-profit that provides support services and social events for OTD Jews, and OTD Meetup, which sponsors happy hours, trips to sporting events and barbecues for the OTD community.

Many in the OTD community credit these groups — Footsteps in particular — of saving the lives of people who leave ultra-Orthodoxy and then find themselves using drugs or engaging in risky sexual behavior. Their programs and events give OTD people the chance to make friends with people who have also struggled to leave the strictures of ultra-Orthodox life.

However, according to multiple women interviewed for this article who reported having been sexually assaulted by at least one man in the OTD community, the events also provide opportunities for men who have grown up thinking they are entitled to sex to find partners among women who do not know that they can say “No.”

Both the woman seeking custody of her children and the man she is accusing of sexually assaulting her were members of Footsteps at the time of the assault. They first met at an OTD Meetup event for parents of young children.

In a September 11 email to Footsteps members, Footsteps’ executive director, Lani Santo, hinted that the organization would soon offer “educational workshops” on “sexual misconduct, consent and healthy relationships.” Santo did not respond to an emailed question asking if Footsteps had ever held any formal or informal sex education classes.

Ex-Orthodox women who have experienced sexual assault at the hands of men in the OTD community say that the men think there is nothing wrong with pressuring women into sex.

“The men who leave often assume that this will simply lead to increased access to what they already see as their natural right,” Deborah Feldman, author of “Unorthodox: The Scandalous Rejection of My Hasidic Roots,” said in an email. “When they pressure or threaten women to have sex, they don’t see this as different from manipulating their wife into sex during marriage — if it wasn’t considered rape then, so why should it be considered rape now.”

Without adequate sexual education, OTD women may continue to think that they should allow any man who expresses interest in them to engage with them sexually.

“To many of us, we don’t how to read the cues outside, in the secular world,” said one woman, who reported having been sexually assaulted by multiple OTD men. “We don’t know the lines.”

One OTD man said that some men in the community “don’t know how to act.”

“When people leave the community, they’ve been sexually stifled their entire lives, and now all of a sudden they don’t have people watching their every move,” said the man, who asked that his name not be used.

Many women who have recently left Orthodoxy post on social media about the daily challenges of eating cheeseburgers and wearing pants, said Leah Vincent, author of the memoir “Cut Me Loose: Sin and Salvation After My Ultra-Orthodox Girlhood.” Those problems, Vincent says, are nothing compared with the task of un-learning the repressive ideas instilled in many ultra-Orthodox upbringings.

“When you’ve been taught that you’re nonexistent, it can be really hard to reshape your brain,” she said.

Sam Heilman, a professor of sociology of Orthodox Judaism at Queens College and the author of “Defenders of the Faith: Inside Ultra-Orthodox Jewry,” said because of strict sex segregation — enforced from early teenage years on — ultra-Orthodox men and women do not learn how to interact outside the realm of sexual activity.

“They’ve been sort of trained that it’s all or nothing at all,” he said.

Young couples-to-be may receive sexual instruction from a rabbi in their community, but, Heilman says, the rabbi often focuses on the spiritual aspects of sex, and not on “the practicality for what they have to do.”

“For many of these young men and women, the marriage night is not only a very important time in their lives but it is the first time in their lives that they’ve actually had a physical sexual encounter with someone else,” Heilman said. “It’s a very traumatic event for them.”

The memory of these traumas, and the lack of sexual education in ultra-Orthodox society, has led many of the people commenting on social media about the recent allegations of sexual assault to temper their anger with sympathy. Even as a storm of criticism and condemnation of the man accused by multiple women of sexual assault has mounted in OTD Facebook groups, many people are urging empathy for the man — including those of his alleged victims.

The woman who originally posted about an alleged sexual assault by “Mike NY” wrote, in her first post, that she was “not sure how much he is to blame; as I did not put up much of a fight.”

“Perhaps he’s just socially unaware,” she added. However, she said, “I’m not sure how much of an excuse that can carry, as the guy is about 10 years older than me, and has been OTD since his teens; meaning, he had plenty of time to learn.”

Another woman who reported being pressured repeatedly by the same man to have sex, but who did not report that he assaulted her, said that, in many cases, ex-Orthodox men who try to pressure women to have sex don’t understand that what they are doing is wrong.

“You’re brought up your entire life that you’re not allowed to talk to girls, and the first time you ever talk to a girl is to have sex and have babies,” she said. “That is their first relationship. So automatically a woman becomes a sexual object. A man becomes someone who is in charge. And that is all it is. It is very hard to get past that.”

The woman, who says she was molested by a family member as a child, also said that she has been sexually assaulted multiple times by OTD men since getting divorced. She no longer goes out with men she doesn’t know, and makes sure to tell the men she goes on dates with before they meet that she will not have sex with them.

“If I am thinking of what they’re gonna think before what I really want, then I’m gonna end up being violated,” she added.

The woman said she worried about the accused man amid the allegations against him of sexual misconduct and assault.

“It truly bothers me that this is happening,” she said. “Because he is human. At the end of the day, he is human, just like me, just like you.”

Even After Leaving Ultra-Orthodoxy, Women Report A Culture Of Sexual Misconduct