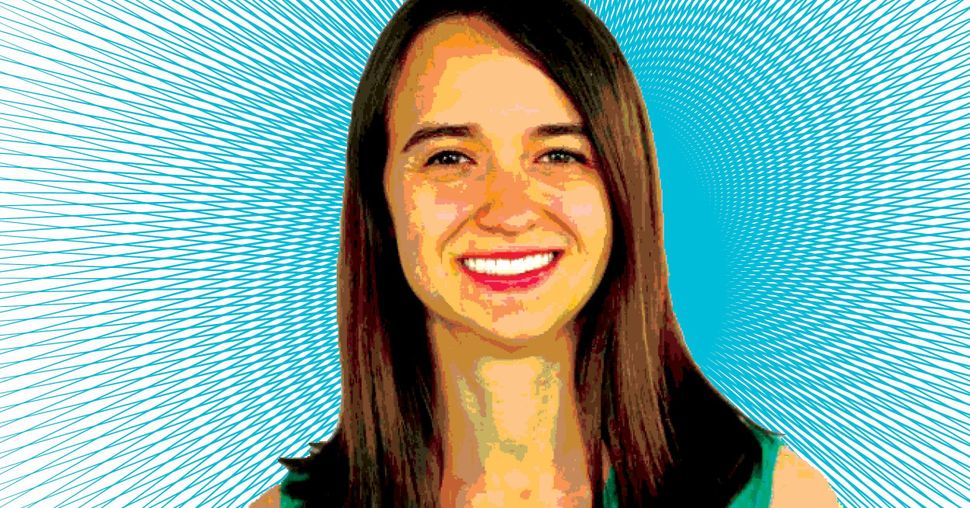 Along with her husband Ezra Levin, 31-year-old Leah Greenberg is the founder of Indivisible, a grassroots anti-Trump advocacy group that provides progressives with practical political guidance and has inspired thousands of local activist groups.

Indivisible gives advice, like how to contact your local member of Congress, the best tactics for speaking out at a local town hall meeting, and how to corral the media to get out your message. Greenberg and Levin are both former Democratic congressional staffers. They formed Indivisible with a small group of friends last December, on the heels of Trump’s upset election victory.

A native of Chevy Chase, Maryland, Greenberg previously worked for a foundation fighting human trafficking and slavery. She was also the policy director for the gubernatorial campaign of Virginia Democrat Tom Perriello, for whom she worked as a staff assistant when he served in Congress.

But spearheading the Trump resistance is really what has inspired Greenberg the most — and made her feel connected to her Jewish roots.

As Greenberg told the Jewish Telegraphic Agency earlier this year, “I see myself as being part of a tradition of Jews organizing for social justice, and recognizing that our own status of a minority group that has been persecuted calls on us to support others who are under attack.”