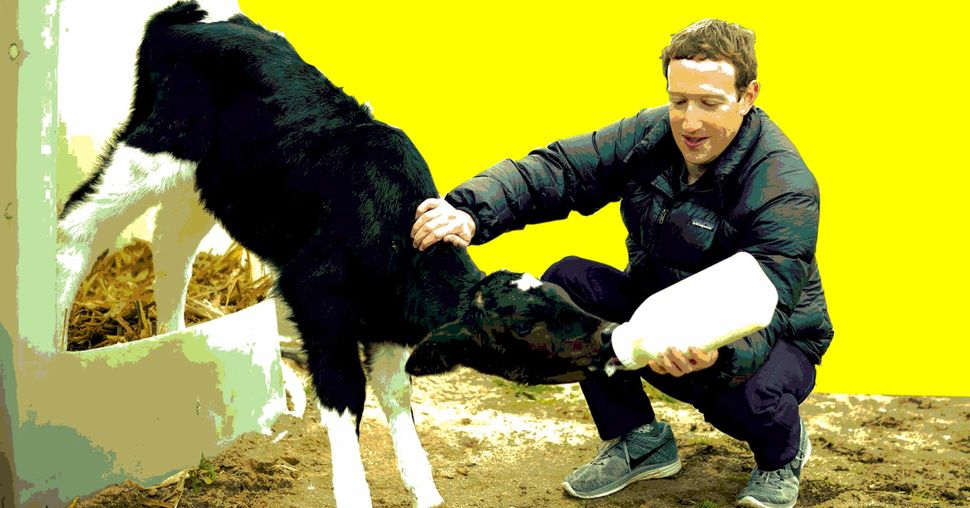 Throughout the country — maybe even in your hometown — there have been Mark Zuckerberg sightings.

The 33-year-old Facebook founder has left Silicon Valley and gone out among the people, powering through a New Year’s resolution to visit all the states in the union before December is out. He’s traveled to a black church in South Carolina, a working-class home in Ohio, a family farm in Wisconsin and more. The road trip — along with his choice to retain top political consultants — has set off whispers that Zuckerberg might run for president in 2020.

It seems Zuckerberg couldn’t avoid politics even if he wanted to. Most news is now consumed through social networks — with Facebook ranked first among them. With fake news and targeted advertising gaining clicks and perhaps swaying votes, the site faced intense pressure after the election to more closely monitor its posts. Those demands for vetting have, in turn, spurred other concerns about censorship and whether private companies are the appropriate arbiters of public speech.

Add to that the influence that Zuckerberg and his wife, Priscilla Chan, have had in remaking the world of philanthropy. The couple, who this year had a second daughter (August, born in August), started their $45 billion foundation, the Chan-Zuckerberg Initiative, upon the December 2015 birth of their first daughter, Max. Its stated goal: to cure all diseases during her lifetime.