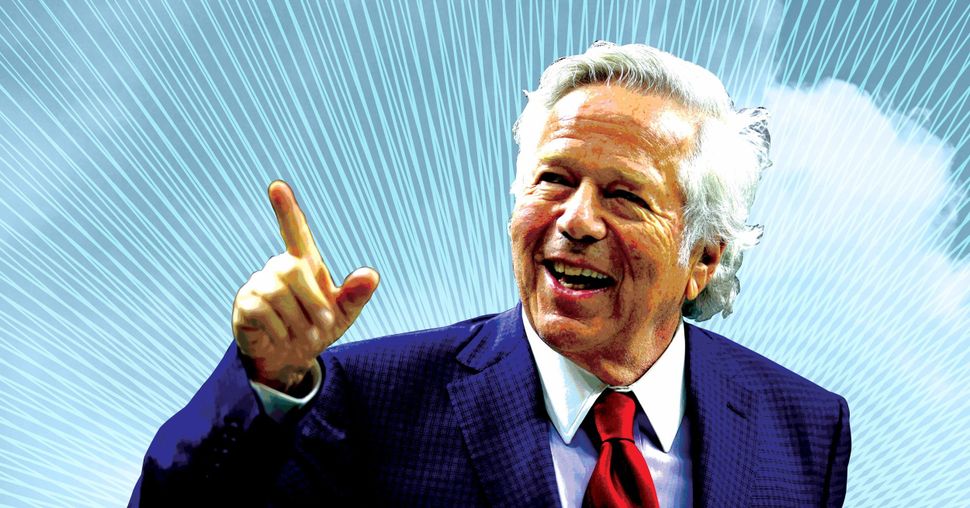 The NFL’s Best Owner, Loved By Athletes And Trump Alike

Robert Kraft is one of the most successful owners in sports history. Since he bought the New England Patriots in 1994, the team has sold out every game and won five Super Bowls, including last January in one of the most exciting comeback wins of all time.

Despite the Patriots’ reputation for stretching the rules — the team has been accused of secretly taping opponents’ practices and of using deflated footballs to gain competitive advantages — Kraft’s personal reputation has stayed clean, largely due to his philanthropy. He has given over $100 million to causes like Boston’s Combined Jewish Philanthropies, Brandeis University and the Israeli Football League, and even invited the family of a teenaged Jewish Pats fan who was killed in a West Bank terror attack to watch the Super Bowl in his luxury box.

Kraft, 76, is also a longtime friend and supporter of Donald Trump, who called Kraft regularly after the death of his wife, Myra Kraft, in 2011. Kraft donated more than $1 million toward Trump’s inauguration festivities. But after Trump repeatedly criticized National Football League players for kneeling during the national anthem to protest racism and police brutality, Kraft stated that he was “deeply disappointed” by the president’s tone and pledged his support for his athletes.

As the Patriots defend their championship during the NFL’s most highly charged political season in memory, it remains to be seen whether Kraft will be able to maintain the support of the president — or of his athletes.