At Las Vegas Synagogue, A Promise That Love Will Prevail 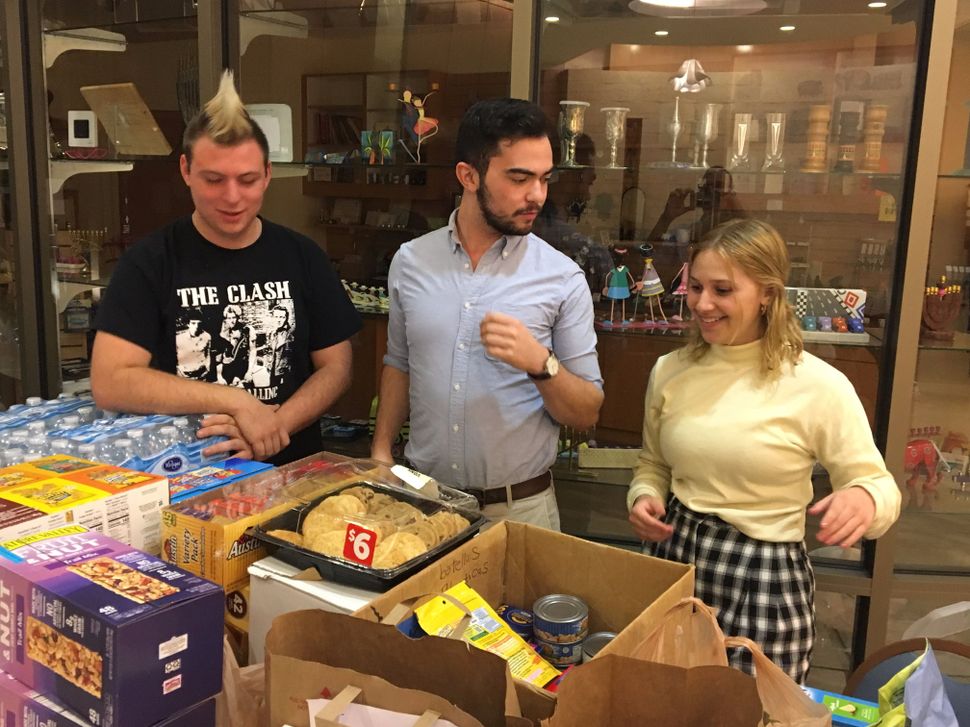 Before saying the prayer for healing of the sick, Rabbi Malcolm Cohen asked his congregants at Temple Sinai in Las Vegas if anyone knows someone who was injured in Sunday night’s shooting. Five raised their hands and listed the names of their friends and relatives still hospitalized. Then, when it came time for the kaddish prayer commemorating those who had passed away, seven congregants stood up and named friends and acquaintances that had lost their lives in the attack.

Cohen was not surprised.

“The thing that people need to know about Las Vegas is that even though it’s like two million people around the valley, it’s essentially a small village and everyone knows everyone,” he said, as members of the congregation walked out of the special evening service he had organized in order to help the community cope with the horrors of Sunday night’s attack on the Strip.

With more than 100 members of all ages holding hands and leaning together in prayer and song, Temple Sinai sought to instill some optimism and hope at a time of grieving.

“One of our jobs in the following days and weeks is to put out more love,” Cohen told his congregation. “Hopefully, we will see some in return.”

“I think I feel worse now than when I came in,” joked Phyllis Feigensiv after the moving service. “But, seriously, it was good to commiserate with everybody. There’s a sense of community and a sense of love here, and its good to share feelings.”

This sense of togetherness is what brought members of the community to fill the room in a service, which was scheduled in the last moment. It is also what drove them to collect water and snacks for distribution in area hospitals and to sign up members to a blood drive at the synagogue in the coming weekend. Many had tried to donate blood yesterday, but were met with long lines of volunteers waiting outside collection stations.

“Sukkot is meant to be about joy,” Cohen told his congregants, promising that despite the horrific news, “the potential for this week is for the balance to fall on the side of love.” He took issue with the sometime negative reputation Vegas has in American public opinion, noting that “what they don’t know is that that people here have huge hearts.”

“I promise you, it will all be okay,” he concluded the emotional service, which spanned from traditional prayers, an adaptation of a Matisyahu song, and a Shabbat prayer, meant to uplift the spirit even though it was said on a Monday.

For the community mourning their dead and praying for their wounded, the service seemed to fulfill its purpose, sending off congregants with a touch of optimism after hours of repair.

For several Israeli expats who are now members of Temple Shalom, this incident was a painful reminder of the terror they had experienced at home, although their personal history may have immune them from fear.

“After all we’ve been through in Israel, we’re not afraid. We just want to be careful,” said Varda Reices. And Yoram Segev added: “As someone who lived in Israel and was under bombing in Jerusalem and served in the military, this doesn’t scare me.”

The congregation will convene again this week for their regular Sukkot services. In between, members plan to make the rounds at hospitals, offer prayers, songs, and some baked goods for the families of the injured.

At Las Vegas Synagogue, A Promise That Love Will Prevail