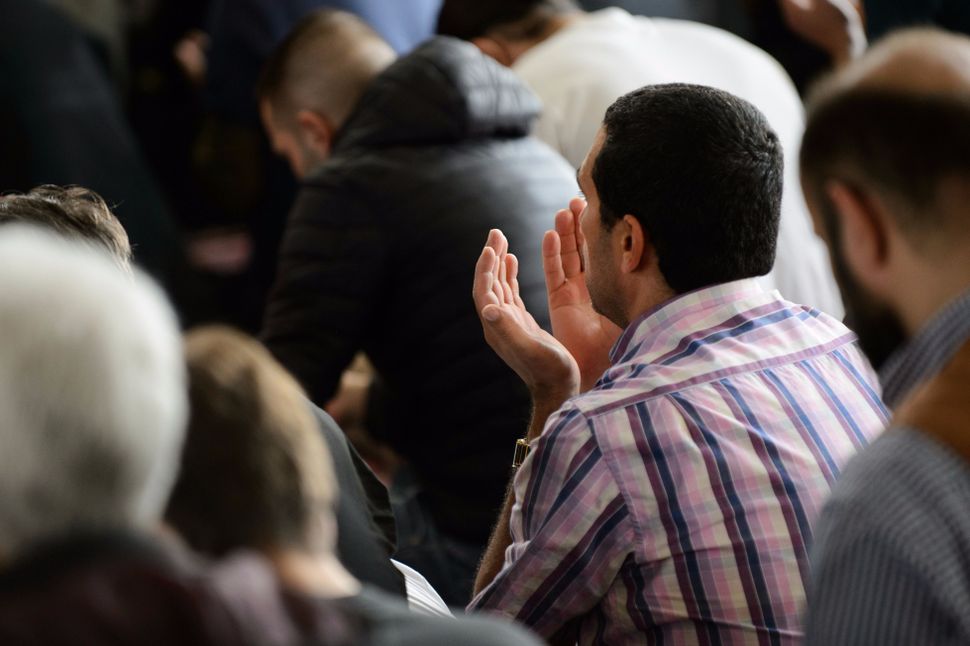 The meaning of “Allahu akbar” was at the center of a polarized debate this week in the wake of a terror attack in which a motorist plowed down a crowd in Manhattan and reportedly shouted the Arabic phrase.

Since then, pundits have been arguing over the use and meaning of the expression.

“The Arabic chant ‘Allahu Akbar,’ God is great, sometimes is said under the most beautiful of circumstances,” CNN’s Jake Tapper said on Tuesday afternoon, hours after the attack. “And too often, we hear it being said in moments like this.”

“Allahu Akbar” is a prayer; if we don’t understand how radical Islamic terrorists justify their evil using religion, West cannot defeat it

But what does the phrase, also known as the takbir, actually mean — and does it have an equivalent in Judaism?

“Allahu Akbar” has a range of uses — from an affirmation of one’s belief in God’s supreme power to a more everyday expression of surprise to a rallying battle cry. The phrase translates literally as “God is [the] greatest,” sometimes rendered in English simply as “God is great.” It’s heard in the adhan, the call to prayer — sounded five times a day — and during the prayers that follow.

The phrase may have no exact Jewish equivalent — but here are a number of parallels.

“Allahu akbar” might be uttered in everyday situations to express surprise or thanks. In this way, the Hebrew phrase “Baruch HaShem” — literally “Blessed is the name,” but meaning basically “thank God” — gets at the same idea.

As a daily affirmation of God’s power, the takbir is also similar to the Shema, which also amounts to a public proclamation of a monotheistic reverence: “Hear, Oh Israel, the Lord is our God, the Lord is One.”

As a call to prayer, letting listeners know that a sacred service is about to begin, the takbir could also be similar to the Barekhu, which is recited in morning and evening services, as well as by the person called for an aliyah to bless the Torah before it is ritually read. “Bless the Lord, the Blessed One,” the Barekhu begins. The congregation responds with: “Blessed is the Lord, the Blessed One forever and ever.”

The takbir is also employed as a rallying or battle cry. One contemporary Jewish equivalent to this could be “Am Yisrael Chai” or “The People of Israel Live.” “Am Yisrael Chai” is not an inherently violent cry — indeed, it is the main lyric to a famous Jewish song — but has also been used as a rallying cry for Jewish nationalists. (The two phrases may even sometimes be used in confrontational shouting matches between Jews in Muslims in Jerusalem.)