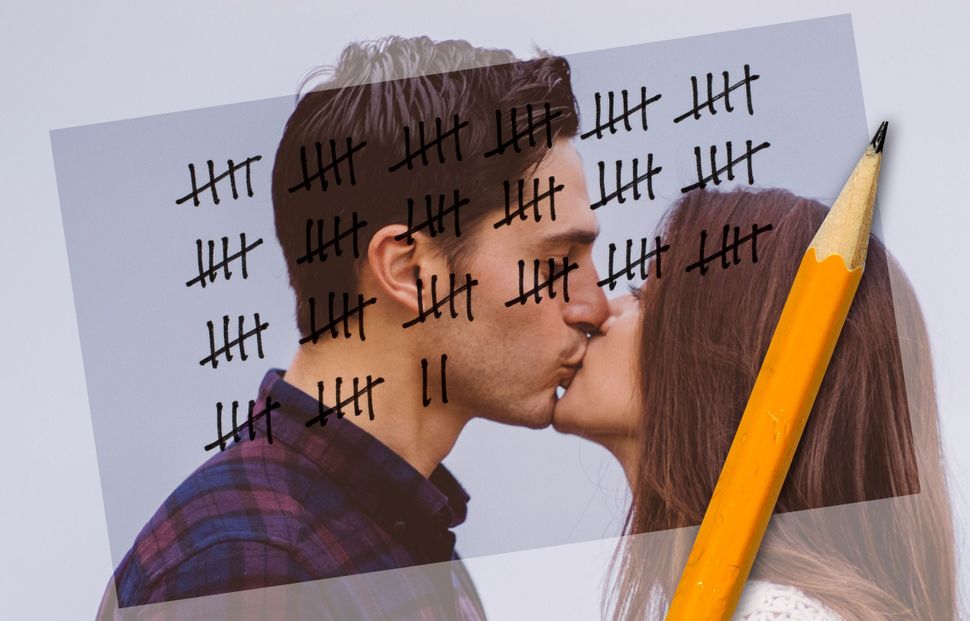 For at least two decades, generations of participants in Conservative Judaism’s youth movement have played a game in which they compete for points by hooking up with each other.

The game, called the “points system,” has been a widespread part of the culture of United Synagogue Youth since the 1990s, according to multiple alumni who spoke with the Forward. Its rules assign a point value to each member, ages 14 to 18, based on what role the member plays within the USY hierarchy.

A hookup with a regular member is worth one point, according to one version of the rules posted years ago on Facebook and confirmed by a current USY student leader. A hookup with a local chapter president is worth three points. A hookup with a member of the international student board is worth eight points.

That version of the rules awards nine points for hookups with the youth movement’s adult staff members.

Sexual experimentation is a fact of life anywhere teens gather. But the “points system” explicitly links sex to power and status within the youth organization.

USY leadership says that the game is a myth. In a statement, Rabbi Steven Wernick, CEO of the United Synagogue of Conservative Judaism, which controls USY, acknowledged that “isolated incidents of inappropriate behavior” occur on USY programs, but he said USCJ believes “that at this time the point system is more of myth and legend than reality.”

Yet, a current USY student leader interviewed by the Forward who now plays the game said that though less-involved members are not always aware of the “points system,” other USY student leaders keep track of their scores. USY alumni say that the game has been a persistent aspect of USY life for decades.

“It’s this weird situation of everybody knows it exists, but everybody tends to insist that it’s not actually real,” said Raphy Gendler, a freshman at Cornell University who sat on a regional USY board last year.

Amid a cultural moment in which unspoken understandings about sex and consent are being re-examined, the atmosphere around sexuality at USY is now under scrutiny. Earlier this week, USCJ announced an internal investigation after a man wrote on Facebook that a USY leader fondled him at a USY event in the 1980s. USCJ suspended the leader, who until last week was leading youth trips for USY on a contract basis.

The “points system” does not appear to have existed at the time of the alleged incident that spurred USCJ’s investigation. But interviews with USY alumni in recent days have revealed an institutionalized, semi-underground system that operates with the knowledge of USY staff and feeds on peer pressure and teenage sexual anxiety to reinforce the values of in-marriage, leadership hierarchy and Shabbat observance that USY promotes.

Facebook comments indicate that USY may not be the only Jewish youth group that plays a version of the “points system” game. Open Facebook groups and other online mentions related to other Jewish youth groups refer to similar systems with similar rules.

In a statement to the Forward, USCJ said that it had instituted policies and training in 2011 relating to behavioral codes on USY programs. Every USY weekend gathering or retreat includes a discussion about appropriate behavior, and USY participants sign codes of conduct promising to, among other things, not engage in “inappropriate sexual behavior.” Violations of the code of conduct can result in a year ban from USY conventions and summer programs.

“We discuss and teach self-respect, respect for others and acceptable boundaries,” USCJ said.

Former students and staff across decades, genders and regions acknowledged being familiar with the rules of the game. Staff members, many of whom are former youth participants in USY’s programs, appear to have tacitly accepted the game’s existence for years.

“Staff know about it,” the current student leader said. “It’s usually laughed off.”

The rules of the USY “points system” are straightforward: Each member is worth a certain number of points. Rank-and-file members are worth one point. Members of the chapter board are worth two. The international president of the organization, a student elected each year, is worth nine. Hook up with a USY member — a kissing session counts — and you earn the number of points they are worth.

Despite their vulgarity, the game’s rules closely mirror USY’s explicit values. Under the widely acknowledged rules of the “points system,” hooking up with a non-Jew forfeits all the points you have earned. That dovetails with the Conservative movement’s emphasis on Jews marrying Jews, and its opposition to intermarriage. The movement has stuck by this position despite dissent from some rabbinic leaders. Until 2014, USY’s official rules barred student leaders from dating non-Jews.

“Intermarriage is a very widely talked about topic in Conservative Judaism right now with teenagers,” the current USY student leader said. “If you look at the roots of the [points] system, that’s reflected.”

“In retrospect, it was all super creepy,” said one former USY member who was active in the early 2000s. She said that after she was made president of her chapter, other members told her, “You’re now chapter president; this is what you’re worth.”

The writer David Levy, who was active as a student member of USY in the mid-1990s, recalled a meeting of USY’s international youth board at which the organization’s student leaders passed around a piece of paper and asked everyone in the room to write down the number of points he or she had accumulated.

“So much of Jewish youth group culture is about running for and being on boards, getting bigger and better leadership positions,” Levy said. “[In] the point system, the higher your leadership ranking, the more points you’re worth. That is the one and only measure of sexual desirability for this game.”

Another former USY member who later served as a staffer said that in the late 2000s, the game was more of a well-known joke than something members actually kept track of. Still, the former member said that members were very aware of the value that the game assigned to them.

The person acknowledged that the game’s rules mirrored the organization’s values. “There’s [this] weird element that there was something decent within it, despite it being a little bit creepy,” the person said.

None of the people interviewed for this story said that they were aware of students engaging in sexual conduct with staff for the purposes of the game. But the game’s rules make references to staff, including theoretically awarding the highest possible number of points for hooking up with a staff member.

USY has faced sexual misconduct allegations against staff in the past. In 2003, a former USY counselor admitted to molesting four boys on a USY trip in 1997 and was sentenced to nine years in prison. And in 2013, the son of a prominent USY leader accused his deceased father of molesting him and other boys in the 1960s and ’70s.

Recent participants in USY said that the game feeds on a culture of peer pressure around sex within the youth movement. “There’s an immense amount of peer pressure in the community,” the current student leader said. “In some ways a reinforcement of that is you get points and you’re cool if you do it, and you get more points and you’re cooler if you do it with someone important.”

Gendler also said that the game was part of an intense hookup culture at USY. “The points system was part of this obsession with hooking up that was prevalent in USY,” he said.

The current student leader was critical of the culture surrounding the game but defended the game itself. The student said that everyone kept track of his or her own points for fun. “It’s not the reason people hook up,” the student leader said. “People will laugh and [say] like, ‘LOL if I do it I get this many [points]’… but there is no part of this organization that takes it seriously enough where it would be the main motivating factor in getting with someone.”