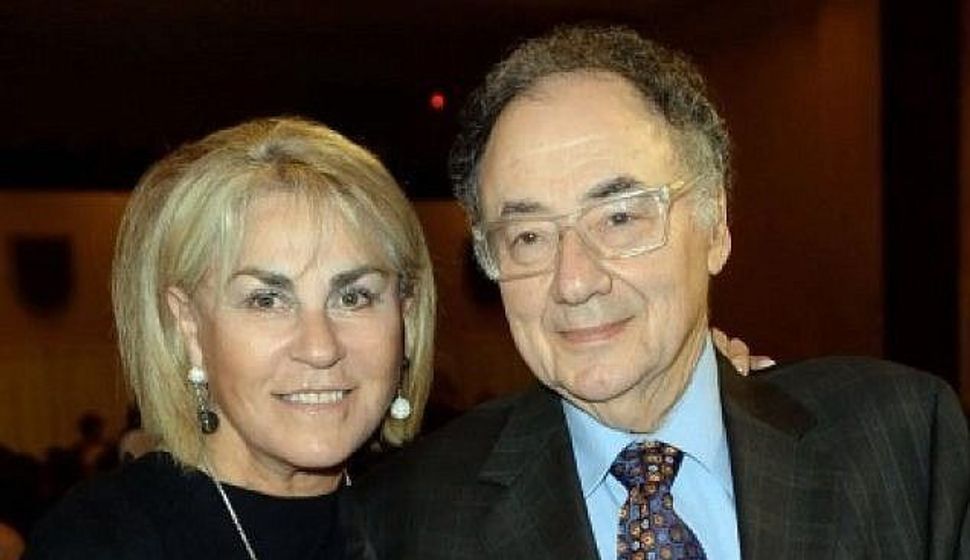 The family of Canadian-Jewish billionaire couple Barry and Honey Sherman, found dead at their home in Toronto on Friday, have slammed the police for allegedly circulating rumors that their death was a murder-suicide.

In a statement, the family rejected the account – attributed to “police sources” in the local media – that Barry Sherman may have murdered his wife, hanged her body and then himself from a railing that surrounded their basement pool.

The Shermans’ four children said their parents “shared an enthusiasm for life and commitment to their family and community totally inconsistent with the rumors regrettably circulated in the media as to the circumstances surrounding their deaths.”

They added: “We are shocked and think it’s irresponsible that police sources have reportedly advised the media of a theory which neither their family, their friends nor their colleagues believe to be true.

“We urge the Toronto Police Service to conduct a thorough, intensive and objective criminal investigation, and urge the media to refrain from further reporting as to the cause of these tragic deaths until the investigation is completed,” the statement concluded.

Sophie and I are saddened by news of the sudden passing of Barry and Honey Sherman. Our condolences to their family & friends, and to everyone touched by their vision & spirit.

Local news outlets in Toronto quoted police sources as saying the couple’s bodies were discovered on Friday afternoon by a real estate agent. The couple had recently put their home on the market for about $5.4 million.

Toronto’s Jewish community was stunned by the loss of the Shermans, who were considered the wealthiest and most generous of the country’s donors to Jewish and other philanthropic causes.

“Everyone is shocked and heartbroken by what happened,” said Eli Rubenstein, national director of March of the Living Canada – one of the groups the couple supported. “The Shermans are among the leading philanthropists in Canada. They may be the most generous in the country, and definitely among the most generous,” he told Haaretz.

Rubenstein noted that in addition to their donations to Jewish charities, the couple supported a “host of universal causes.” Holocaust education, he added, was an important cause to the couple. Honey Sherman had been born in a European displaced persons camp to parents who survived the Holocaust.

Flags were lowered to half-mast at Toronto’s Sherman Campus, which houses a UJA Federation headquarters, a Jewish community center, the community’s Centre for Israel and Jewish Affairs (CIJA), and Jewish family services and other agencies.

Bruce Leboff, chairman of the board of the UJA Federation of Greater Toronto, announced that the flags would remain at half-mast until after the traditional 30 days of Jewish mourning for the couple. He noted in a statement that “only a few weeks ago” the Shermans had attended a ground-breaking ceremony for the final phase of the campus’ construction, and that through the campus “their impact will live on – a legacy of caring, selfless devotion and generosity.”

Nearly 100 emotional messages were posted on a memorial page set up by the UJA Federation of Greater Toronto, with friends and members of the community describing themselves as “stunned” and “saddened.”

“Honey and Barry were inspiring leaders for UJA Federation, the Jewish community, and Canadian society,” said Federation CEO Adam Minsky in a statement. “They led with their generosity, time, intelligence and hearts.”

Barry Sherman posing for a photo earlier in his career at the family company he established in the 1970s, Apotex.Andrew Caballero-Reynold/AFP/Apotex Board member Mike Diamond posted: “Many of us are reeling right now. It makes no sense. It is a tragedy of epic proportions.” Diamond said the Shermans were “incredibly wealthy but did not live that way – except with their charity, which was over the top. They were by far the largest donors to UJA annually and made significant capital donations as well. … This community would not be what it is today, one of the stronger communities in the Diaspora, without Honey and Barry.”

Bernard (“Barry”) Sherman, 75, was the fifth wealthiest person in Canada according to a 2016 ranking in Canadian Business Magazine, which put his net worth at more than $3.6 billion. This year, Forbes named him as the 12th richest Canadian and ranked him at number 660 in its list of the world’s wealthiest billionaires.

Sherman was an engineering and physics prodigy, and earned a doctorate in astrophysics from MIT. He planted the seeds to his fortune in 1974, when he bought his uncle’s pharmaceutical company with his mother’s life savings, growing it, selling it and then founding the family company, Apotex. Today, the firm is one of the world’s largest generic pharmaceutical concerns, which he presided over as CEO and then chairman. The company employs more than 10,000 workers and sells pharmaceuticals in more than 115 countries.

According to a profile in the Canadian Jewish News last summer, Sherman contributed a record-breaking amount to the organized Jewish community in Canada – more than $50 million to the UJA and the Joint Distribution Committee over the years, as well as a long list of other groups.

On his company’s website, Sherman wrote that the company was “proud” of being the top pharmaceutical company in Canada for total corporate donations to numerous charities and philanthropies through the company’s charity, the Apotex Foundation.

Honey Sherman, 70, was active in the community in her own right, having chaired the Jewish Foundation of Greater Toronto, the federation’s Israel and Overseas Committee, and the Holocaust Education Center. She also served on the boards of Mount Sinai’s Women’s Auxiliary, the Simon Wiesenthal Center and the JDC.

“Whenever there was a financial challenge, the Shermans would be there to solve it, backstop a situation and provide support,” wrote Diamond on the Federation memorial page. “Every community has one or more families who make an incredible difference, who are always there, not just when things are going well, but when the chips are down. The Shermans are that family in our community.”

Diamond noted that in addition to high-profile donations to large organizations, the Shermans were also willing to give to new groups, and that recently, when a Jewish-backed organization was founded to help African countries in crisis, their company donated millions of dollars worth of free pharmaceuticals.

In terms of their participation in Jewish religious life, Diamond said Honey was “more traditional and Barry was more secular. He prided himself on his atheism. Barry might not have been a synagogue-goer, but in the best sense of the word he was a mensch. They both did the right thing in terms of helping very, very, worthy causes.”

Among those sending condolences were Canadian Prime Minister Justin Trudeau and his wife, Sophie. Trudeau tweeted on Saturday: “Sophie and I are saddened by news of the sudden passing of Barry and Honey Sherman. Our condolences to their family and friends, and to everyone touched by their vision and spirit.”

Barry Sherman was a supporter of Trudeau and held a political fundraiser for the Liberal Party leader in 2015, ahead of the Canadian federal elections. The event was picketed by the right-wing Jewish Defense League, which criticized Sherman for supporting a leader who they claimed “supports giving billions of dollars to the regime of Iran” in the midst of the debate over the controversial Iran nuclear deal.