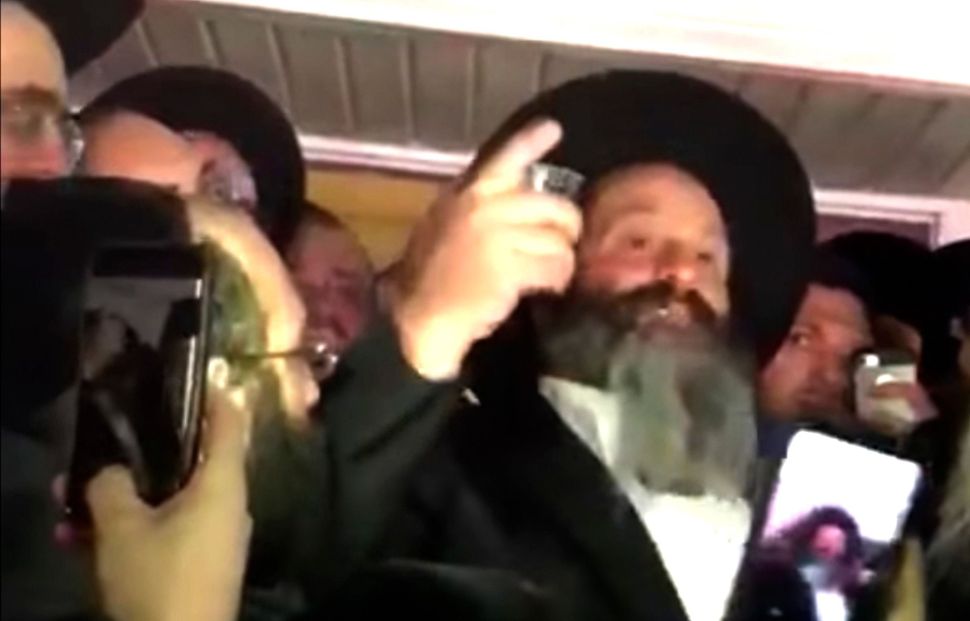 At the end of a meeting with President Donald Trump this fall about the Middle East peace process, attorney Alan Dershowitz turned the conversation to a matter closer to home: The prison sentence of Sholom Rubashkin, the Kosher meatpacking executive then serving a 27-year prison sentence for bank fraud.

Rubashkin, whose kosher meat firm AgriProcessors was the subject of a Forward expose in 2006 over the mistreatment of its workers, has been a case célèbre in some circles since his conviction in 2010.

Dershowitz is among Rubashkin’s most prominent supporters — and was probably the first to bring the matter to Trump’s attention. He questions the appropriateness of Rubashkin’s prison sentence, a federal judge’s handling of the case, the conduct of the prosecutors, and the “whiff of anti-Semitism” that he says he suffuses the matter.

In 2006 and 2007, AgriProcessors was the subject of a Forward investigation into the treatment of its employees, many of whom were immigrants from Latin America.

“The bottom line here is that I’m not sure these devout Jews are using Jewish ethics to treat their workers,” a local professor told the Forward at the time.

In 2009, Rubashkin’s plant was the target of what was then the largest immigration raid in U.S. history. Rubashkin was initially charged with both bank fraud and harboring illegal immigrants, but after being sentenced to nearly three decades in prison on the bank fraud charges, the immigration charges were dismissed. He was separately acquitted in state court in Iowa of child labor charges.

Dershowitz argued to Trump that prosecutors had unfairly manipulated Rubashkin’s sentence by driving down the company’s sale price, which increased the losses suffered by the banks that Rubashkin was found guilty of defrauding and therefore boosting his sentence. The federal judge who oversaw the case had rejected that argument in a ruling in January, but Trump was intrigued.

“When I explained that to the president, he understood that from a business point of view,” Dershowitz said.

A few months later, on December 20, Trump commuted the remainder of Rubashkin’s sentence, freeing him from the Otisville, New York prison where he has spent the past eight years and sending Brooklyn’s Orthodox community into ecstasy.

“In the whole jail nobody could be believe that I walked out,” Rubashkin said in a gleeful late-night celebration outside his Brooklyn home on Wednesday night. “They wanted to bury the guy for who knows how many years and he walked out.”

Rubashkin did not receive a pardon, still owes $26 million in restitution and will be under supervised release for five years. But his liberty represents the successful culmination of an intensive, years-long effort by attorneys, Orthodox leaders and members of Rubashkin’s own Chabad-Lubavitch Hasidic sect to set him free.

“They relentlessly pushed this issue,” said Michael Fragin, an Orthodox political analyst, of Chabad. “This was a real cause.”

Dershowitz’ conversation was the culmination of a years-long effort to build support for a pardon, and the beginning of a last dash to bring the president to a decision.

After the meeting, a set of letters from a range of public figures backing Rubashkin were shown to Trump, Dershowitz said. “It was Republican, Democrat, liberal, conservative, prosecutor, defense attorney,” Dershowitz said. “It made a very, very compelling case for mercy. For commutation.”

Rubashkin seems to have been at the front of Trump’s mind in recent weeks. New York Times reporter Maggie Haberman tweeted Thursday that at a recent meeting, Trump polled people in attendance about whether he should free the meatpacking executives.

According to a person with direct knowledge of the encounter, Chabad’s chief representative in Washington, D.C., Rabbi Levi Shemtov, was seen speaking one-on-one with the president during the White House Hanukkah party in early December.

Since his conviction, Rubashkin’s allies have mobilized aggressively on his behalf. Nat Lewin, a Washington, D.C.-based constitutional lawyer who has represented Rubashkin, recruited a number high-profile former officials to sign letters asking for intercession on Rubashkin’s behalf.

“It almost becomes a no-brainer at some point,” Shemtov told the Forward.

In videos posted online on Wednesday night and Thursday morning, giddy members of the Brooklyn Orthodox community welcomed Rubashkin home. Rubashkin thanked Trump during an address at 770 Eastern Parkway, the headquarters of the Chabad-Lubavitch movement.